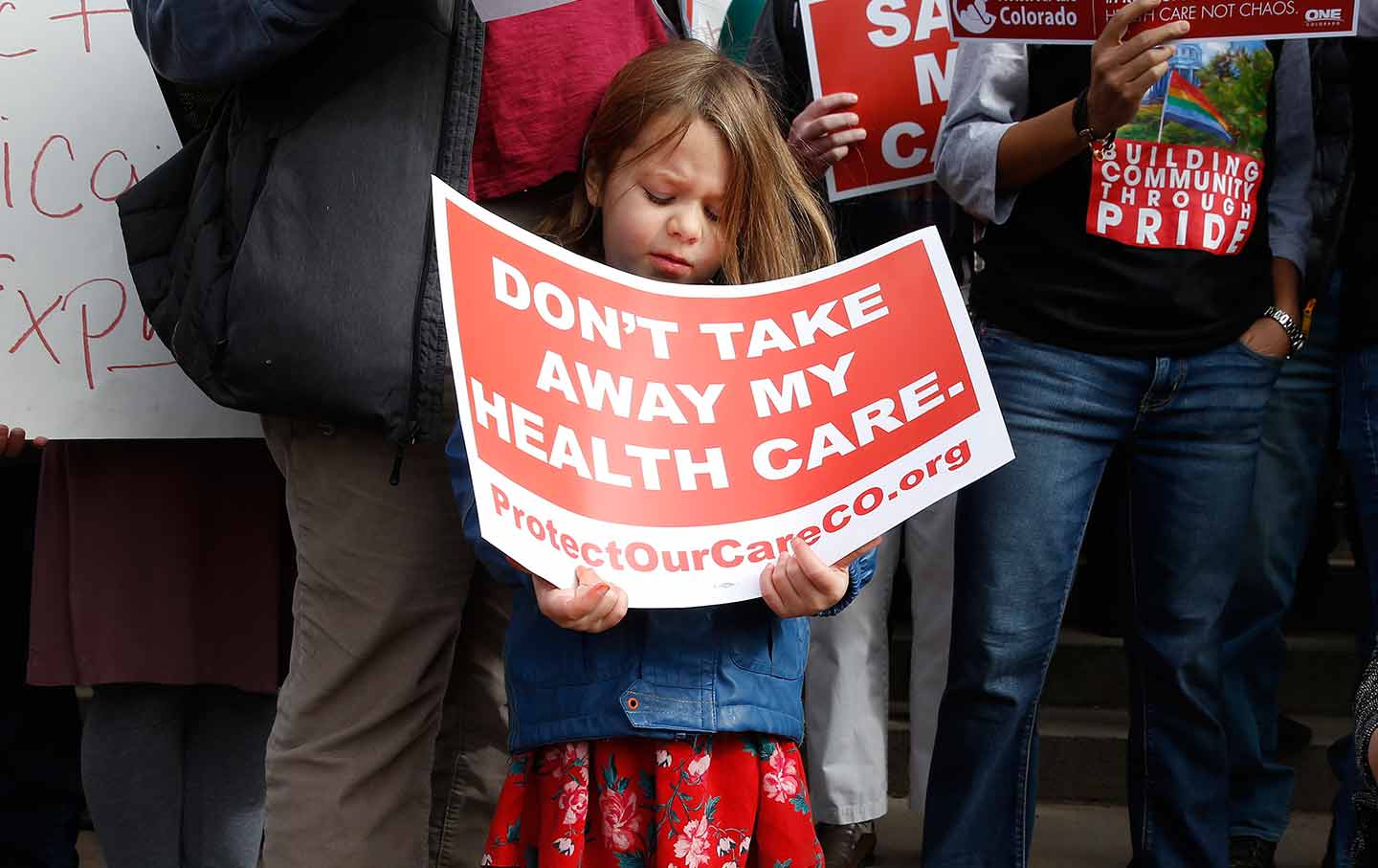 The numbers from the Congressional Budget Office are in: The GOP’s proposed replacement for the Affordable Care Act could cause 24 million Americans to lose their health insurance. And as The Nation’s Zoë Carpenter recently pointed out, the plan would also radically rewrite Medicaid and exacerbate our nation’s opioid epidemic by potentially taking away addiction and mental-health coverage from 1.3 million people.

Join a Stakeout to Save Health Care

Some people would benefit from the law; as The Nation details in a recent editorial, the richest 400 Americans would each receive an annual tax cut of $7 million. As the editorial states, “what the GOP finally proposed isn’t a health-care plan—it’s a tax cut for the wealthy, paid for by throwing Grandma under the bus.”

This Thursday and Friday, members of Congress will be home for a “district work period.” During that time, our friends at MoveOn are asking constituents to take one-hour shifts for “Stakeouts to Save Our Health Care”” outside the district offices of nine Republican senators and 23 Republican representatives. You can click here to see if your district is included and to sign up for a shift. If you don’t have the time, you can spread the word to your friends and family who may be able to attend and call your elected officials (find your senators’ numbers here and representative’s number here) to demand that they protect our health care.