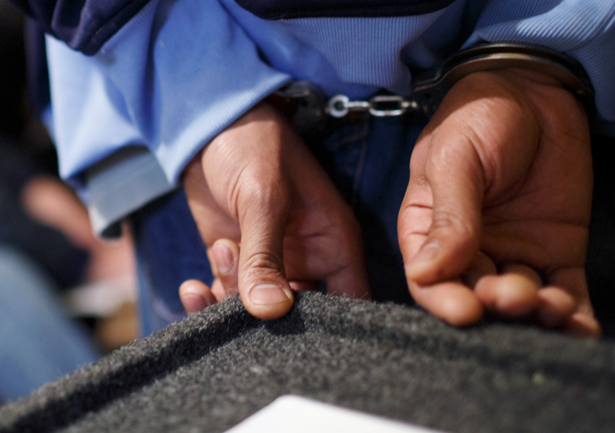 I like the Colorlines’ “Racial Justice Bucket List for 2014.” The activists and organizers included provide a good mix of the concrete/practical and more abstract/idealistic steps we should take toward achieving true racial justice. It’s obviously not an exhaustive list, as you’d need books upon books upon books in order to properly lay out a comprehensive plan for eliminating racism in the United States. Put frankly, this shit is complicated. But having goals helps, even if their only real achievement is keeping you sane in the midst of the chaos. I have a few things I’m working toward this year:

1. Reclaiming the definition of “racism.”
Twenty fourteen will be the year this is made clear to everyone: racism is not simply personal prejudice/bigotry that only manifests in the form of being unkind to someone on the basis of their skin color or calling them a derogatory name. Racism is a system of oppression, one that creates a society of first- and second-class citizens by denying rights and access to resources to non-white people. Racism is a system of power created by and maintained through public policy. Racist rhetoric or action is anything that reinforces/upholds that system. So until the day comes when the US government enacts laws aimed specifically and purposefully at ensuring that white people are shut out of education/healthcare/jobs/housing and shuttled into prison and poverty, I don’t want to hear any more about the growing discrimination against white Americans. It is nonexistent. Additionally, I will be more conscious about not using softer, ambiguous phrases when referring to racism. There is no more “race relations” or “conversations about race” or “racial issues/discrimination.” There is racism. We have to name it before we face it.

2. Putting respectability politics on the shelf where they belong.
I saw entirely too much of this in 2013. At the ugliest times, the politics of respectability—the idea that individuals can defeat systems of oppression by modifying their behavior and/or presentation to be more “acceptable” or “deserving”—reared its head and diverted our attention from real people’s pain and suffering. Children were being shot dead in the streets, and we were debating whether their pants sagged too low. Their schools were being closed, and we talked about whether they had good father figures in their home. They were stopped, frisked and beaten by police, and we somehow managed to chastise them for littering. This is the current state of discussion about racism: one that places the onus on those who are oppressed to comport themselves according to the rules that oppress them rather than eliminating the system. The problem is that there is no escape. You can do everything “right,” obey all of the rules, be exemplary in every way, and racism still does its work. Respectability politics are not rooted in fact or reality, only in a false notion of individualism that upholds structural oppression. By the end of 2014, it will no longer have currency.

3. Making every politician say the words “mass incarceration.”
It has been several years since Michelle Alexander’s seminal text The New Jim Crow made us all stand up and pay more attention to the issue of mass incarceration in the US. It is past time that this be made an issue that anyone running for elected office should be forced to address and have a plan for ending. It’s arguably the most crucial issue on any racial justice agenda, and we can no longer afford to allow our political class to stand silent on it.

That’s where I’ll start. It won’t be easy. It never is. But the fight is on, and as the Dream Defenders would say, I believe that we will win.