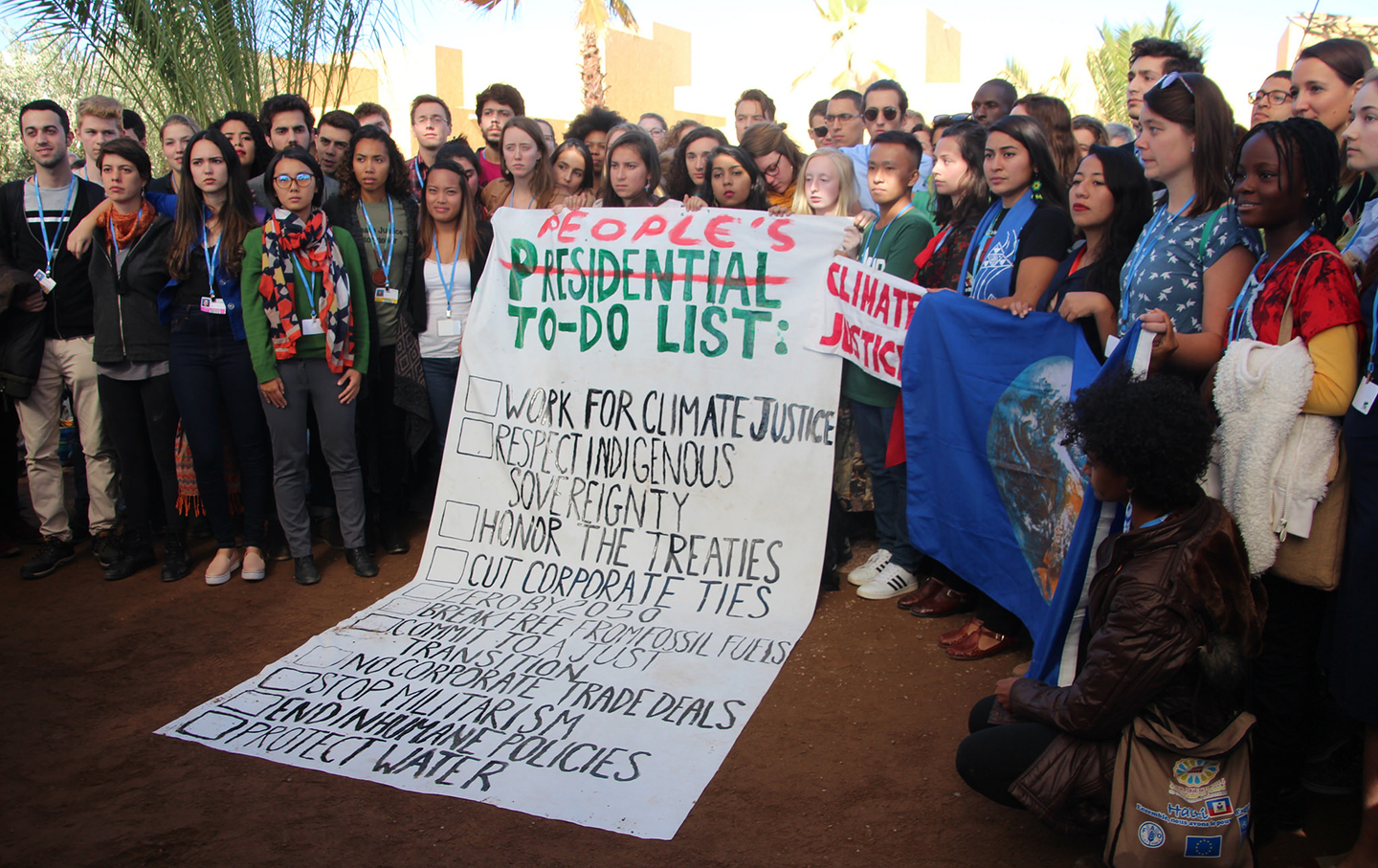 Youth in the UN Climate Change talks in Marrakech respond to the election of Donald Trump as US President. (Creative Commons/John Englart)

President-elect Donald Trump’s cabinet picks continue to horrify, as we approach the confirmation hearings for the “billionaires, generals, and ideologues” that he wants to appoint. This group threatens to roll back hard-won civil rights, make healthcare harder to access, and destroy the few regulations we have policing Wall Street. And thanks to Trump’s appointment of climate change-deniers to prominent posts related to the environment, they threaten to destroy our planet.

Join the Day Against Denial

Any nominee who denies the dangers of climate change and the need to end our reliance on fossil fuels must be stopped. There are quite a few of them. Secretary of State nominee Rex Tillerson was the CEO of Exxon, a company that funded climate-change denial for years after their own research pointed to the veracity of human-caused global warming. Environmental Protection Agency nominee Scott Pruitt built a career suing the very agency he is set to head. Secretary of Energy pick Former Texas Governor Rick Perry once advocated for the total elimination of the Department of Energy and sat on the board of the company building the Dakota Access Pipeline.

This Monday, January 9th, join the Day Against Denial. To show that we won’t stand for a climate-denying cabinet, people across the country will gather at their senators’ offices to demand that they reject Trump’s reckless picks.

You can find a map of events in all 50 states here and if you don’t see one in your area, there’s a toolkit to help you organize one yourself. Even if you can’t make a protest, follow #DayAgainstDenial on twitter and be sure to spread the word.

In this week’s issue of The Nation, the editors call on Americans to be on “high alert” as the cabinet hearings approach. As you prepare for the fight, check out the rest of our coverage of Trump’s dangerous climate change-denying cabinet picks:

“How the Trump Administration Could Change the American Landscape, Literally” by Zoë Carpenter