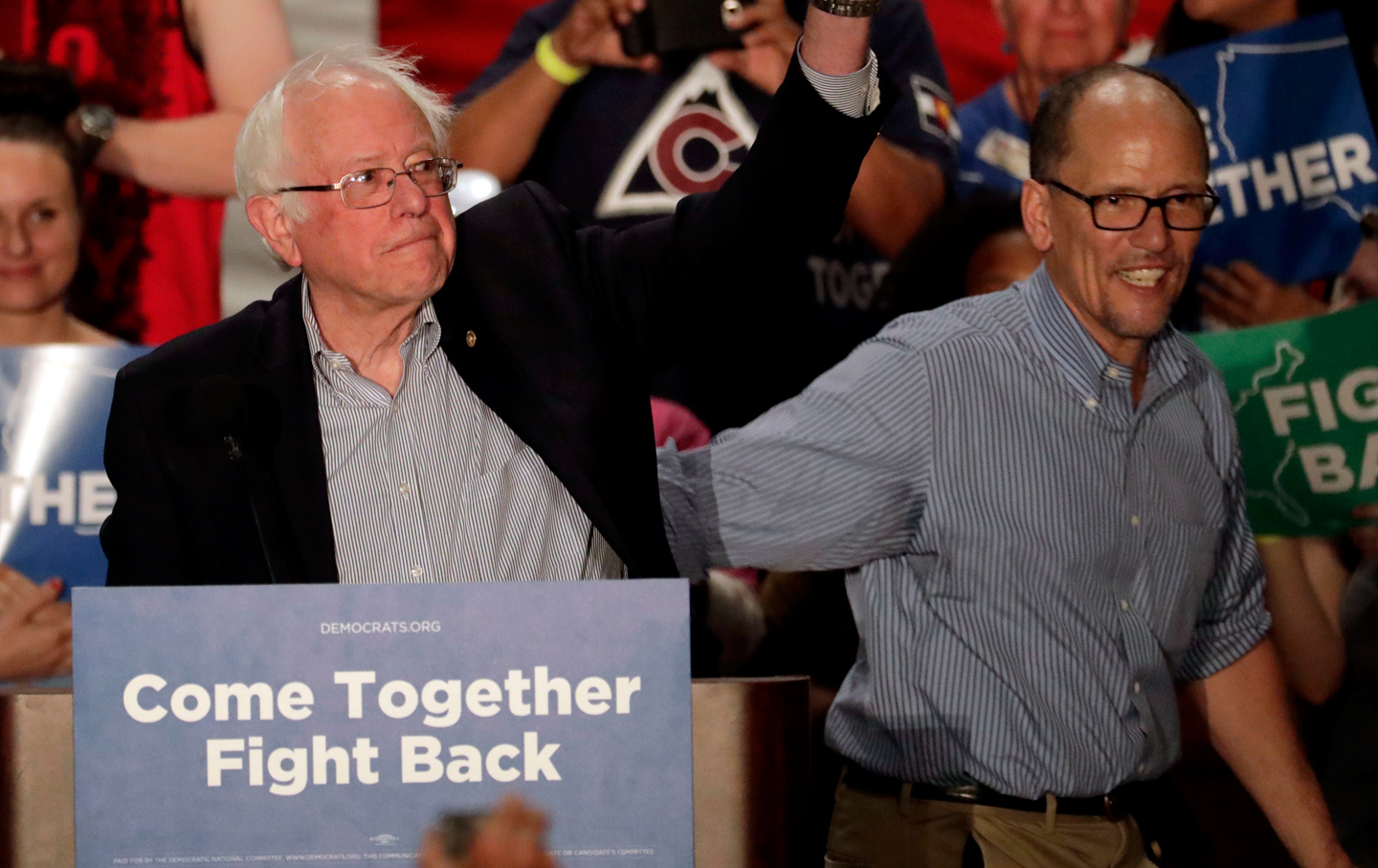 For those who believe that the Democratic Party must become dramatically more democratic, the essential moment at the 2016 convention came when Diane Russell took the stage. A Maine state legislator and Bernie Sanders delegate, Russell delivered a passionate appeal to reform how the party nominates presidential candidates—and she outlined a plan with support from both Sanders and Hillary Clinton backers.

During the primary that pitted Sanders and Clinton against one each other, Russell had advocated for doing away with the party’s superdelegate system, which for years has allowed party elders, insiders, and elected officials to cast convention votes that often go against the primary and caucus results from their states. In Maine and nationally, she had amplified the message of Sanders delegates who felt that the superdelegate system unfairly benefited the Clinton’s candidacy.

Russell’s activism landed her a spot as a Sanders representative on the convention’s rules committee, where she helped to craft a compromise that established a Unity Reform Commission with a charge “to review the entire nominating process and to make recommended changes to the Charter regarding the nominating process with a specific focus on ensuring the process is accessible, transparent and inclusive.”

Plenty of delegates were skeptical about the commission idea. But Russell got Sanders delegates excited with an energetic call for opening up the party that framed the commission, which would include Clinton and Sanders backers, as a vehicle for making necessary changes. “I want to be clear. We did not win this [commitment to organize and empower the commission] by selling out,” Russell told the Sanders backers. “We won this by standing up.”

At the same time, she reassured Clinton backers with a heartfelt pledge of unity and, just as importantly, a vision for getting the job done.

Delegates liked what they heard. The plan—which gave the commission responsibility for going far beyond the superdelegate issue in proposing reforms for primaries and caucuses and empowering grassroots activists—was overwhelmingly approved. Along with speeches by Sanders and his backers endorsing Clinton, the establishment of the commission did much to pull the party together during a contentious convention that was rocked by allegations that DNC insiders had been biased in Clinton’s favor.

The Unity Reform Commission held out a promise that the party would establish a fairer and more functional process for picking candidates. Key elements of that promise have been kept, says DNC chair Tom Perez.

Expressing support for the commission’s report, which was issued in December, Perez notes that it “would reduce superdelegates by nearly 60 percent, make primaries and caucuses more accessible, and bring transparency to our party.” Perez says: “We haven’t seen these types of sweeping reforms in over 30 years.”

Reformers associated with the group Our Revolution—which pulls together many Sanders supporters and their allies—generally agree. The leader of the Sanders team on the commission, former Communication Workers of America president Larry Cohen, characterizes the reforms that have been agreed to as “large steps if not giant steps” toward putting the interests of voters ahead of party leaders when it comes to the nominating process. Our Revolution activists want to lock in the progress that has been made. With a reform proposal now in hand, they are lobbying DNC members to endorse the commission’s report and to begin implementing the changes.

Sanders representatives on the commission, many of whom began as skeptics, argue that the process that began with Russell’s speech at the 2016 convention has been a real one. The 21-member commission was organized last year, held hearings, and produced a report that outlined a number of reforms. This is not a radical program for transforming a party that has always struggled to live up to its name. But the report does include meaningful proposals for changes that the party must make, especially when it comes to reducing the influence of superdelegates.

An Our Revolution summary of the commission’s report, which was published in January, sums up the areas where the group believes progress has been made:

Following the mandate in the resolution creating the Commission, the URC proposes pledging most DNC members to the delegate vote in their state. The at large and other DNC members not elected through their state would be pledged to the proportional national results for purposes of nominating the President.

The state parties must encourage party switching to be as easy as possible including switching on the days of the Primary and cannot use state law as justification for inaction. Litigation must be used if necessary. Currently at least 19 states make party switching difficult, led by New York, where party switching for the September 11 primary was closed on October 13, 2017!

Parties using a caucus for the presidential nomination must include absentee voting.

These states must allow same-day voter registration and party switching.

These states must have public reporting of vote totals from each location.

Votes must be cast in writing.

There must be a procedure for recounting.

State parties need a growth plan that includes full disclosure and transparency for the election to party leadership at the county and state level. This process including nominating deadlines should be clear and open to all Democrats.

The DNC itself must operate in a manner that is open and transparent and in keeping with the Charter and Bylaws.

There should be an Ombudsman Council of 7 elected DNC officials to consider complaints regarding violations of the Charter and Bylaws.

The nominating process for DNC leadership positions must be clear including deadlines.

The Budget Process should include an expanded role for the Budget and Finance Committee and that committee should be filled by elected DNC officials.

Vendor contracts should reflect the diversity and increased disclosure and review.

In anticipation of consideration of the report by the 447 members of the DNC, who are to meet the March 8–10 in Washington, Our Revolution has launched a nationwide petition drive that declares: “The [DNC’s] Rules and Bylaws Committee has the responsibility to implement these recommendations without alteration, in accordance with the DNC committee members and Chairman Tom Perez.” Activists are contacting DNC members—via state parties and with lists that are available online.

Congressman Ro Khanna (D-CA) has begun urging Democratic members of the House—a number of whom are DNC members—to declare their support for the reforms. “[If] they want unity, they need to approve what the Unity Commission has recommended,” says Khanna.

The Unity Reform Commission’s proposed changes are only the beginning of a process that must continue if it is going to renew a party that suffered as it became too bureaucratic, too cautious, too reliant on big money and too deferential to a permanent consultant class that has always been more in touch with K Street in Washington than with Kansas City in Middle America. (For instance, the question of caucuses needs more attention; even with the reforms that have been proposed, it’s likely that they will continue to attract lower levels of participation than primaries.) But beginnings matter, and Khanna is right when he suggests that making these reforms now goes a long way toward creating a new paradigm where “we can have a fair election process and… we can nominate someone who has the people’s support in 2020.”