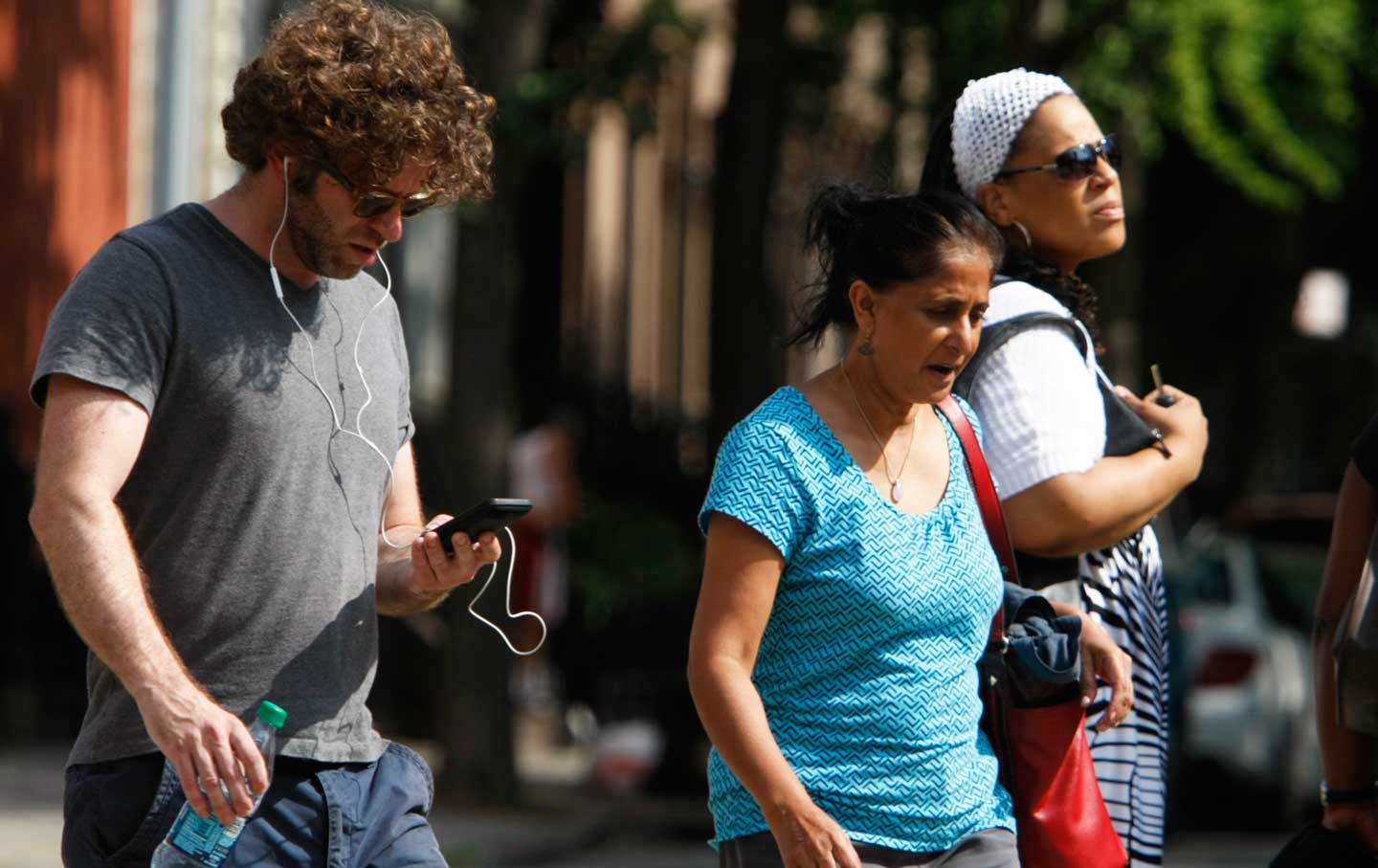 On this week’s episode, we take a walk in the Brooklyn, New York, neighborhood of Bedford-Stuyvesant with 14-year-old Corrine Bobb-Semple. She’s grown up here, and for the last few years she’s been reconciling the changes in her neighborhood with her experiences at St. Ann’s, the elite prep school in Brooklyn Heights where she is surrounded by students whose families are part of the gentrification process.

We’ll meet a black homeowner and community organizer named Mark Winston Griffith, who tells us how he landed in his home, and the conflicted security it affords him. We also meet Allie LaLonde and Emily Wilson, two 20-something new arrivals to Bed-Stuy who talk about how hard it can be to move outside the circle of gentrified coffee shops and bars.

And we journey back to East New York, where a community of artists that has lived there for years is bracing for change. We meet Catherine Green, who started Arts East New York because there were no arts organizations in the neighborhood. Now she’s determined to let her organization, and the communities it serves, have a say in how their neighborhood is capitalized. She also introduced us to her friend the artist Rasu Jilani, who is turning the conversation away from developing economies and toward preserving ecosystems.