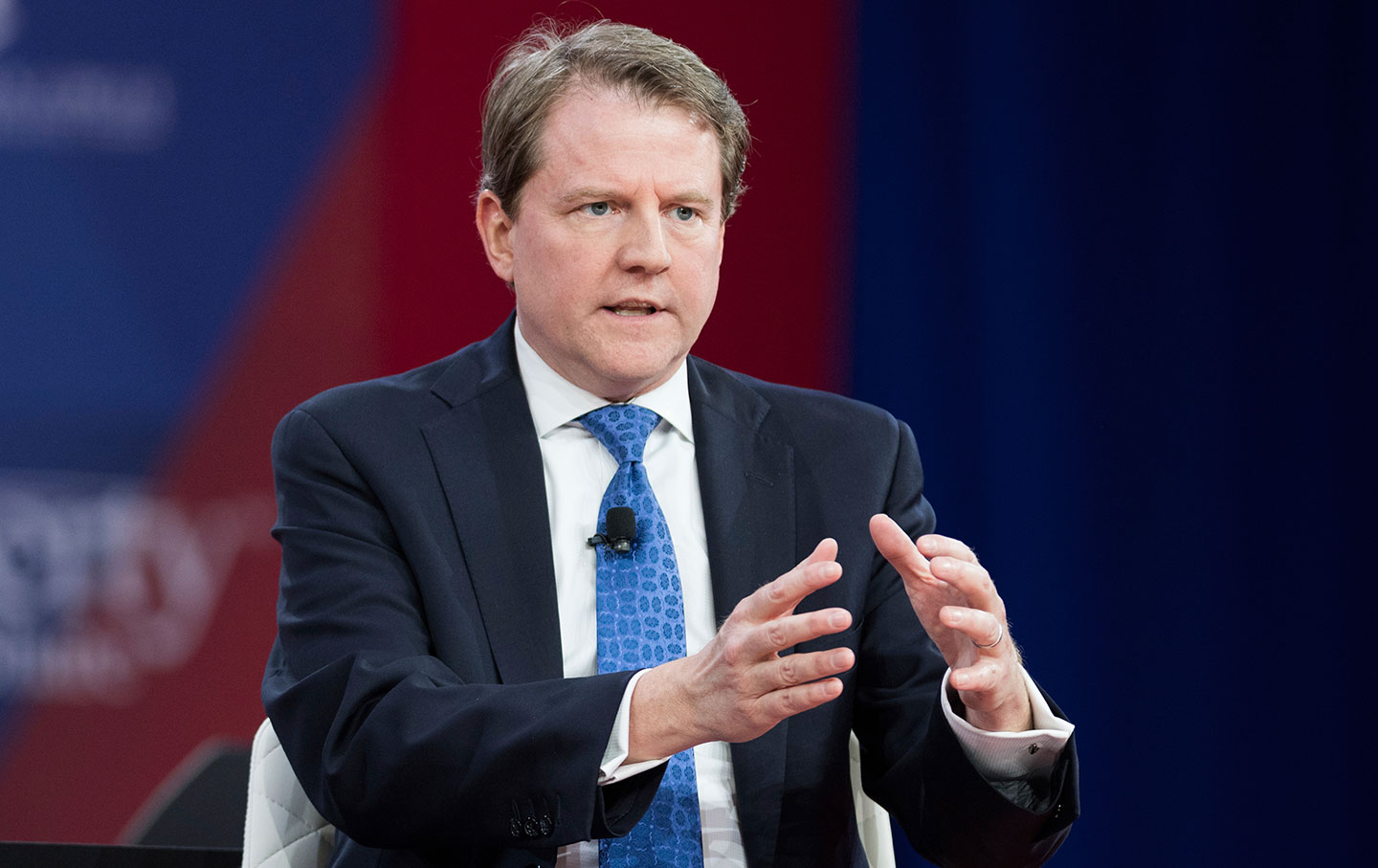 The sordid and repellent Rob Porter abuse scandal at the White House has focused an intense spotlight on the role of White House counsel Don McGahn, and rightly so. According to reports, McGahn knew, possibly for months, about domestic-violence allegations against Staff Secretary Porter and allowed him to continue on as a member of President Trump’s inner circle with only an interim security clearance.

McGahn’s silence in the face of such serious allegations speaks volumes about his values and priorities. And that’s why it is so disturbing that McGahn has a leading role in vetting the people this administration is nominating for federal judgeships.

Thus far in his administration, President Trump has nominated more than 50 people for federal judgeships. An alarming number of them have expressed disdain for, or ignorance of, the realities that women face in confronting sexual violence, sexual harassment, obstacles to reproductive rights, and discrimination at work and in school. Several have actively worked to make it harder for women to obtain redress when they are wronged.

Don Willett, appointed to a Fifth Circuit seat, formerly served on the Texas Supreme Court, where he ruled to limit the compensation that a victim of workplace sexual harassment can collect from an employer. Another Fifth Circuit nominee, Kurt Engelhardt, currently serves as a judge on a Louisiana district court. There, he has established a pattern of preventing sexual-harassment claims from being heard by a jury, going out of his way to rule that allegations do not rise to the level of what is considered objectively hostile conduct. A Seventh Circuit nominee, Michael Brennan, praised the Supreme Court ruling in United States v. Morrison, which struck down significant portions of the Violence Against Women Act.

A Court of Federal Claims nominee, Damien Schiff, once brought a lawsuit challenging the application of federal Title IX anti-sex discrimination rules to high-school sports, in which he made the astonishing claim that “Congress had absolutely no evidence before it enacted Title IX that there was sexual discrimination going on in high schools.” A Trump nominee now on the Sixth Circuit, John Bush, opposed women’s admission into the Virginia Military Academy. The military-style education at VMI, he wrote, “does not appear to be compatible with the somewhat different developmental needs of most young women.” Oregon nominee Ryan Bounds once warned against overly zealous responses to campus rape allegations, thus: “Expelling students is probably not going to contribute a great deal toward a rape victim’s recovery; there is no moral imperative to risk egregious error in doing so.”

Meanwhile, some nominees have been dismissive when confronted with the issue of gender discrimination in employment. Both Willett and Brennan have written skeptically about such discrimination, expressing disbelief that a “glass ceiling” exists.

On the reproductive-rights front, it is not surprising that many nominees have expressed staunch opposition to abortion. These are, after all, the nominees of a Republican president who pledged to make opposition to the Roe v. Wade ruling a litmus test for Supreme Court appointments. But even viewed through that lens, the picks are extreme. A Tennessee nominee, Mark Norris, co-sponsored a resolution in his state that would ban abortion even if necessary to protect the mother’s life or in cases of rape or incest. Kyle Duncan—nominated for a seat on the Fifth Circuit—is not just anti-abortion; he is anti-contraception. Duncan has written scathingly that the government treats contraception as “the sacrament of our modern life,” criticizing the idea that birth control is necessary for “‘the good life,’ health and economic success of society, particularly women.” Notably, Duncan was lead counsel for Hobby Lobby in the case that opened a door for corporations to cite religious grounds in denying their workers insurance coverage for birth control.

Taken together, the records of these and many other nominees lead to an inescapable conclusion: This White House, including the top lawyer in charge of judicial nominations, hardly bats an eye when it comes to archaic or even hostile attitudes toward the well-being of women. That became painfully obvious when the Rob Porter mess bubbled to the surface, but Porter has left government service. The federal judges who decide how the law will treat women if they are battered, abused, harassed, or discriminated against will be with us for decades.