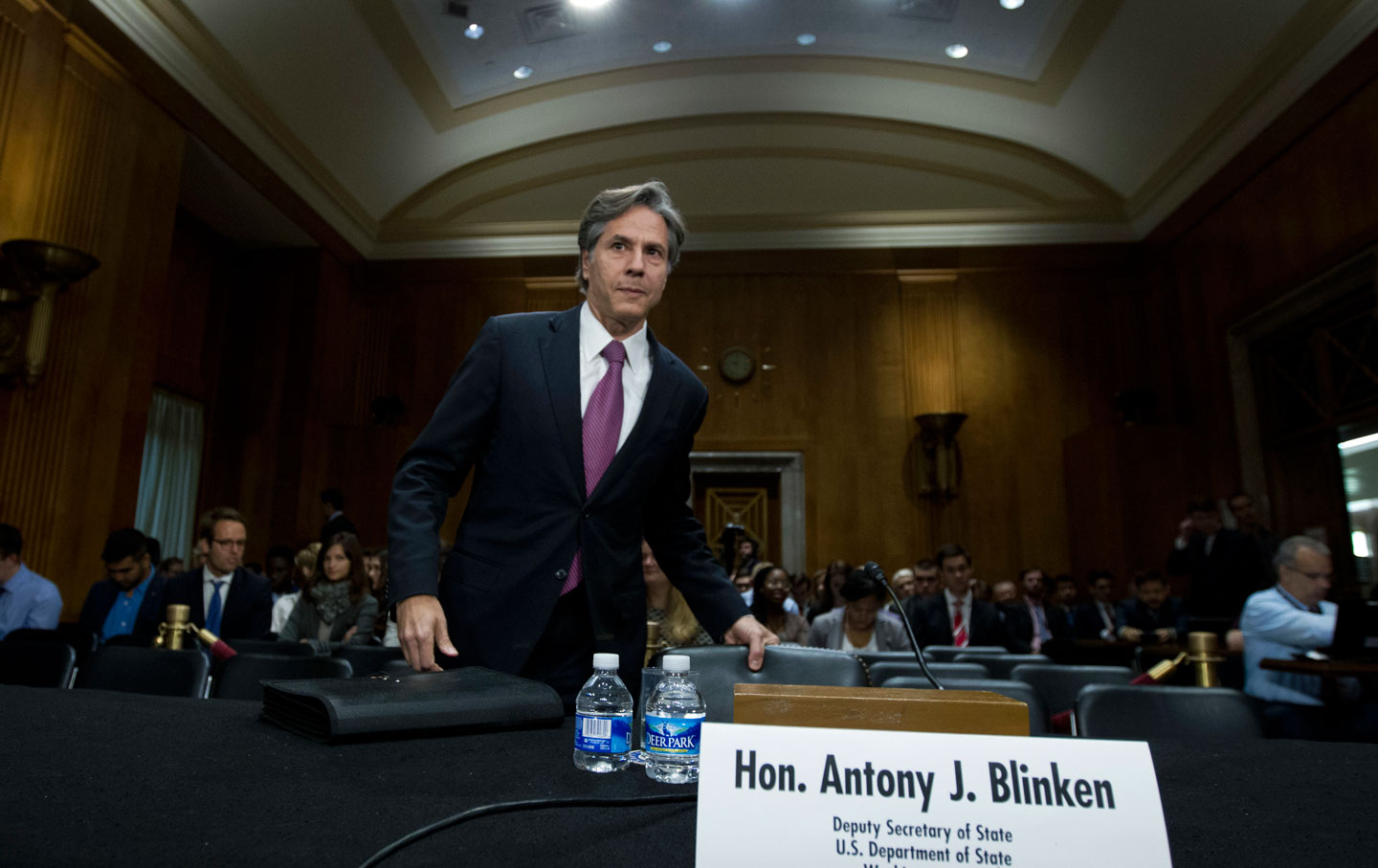 The unraveling of the September 9 cease-fire deal between the United States and Russia in Syria comes amid allegations and counter-allegations of cease-fire violations and war crimes. UN Ambassador Samantha Power, who habitually mistakes moral posturing for diplomacy, told the UN Security Council on September 25 that “what Russia is sponsoring and doing is not counter-terrorism, it is barbarism”—before storming out of the UN chamber during the remarks by the Syrian ambassador.

Speaking at the Washington Ideas Forum, Kerry admitted there were “huge levels of mistrust on either side” of the US-Russia divide over Syria. Kerry told The Atlantic’s Steve Clemons that he recognizes that part of the mistrust on the part of the Russians stems from their belief that the United States is not entirely serious about fighting the Nusra Front. But Kerry also observed that cooperation “is not possible” with Russia while it continues its air campaign over Aleppo, which he described as “indiscriminate, beyond the pale” and against “the laws of war” and “common decency.” As such, the Obama administration is “on the verge of suspending the discussion” with Russia regarding a settlement in Syria.

Yet Kerry held out hope that cooperation in the form of a cease-fire was still possible; after all, what are the alternatives, wondered the secretary: Is America going to go to war in Syria? “I don’t think so,” said Kerry. Instead, there needs to be what he described as a “rational, moral, common-sense approach” to end the conflict.

Across town, Kerry’s perhaps flagging optimism was echoed by Deputy Secretary of State Antony Blinken who was testifying before the Senate Foreign Relations Committee on Capitol Hill. Blinken told the committee it was his belief that since a “military intervention is not likely to be decisive” in the Syrian civil war, “that leaves a political intervention, with key outside powers and patrons shaping, supporting and imposing a resolution.”

Blinken testified that the “effort we have been engaged in with Russia…building on the foundation of the Geneva communiques and U.N. Security Council resolutions” was, however, in jeopardy. The Russian Foreign Minister had been informed that “unless Russia takes immediate steps to end the assault on Aleppo and restore the cessation of hostilities, the United States will suspend US-Russia bilateral engagement on Syria.”

Blinken’s message satisfied his interlocutors not a bit (perhaps the State Department should’ve sent Ambassador Power?). Tennessee Senator Bob Corker—after complaining about how the White House doesn’t return his calls (seriously)—ripped into Blinken and Kerry, complaining that cutting off talks with the Russians isn’t “much of a price” for Russia to pay.

As the questioning went on, it became clear that what Corker and his fellow senators truly want is an end to diplomacy and the imposition of a no-fly zone over northern Syria, which would take the United States on a direct path to war with Russia. But why bother considering the consequences of such actions when all that is needed, in the words of Maryland Senator Ben Cardin, is for the United States “to act boldly.”

Left unmentioned by the senators was that some of that vaunted American “boldness” is partially responsible for the unraveling of the ceasefire. Only days after the agreement was concluded, US airstrikes purportedly meant for ISIS hit Syrian troops instead, killing 62 and wounding 100.

Thursday’s hearing showed, if nothing else, that the ups and downs of diplomacy hold little charm for the members of the Senate Foreign Relations Committee. However, an emerging caucus of responsible House members is backing the administration’s diplomatic efforts. On Tuesday, House members led by military veterans like Michigan Democrat John Conyers and Minnesota Democrat Tim Walz wrote President Obama in support of the administration’s “efforts to foster international negotiations that seek to end the civil war in Syria.”

The 59 House Democrats noted that they were encouraged by the agreement reached by Kerry and Russian Foreign Minister Sergei Lavrov and “the apparent reduction in violence in Syria that initially resulted.” And while they “condemn the renewed bombing of civilians, medical facilities, and humanitarian aid convoys by forces under the command of President Assad and Russia” they urge the president to “persevere in this diplomatic path” since “there is simply no realistic alternative to a diplomatic and political resolution of the Syrian civil war.”

At this stage—after two ill-fated American “train and equip” programs it—should be obvious to all but the more indiscriminating cheerleaders of American military intervention that little good can come from our continued presence in Syria. The idea that there are (a) core, definable US national interests at stake in Syria and (b) identifiable and supportable moderate non-Islamist Syrian rebels is simply not supported by the facts.

The only way to end the conflict is through a political settlement, which House Democrats now are wisely urging on the administration.