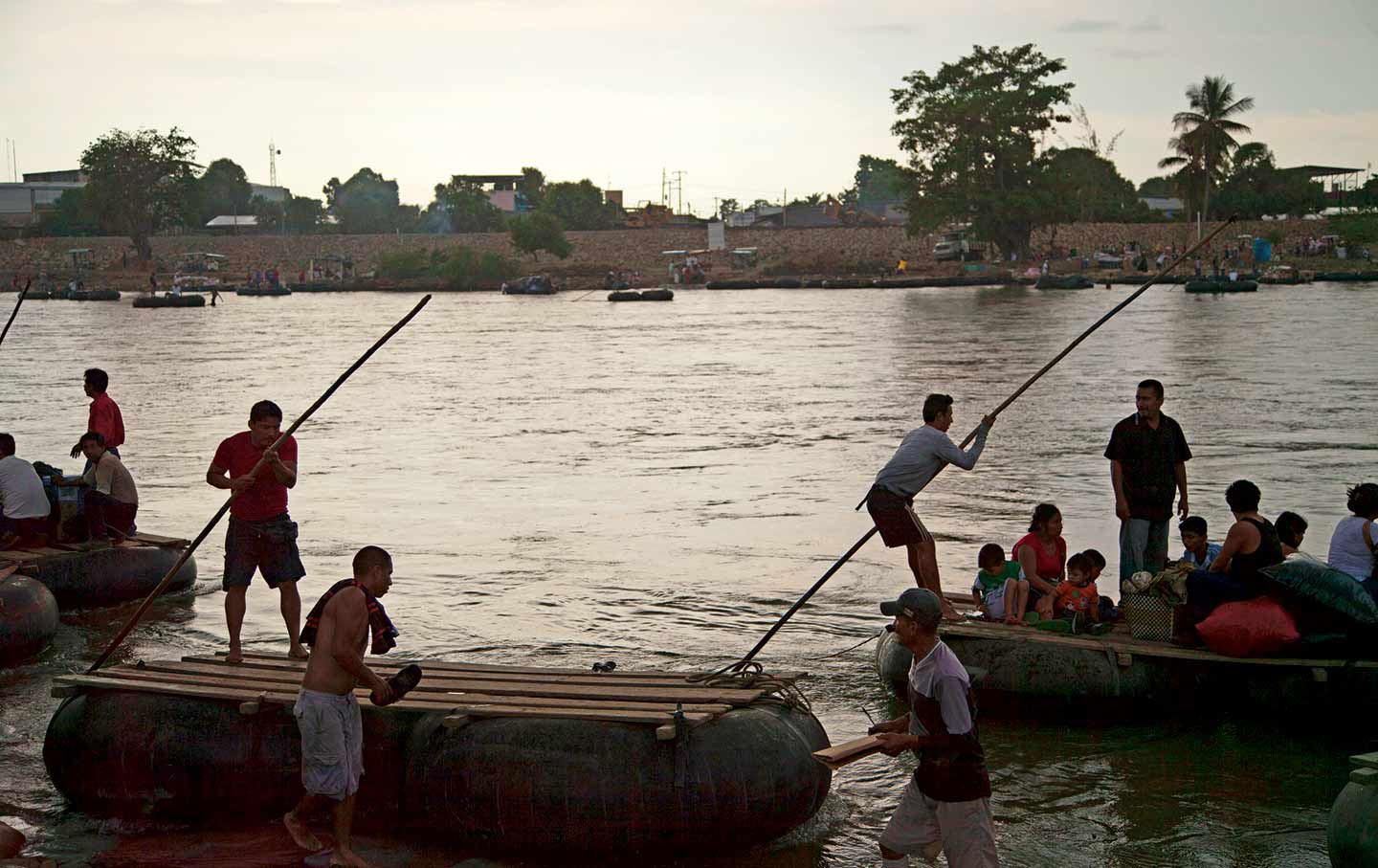 As the coauthor, with Senator Ted Kennedy, of the Refugee Act of 1980, I am dismayed at the US government’s iron-fisted response to the refugee crisis on our southwest border. In the last couple of years, tens of thousands of unaccompanied minors and women with their children have crossed our border with Mexico. Coming from Guatemala, Honduras, and El Salvador, the so-called Northern Triangle, these people are primarily fleeing horrific gang violence—violence similar to that found in war zones. In fact, Honduras has the highest homicide rate in the world, with El Salvador not far behind. Failed government institutions, hollowed out by decades of civil war, cannot or will not address this violence—or the unremitting poverty that underlies it.

The US Department of Homeland Security has responded to this crisis mostly with harsh measures intended to deter future inflows. Initially, the DHS jailed the Central American refugees in immigration-detention facilities. The courts halted that practice, since by law children must be turned over to the Department of Health and Human Services after 72 hours for family reunification or other arrangements. The DHS then fast-tracked the migrants’ asylum proceedings, which provoked serious criticism from the American Bar Association’s Commission on Immigration, among others. Few of the migrants were represented by counsel, even though having a lawyer makes an overwhelming difference in the ability to obtain asylum. Just think of children and teenagers on their own trying to master the legal intricacies of asylum proceedings—and in a foreign language, to boot.

In its latest move, the DHS rounded up and deported about 80 mothers and their children, saying they were here illegally—although this determination of “illegality” was based on the much-criticized fast-track adjudications. The deportations prompted protests from the Democratic presidential candidates, members of Congress, immigration advocates, and the US Commission on Civil Rights.

Meanwhile, in order to keep Central American migrants as far away from the US border as possible, the United States has pressured—as well as paid—Mexico to close down its own southern border and to deport any Central Americans found making their way north. This action flies in the face of US treaty obligations that prohibit sending refugees back to likely harm in the countries they’ve fled. We are using Mexico to do our dirty work.

The pressure on Mexico did have an impact: The number of refugees seeking admission to the United States dropped off dramatically for a while, but late last year it began to escalate again.

Our asylum and refugee procedures are based on the 1980 Refugee Act. Its background was the Vietnam War and the massive exodus of more than 1 million refugees from that region. The law was designed to create a permanent commitment by the United States to accept refugees for resettlement each year.

The experience of that exodus is instructive. Hundreds of thousands of Vietnamese refugees fled in small boats, risking their lives at sea. It was a humanitarian crisis of staggering proportions. The nations where these small boats landed—countries of first asylum—were pushing the refugees back out to sea. No long-term solution was in sight. The United States took a leadership role in resolving the problem.

First, we urged the countries where the boats had landed—nations like Malaysia and Indonesia—to keep the refugees on a temporary basis, and assured them that we’d broker a permanent solution to resettle the refugees elsewhere. And we did. Our success was due in part to the fact that the United States itself accepted about a half-million refugees. I participated in that process as chair of the House Immigration Subcommittee. Ultimately, most of the “boat people” were resettled, in what was probably the most successful such effort since World War II.

But none of the lessons from this experience seem to have rubbed off. Instead of asking the countries of first asylum to provide at least temporary shelter for the Central American refugees, we’re either getting Mexico to block their way or, failing that, sending them back ourselves. Instead of seeking an international commitment to secure this resettlement, the United States is refusing to make any such commitment itself, much less asking other countries to do the same. Instead of establishing the sort of safe, orderly departure process (a process that I initiated) that was developed to prevent Vietnamese refugees from taking to the high seas in small boats, the United States created a small-bore program for Central Americans that, until recently, was absurdly limited to cases involving family reunification. Now, thankfully, the program is being expanded, and the UN High Commissioner for Refugees will be partially administering it.

The mass exodus from the Northern Triangle should be one that nations of the Western Hemisphere help to resolve—not only by accepting refugees for resettlement, but also by building effective government institutions in the Northern Triangle and addressing the long-term issues of poverty there. But the United States cannot help lead that process until we commit to doing our fair share, not just in terms of funding but in refugee resettlement as well.

One ray of light is that the United States seems to have begun to understand that the problem needs to be addressed at its source. Congress has just provided about $750 million for programs in the Northern Triangle to halt the exodus. But in recent years, the United States has had a very poor record of nation-building. Our government needs to call on other governments, particularly those in the region, to lend a hand in developing effective institutions to control gangs and address poverty. We may even need a kind of international “police force” to halt the violence.

The United States has a particular responsibility here. After all, we overthrew the democratically elected government of Guatemala in 1954, which led to a cascading series of despotic regimes, including ones that engaged in genocide against their indigenous populations. And for decades, we propped up these right-wing authoritarian regimes, which only perpetuated the bad governance and grinding poverty. The United States cannot pretend that the current conditions in the region, which have triggered the refugee outflow, are unrelated to these long-standing policies and practices.

After its protracted involvement in the Vietnam War, the United States understood that it could not turn its back on the Vietnamese refugees. Now we need to accept that our long and nefarious involvement in Central America has helped spawn the present crisis—and, accordingly, that we are responsible for extending a helping hand to the women and children who are its victims. Turning our backs on them rejects everything that the Refugee Act sought to accomplish, including the humanitarian values that it enshrined in our law.