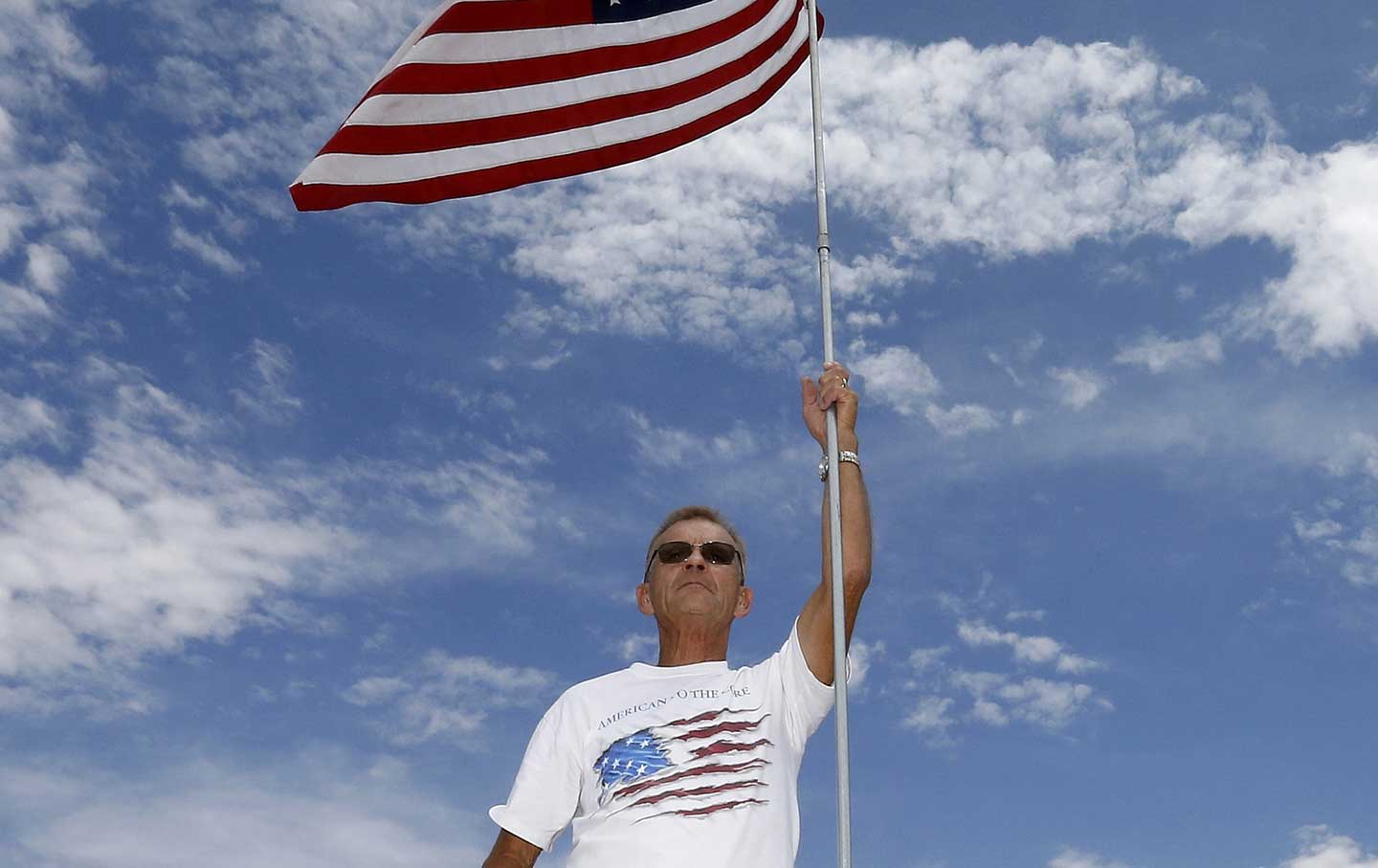 Bill Essenmacher protests near the entrance to a juvenile facility in an effort to stop a bus of Central American immigrant children from being delivered to the facility, Tuesday, July 15, 2014. (Matt York / Associated Press)

Race has become a central issue in this presidential campaign. But this time, it’s not all about people of color. It’s also about white Americans, and what their place is in 21st-century America.

This week, WNYC Studios and The Nation examine the history of what it means to be white in the United States of America.

WNYC’s Jim O’Grady accompanies journalist Chris Arnade to Long Island. What they find is that, as the economy has transitioned away from manual labor, it’s struck at the very heart of the way many working-class Americans define masculinity, and, in turn, themselves.

Plus, The Nation’s Kai Wright explores this notion with a group of Italian Americans who document their families’ journey from immigrant scapegoats to full-fledged “whiteness.”