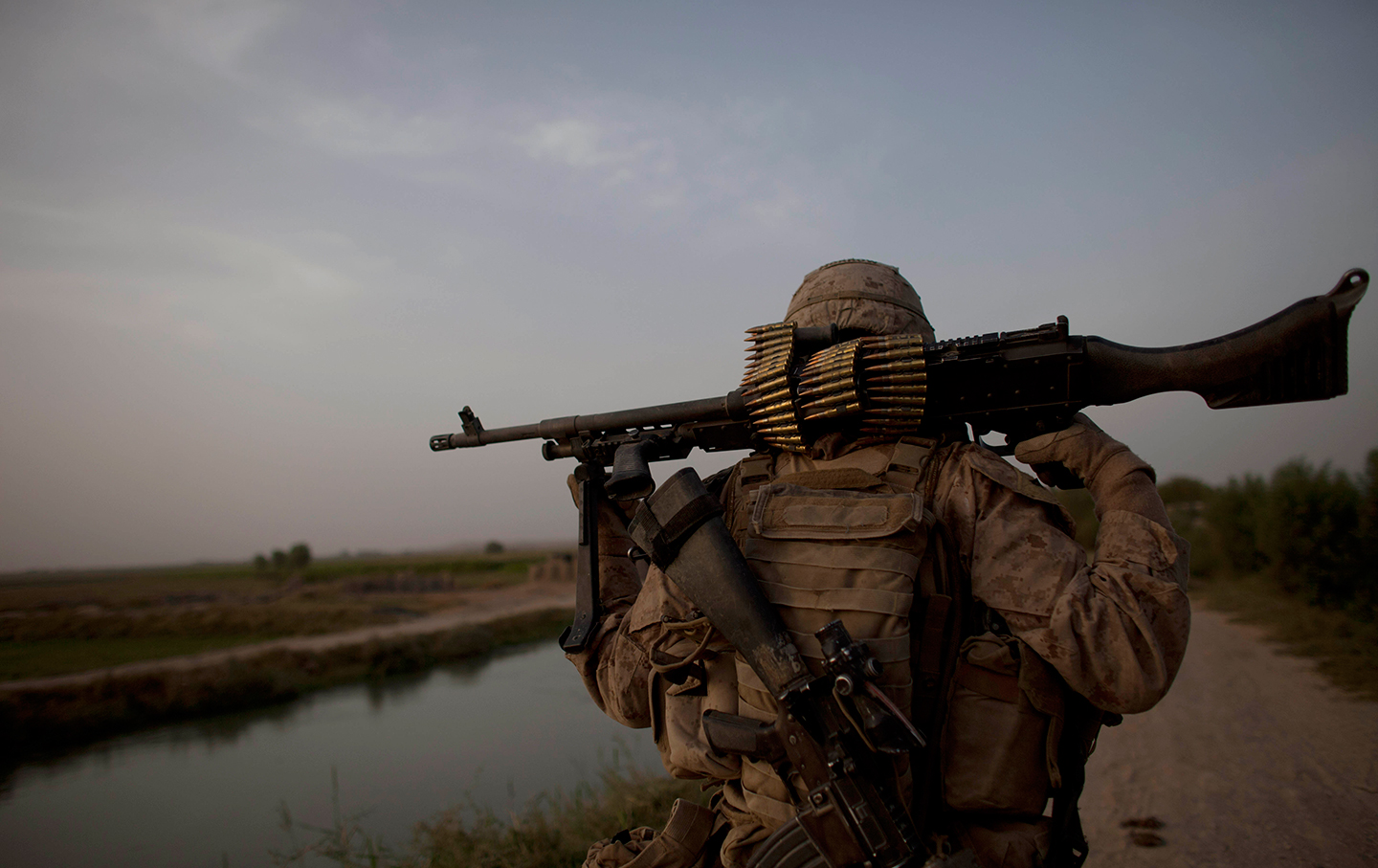 A US Marine during an early morning guard shift in southern Afghanistan. (AP Photo / Brennan Linsley)

Last week, mostly lost amid the deafening din of President Trump’s serial outrages, the House of Representatives finally began asserting common sense and the congressional prerogative over war and peace. By passing a series of amendments to the must-pass National Defense Authorization Act, it has started to take action against the United States’ increasingly unpopular endless wars.

The House voted 251 to 170, with 27 Republicans joining all but seven Democrats, to prohibit any military strike against Iran without explicit congressional approval. As Representative Ro Khanna (California), the Democratic leader in the effort, put it, the vote was a “clear statement from members of Congress on both sides of the aisle that this country is tired of endless wars, that we do not want another war in the Middle East.” A right-left coalition pushed for the measure, including both the conservative Concerned Veterans of America and VoteVets, a liberal political action group. Progressive groups such as Indivisible and MoveOn were joined by right-wing groups such as FreedomWorks, the tea party advocacy group.

The House also voted to end funding for the Saudi-led savaging of Yemen, a conflict that has created the worst humanitarian crisis in the world. A majority voted to phase out the post-9/11 Authorization for Use of Military Force that has been misused by presidents of both parties to justify military attacks on dozens of countries. And the bill also restored the right of transgender people to serve in the military, blocked funding for Trump’s proposed tactical nuclear weapon and prohibited use of the funds to build Trump’s wall.