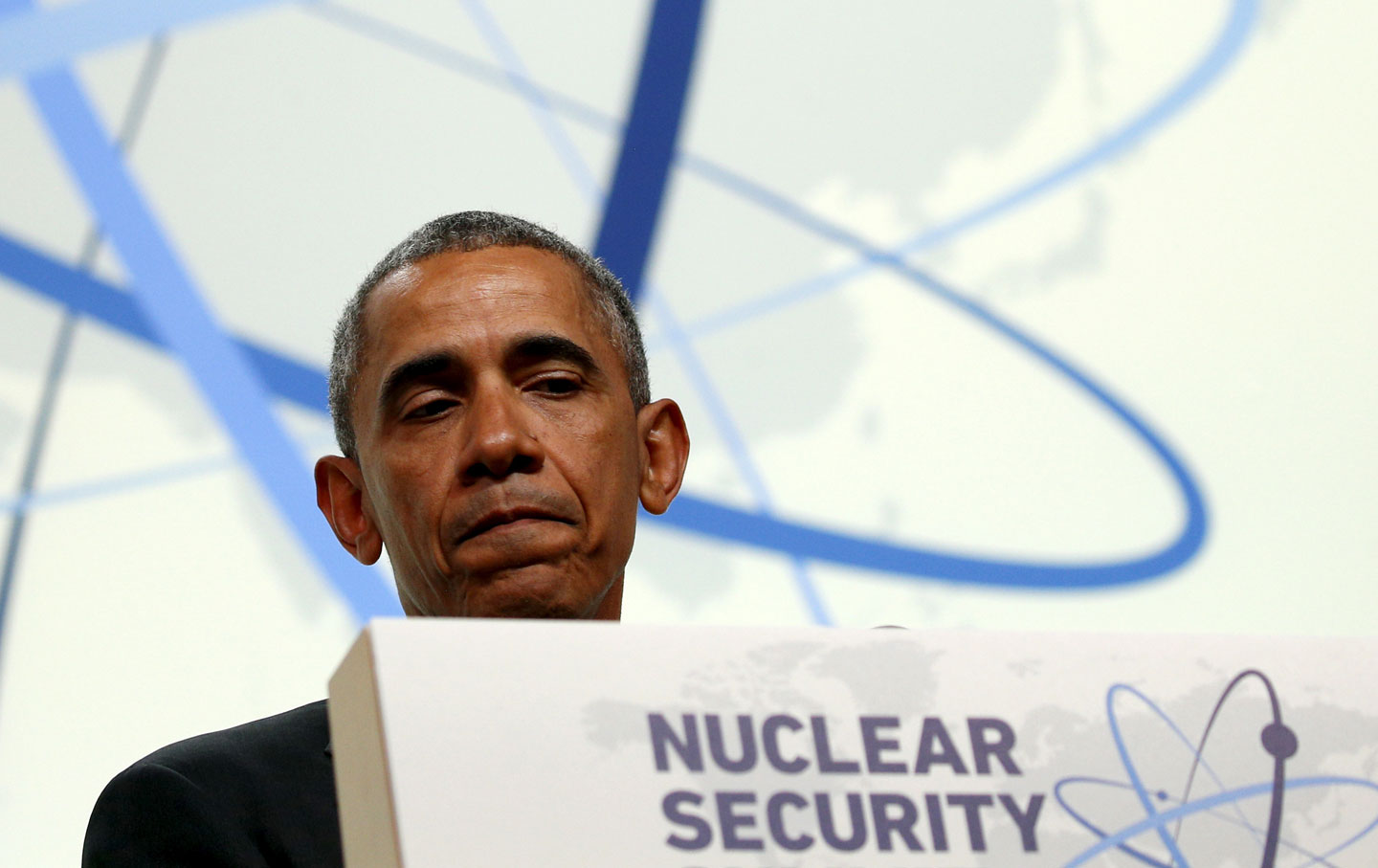 US President Barack Obama holds a press conference at the conclusion of the Nuclear Security Summit in Washington on April 1, 2016. (Reuters / Kevin Lamarque)

Last week more than 50 heads of state converged on Washington to take part in the fourth Nuclear Security Summit (NSS). While the summit could point to one achievement, that of an amendment that would toughen existing standards with regard to protecting fissile material, the event, like so much else in Washington, seemed primarily designed to convince the public that their leaders were acting boldly in the face of a serious problem. In reality, they have done precious little to address it.

If nothing else, the summit was well-timed, following revelations that the terror cell responsible for the airport and subway attacks in Brussels had its sights on a nuclear facility in Belgium as well. President Obama certainly seemed alive to the danger, writing in an op-ed in The Washington Post the day before the summit took place, “Given the continued threat posed by organizations such as the terrorist group we call ISIL, or ISIS, we’ll also join allies and partners in reviewing our counterterrorism efforts, to prevent the world’s most dangerous networks from obtaining the world’s most dangerous weapons.”

Some observers noted with concern that Russia’s Vladimir Putin declined to attend. No doubt details of a diabolical Russian plan to “weaponize summits” is being invented by an intrepid NATO bureaucrat as I write. It is nevertheless concerning that the head of state of the world’s leading nuclear power declined to attend, especially in light of its strong security interest in nuclear non-proliferation.

For all that, according to the geochemist James Conca, overall, the summit could boast its share of successes, particularly “the significant global reduction in nuclear weapons, the global reduction in nuclear material stockpiles, the increased security on nuclear facilities, the dozen countries that are now free of weapons-grade materials, a newly-amended nuclear protection treaty…”

But is there less here than meets the eye?

Last week I spoke with Princeton University’s Dr. Bruce Blair to get his views on the Nuclear Security Summit, the (perhaps unhappy) prospects for non-proliferation efforts, and his view of President Obama’s record on nuclear issues.

Dr. Blair is a longtime nuclear-proliferation expert and co-founder of Global Zero, a grassroots organization that seeks a nuclear-free world.

According to Dr. Blair, the four summits that have occurred since President Obama’s famous 2009 Prague speech (which Blair derided as a “high empty calorie speech”) where he declared his support for a nuclear weapons–free future, have only focused on a small slice of the nuclear pie. That is, they have been mainly focused on locating, securing and reducing stockpiles of Highly Enriched Uranium (HEU). The summits, thus far anyway, have not addressed the vast amounts of plutonium nor have they addressed the vast amounts of fissile material held by the world’s militaries.

Because of the narrow focus of the Nuclear Security Summits, Blair says “the NSS is basically a misnomer. There is no rational reason to feel secure today—indeed, all of the trends are adverse: We are moving in the direction of greater insecurity, not less.”

One of the gravest challenges that face us is an “unauthorized, mistaken launch” of a nuclear weapons. The risk that such an event could occur has “not only grown since end of Cold War, but continues to grow.”

According to Blair, the agenda of the NSS is frankly “beneath the pay grade of these world leaders. They should be looking at the big picture and big agenda—into ways to secure civilian materials but also focusing on all fissile materials. They should engage in a serious dialogue on how to begin to reduce the size of the stockpiles on a path to their elimination.” Blair says, “There are 16,000 nuclear weapons, but there is over 200,000 weapons-equivalent material and it will never be secure unless we get these leaders into the same room to talk about how we get to rid of all fissile materials.”

Down the road from the hideous Washington Convention Center where the summit took place, Global Zero held a panel discussion for 50 grassroots activists in support of a nuclear-free world. Former Clinton administration defense secretary William Perry said, “The danger of nuclear weapons is greater today than it was during the Cold War, I believe that firmly.” California Governor Jerry Brown said (perhaps half-jokingly) that he was lending his support to the cause “because I talked to Bill Perry and he scared the hell out of me.” Brown also noted “one thing I’ve noticed” from a lifetime in politics “that this is not a normal problem…because its so big no one wants to talk about it.” Perhaps, though, we can discern a silver lining in the fact that organizations like Global Zero are indeed talking about it:Recognizing a problem, after all, is a prerequisite to solving it.