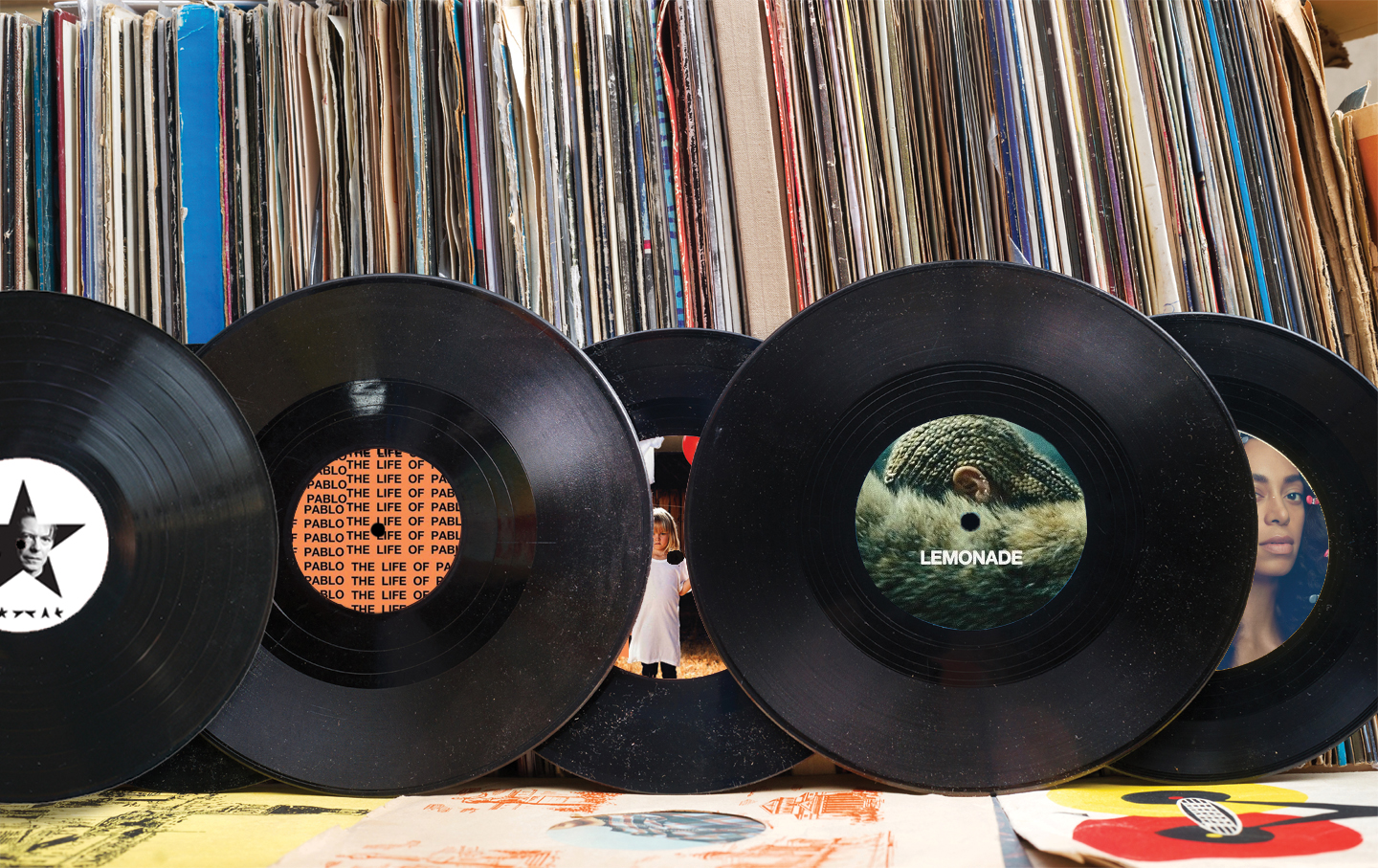 Music will, apparently, find a way. As the business of recorded music roils, the making of music rolls on. In fact, so many outstanding albums were released this year that I could easily have made a list of 20 must-hear projects. Here are my picks for the 10 best, listed alphabetically by artist.

Paranoia and false truth, the dark themes of our profoundly dark time, given voice in jazz and spoken-word samples. A work of harrowing prescience by a great young composer who gets greater every year. (Read my full review of Argue’s album.)

The most impressive pop that money, power, and unyielding creative ambition can produce. A market-driven commercial product disguised as daring personal art, and vice versa. (Read Erin Vanderhoof’s essay on Lemonade and the avant-garde.)

Undiminished as he was dying, David Bowie left us with this sly, nuanced rumination on life and death, created in collaboration with the jazz saxophonist Donny McCaslin and his group. McCaslin’s own 2016 release, Beyond Now (Motema), is a companion piece of rich and moving instrumental music that shows how closely Bowie and McCaslin worked. (Read my full review of Blackstar.)

Mary Halvorson Octet, Away with You (Firehouse 12)

A 21st-century composer who plays the guitar, Halvorson makes something other than guitar music. For this album, she expanded her group to an octet, adding pedal-steel guitarist Susan Alcorn, and every track has the thrill of the unexpected.

An openly aching collection of songs about longing and dread by one of the best of the thousand millennial singer-songwriters in Brooklyn.

A jazz suite about nothing less than the evolution of life on the planet earth, without a note of bombast or pretense. Vital and elegiac. (Disclosure: I have collaborated with Rosnes as a lyricist but had nothing to do with the making of this music.)

Solange, A Seat at the Table (Saint/Columbia)

A grim, raging statement of individual prowess and discontent by a long under-appreciated songwriter who knows well of what she sings. Of the two extraordinary albums by Knowles sisters this year, this one hits the hardest. (Read a poem inspired by A Seat at the Table by Morgan Parker.)

A two-CD, six-movement suite for jazz rhythm section and string trio, this music was made collectively in a single long recording session. Half the music is twice as thrilling as most jazz recorded today.

Art of contingency, built by accretion, deletion, and revision, the methods of contemporary life. The fact that it worked brilliantly as a marketing gimmick does not diminish the brilliance of the music. (Read Frank Guan on The Life of Pablo and Angela Flournoy on the art and branding of Kanye West.)