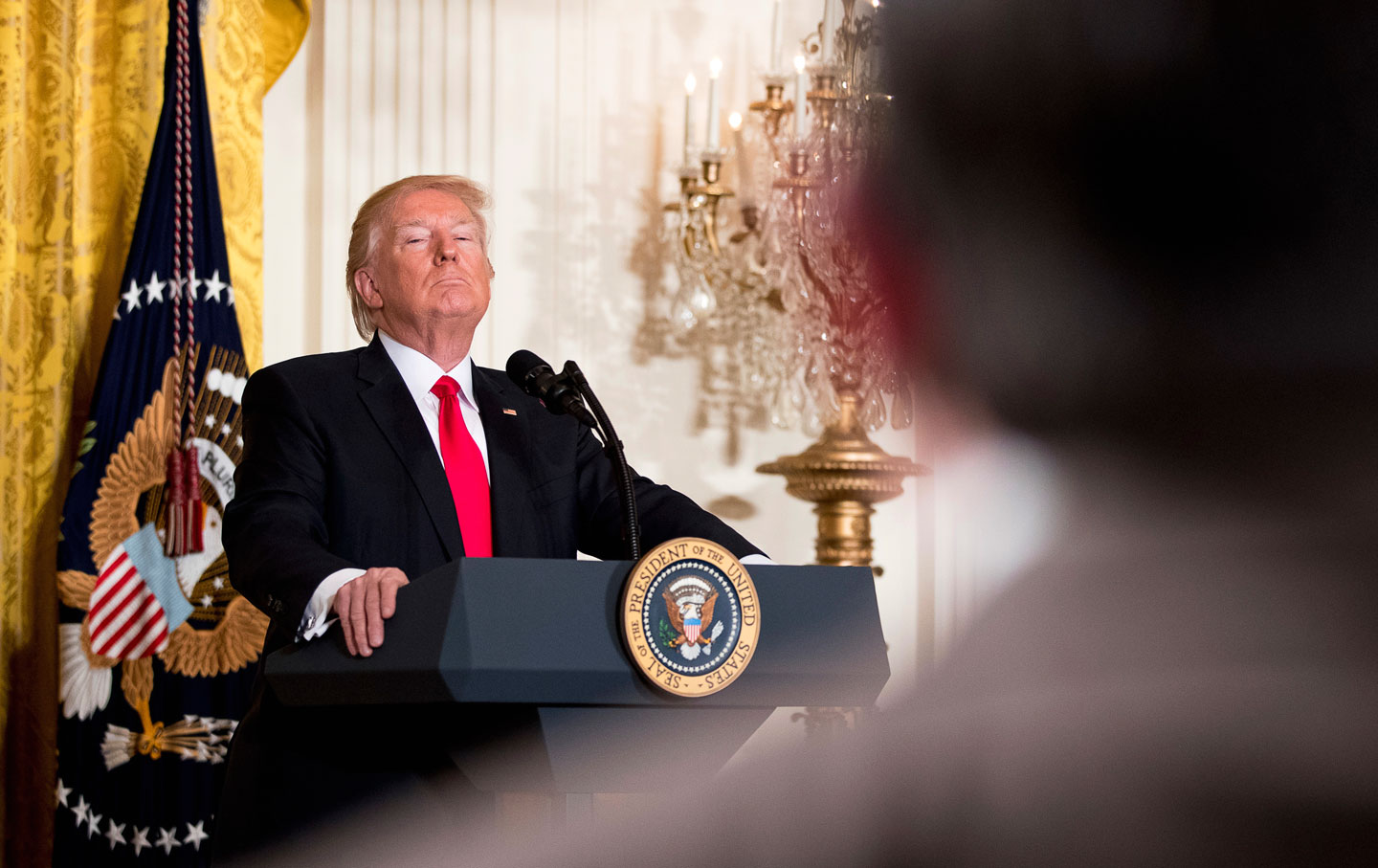 When John Fitzgerald Kennedy addressed the American Newspaper Publishers Association just two months after he was sworn in as the 35th president of the United States, he explained that: “I have selected as the title of my remarks tonight ‘The President and the Press.’ Some may suggest that this would be more naturally worded ‘The President Versus the Press.’ But those are not my sentiments tonight.”

Kennedy went on to say to the assembled publishers,

[My] purpose here tonight is not to deliver the usual assault on the so-called one-party press. On the contrary, in recent months I have rarely heard any complaints about political bias in the press except from a few Republicans. Nor is it my purpose tonight to discuss or defend the televising of Presidential press conferences. I think it is highly beneficial to have some 20,000,000 Americans regularly sit in on these conferences to observe, if I may say so, the incisive, the intelligent and the courteous qualities displayed by your Washington correspondents.

Kennedy was poking fun at the White House correspondents of his day, who were generally incisive and intelligent but not always as courteous as presidents prefer.

But the point of Kennedy’s speech was a serious one. He had come, as a new president of the United States, to talk about the relationship between his administration and the media. He acknowledged “the dilemma faced by a free and open society in a cold and secret war,” and he spoke honestly of his hope for a measure of restraint in the coverage of particularly sensitive global disputes. But he also said: “The question is for you alone to answer. No public official should answer it for you. No governmental plan should impose its restraints against your will.”

“We don’t have a state-run media in this country,” Fox News Sunday host Chris Wallace told Reince Priebus. “That’s what they have in dictatorships.”

Yes, Kennedy suggested, the administration’s views might clash with those of its inquisitors. But, he added, “I not only could not stifle controversy among your readers—I welcome it. This Administration intends to be candid about its errors; for as a wise man once said: ‘An error does not become a mistake until you refuse to correct it.’ We intend to accept full responsibility for our errors; and we expect you to point them out when we miss them.”

Kennedy’s comments, and those of other wise presidents regarding the relationships of administrations and the fourth estate, came to mind last week when a president who is not wise tweeted: “The FAKE NEWS media (failing @nytimes, @NBCNews, @ABC, @CBS, @CNN) is not my enemy, it is the enemy of the American People!”

Donald Trump’s words, with their clear echo of totalitarians past and present (New York magazine’s Gabe Sherman called the presidential pronouncement a “chilling” example of “full-on dictator speak”), drew an appropriate response from media outlets that have, too frequently, facilitated the “billionaire populist’s” authoritarian impulses. When the whiniest of Trump’s aides, White House Chief of Staff Reince Priebus, appeared on the friendliest of the major networks on Sunday morning, he was called out for defending the president’s language.

“We don’t have a state-run media in this country,” Fox News Sunday host Chris Wallace told Priebus. “That’s what they have in dictatorships.”

“You don’t get to tell us what to do any more than Barack Obama did,” said Wallace. “Barack Obama whined about Fox News all the time, but I gotta say, he never said we were an enemy of the people.”

No president who takes seriously an oath to “preserve, protect and defend” a constitution that outlines the essential role of a free press would ever make the statements that Trump is making.

Even in the most challenging of times, honorable leaders recognize, as did John Kennedy, that “Without debate, without criticism, no Administration and no country can succeed—and no republic can survive. That is why the Athenian lawmaker Solon decreed it a crime for any citizen to shrink from controversy. And that is why our press was protected by the First Amendment—the only business in America specifically protected by the Constitution—not primarily to amuse and entertain, not to emphasize the trivial and the sentimental, not to simply ‘give the public what it wants’—but to inform, to arouse, to reflect, to state our dangers and our opportunities, to indicate our crises and our choices, to lead, mold, educate and sometimes even anger public opinion.”