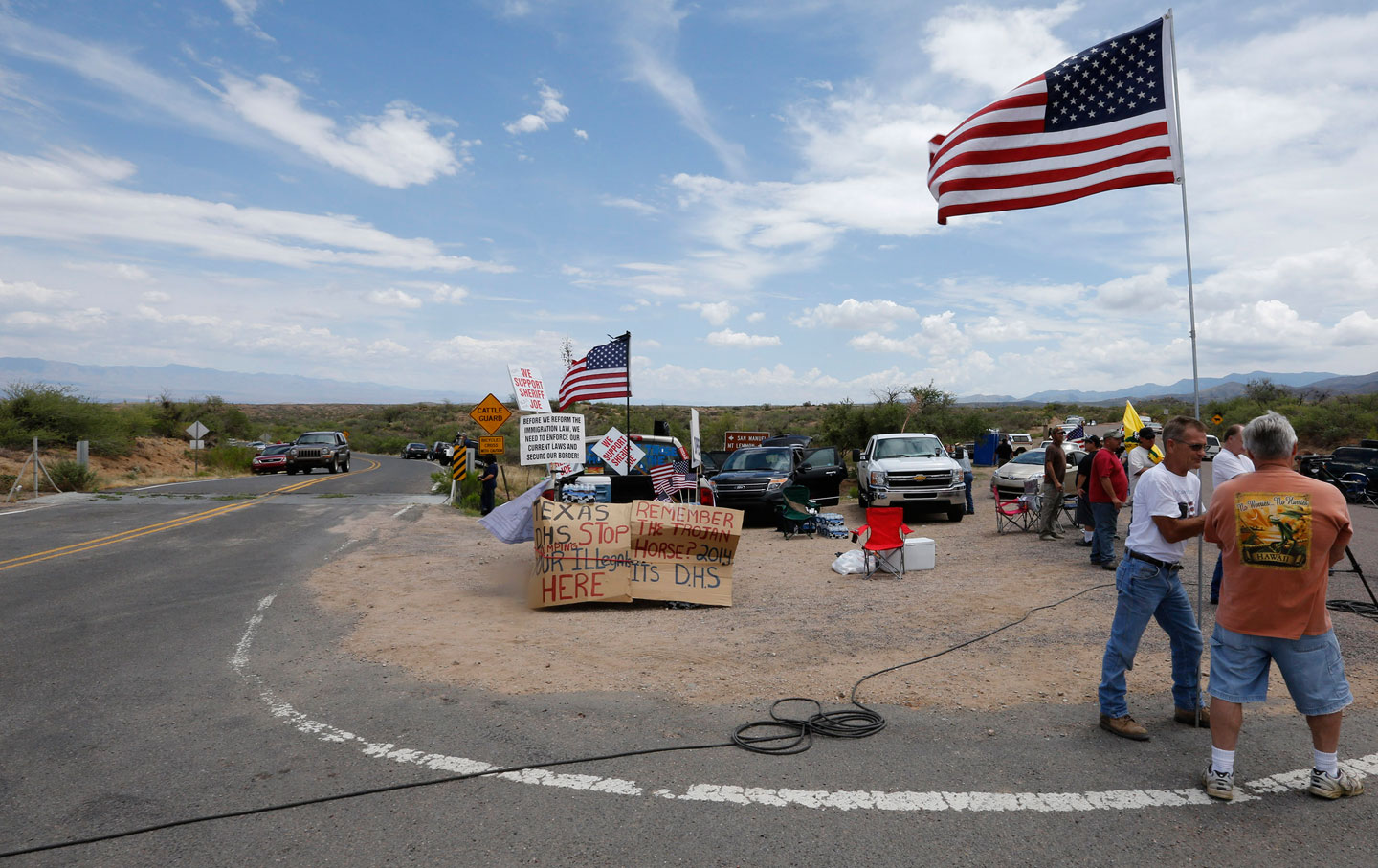 The year 1866 was an alarming one for xenophobes: Congress passed the Civil Rights Act, declaring “all persons born in the United States and not subject to any foreign power…to be citizens of the United States.” Though explicitly intended to grant citizenship to African-Americans, who’d been denied it by the Supreme Court’s ruling in the 1857 Dred Scott case, wouldn’t the law also “have the effect of naturalizing the children of Chinese and Gypsies born in this country?” wondered Pennsylvania Senator Edgar Cowan. “Undoubtedly,” responded Senator Lyman Trumbull of Illinois. When President Andrew Johnson vetoed the act, he too raised the specter of the Chinese and “the people called Gypsies.”

Congress overrode the veto, and went on to enshrine the principle of birthright citizenship in the Constitution’s 14th Amendment. Needless to say, fears about the children of the gypsies proved unfounded. Yet the idea that people with certain types of parents should be denied citizenship—and the associated rights—persisted. Late in the nineteenth century the government tried to withhold citizenship from the children of Chinese immigrants, but was rebuffed by the Supreme Court. Native Americans weren’t considered citizens until 1924. These days the target is Latino immigrants and their children. And thanks to Donald Trump, the nativist argument against birthright citizenship has moved from a sideline item to a centerpiece in the Republican primary.

In a set of immigration policies released Sunday, Trump called for an end to birthright citizenship, which he described as “the biggest magnet for illegal immigration.” Trump’s invocation of the fictitious “anchor baby” phenomenon isn’t particularly original. But what’s striking is that his implausible call for reinterpreting or rescinding the 14th Amendment has been taken up by so many of his competitors in the Republican field, including Scott Walker, Ted Cruz, Lindsey Graham, Bobby Jindal, Rick Santorum, Ben Carson, and Rand Paul. Chris Christie said recently that birthright citizenship should be “reexamined.” The much shorter list of those not in favor includes John Kasich (who previously advocated for revoking birthright citizenship), Jeb Bush, and Marco Rubio, who stated that he is “open to exploring ways of not allowing people who are coming here deliberately for that purpose to acquire citizenship.”

The issue of birthright citizenship resurfaces every so often in Congress, but it’s never gotten much traction. Most recently Louisiana Senator David Vitter warned of the “exploding phenomenon” of “birth tourism,” and in March proposed to limit citizenship to those who have at least one parent with a green card or who’ve served in the military. Though bids like Vitter’s are more demagogic than actionable, some US-born children with undocumented parents already face hurdles related to their citizenship rights. Texas, for instance, recently began refusing to issue birth certificates to parents who use a photo ID from the Mexican Consulate as their only form of identification.

Kelefa Sanneh points out that, bluster aside, Trump is actually forcing a substantive policy debate. The substance is extreme: Walker, for instance, once supported comprehensive reform legislation that included labor rights and a pathway to legal status; now he is “absolutely” in favor of ending birthright citizenship. (So are 63 percent of Republicans, according to a 2010 Fox News poll.) While the GOP was once wondering whether Romney’s promotion of “self deportation” went too far, now candidates are pandering to the base’s racial anxieties with talk of undoing what historian Eric Foner characterizes as one of the Republican Party’s own “historic achievements.”

The irony is that doing so would dramatically increase the number of undocumented people living in the United States. (As has the militarization of the border.) Denying birthright citizenship to children with undocumented parents would bring the population of unauthorized people to as many as 24 million by 2050, according to the Migration Policy Institute. The result, according to MPI, would be the creation of “an underclass of unauthorized immigrants who, through no fault of their own, would be forced to live in the margins of US society.” In other words, undermining the 14th Amendment won’t solve the (nonexistent) problem of “birth tourism.” It would, however, do what the denial of citizenship has done since the era of Dred Scott: strip civil rights from a racialized group, facilitating their exploitation.