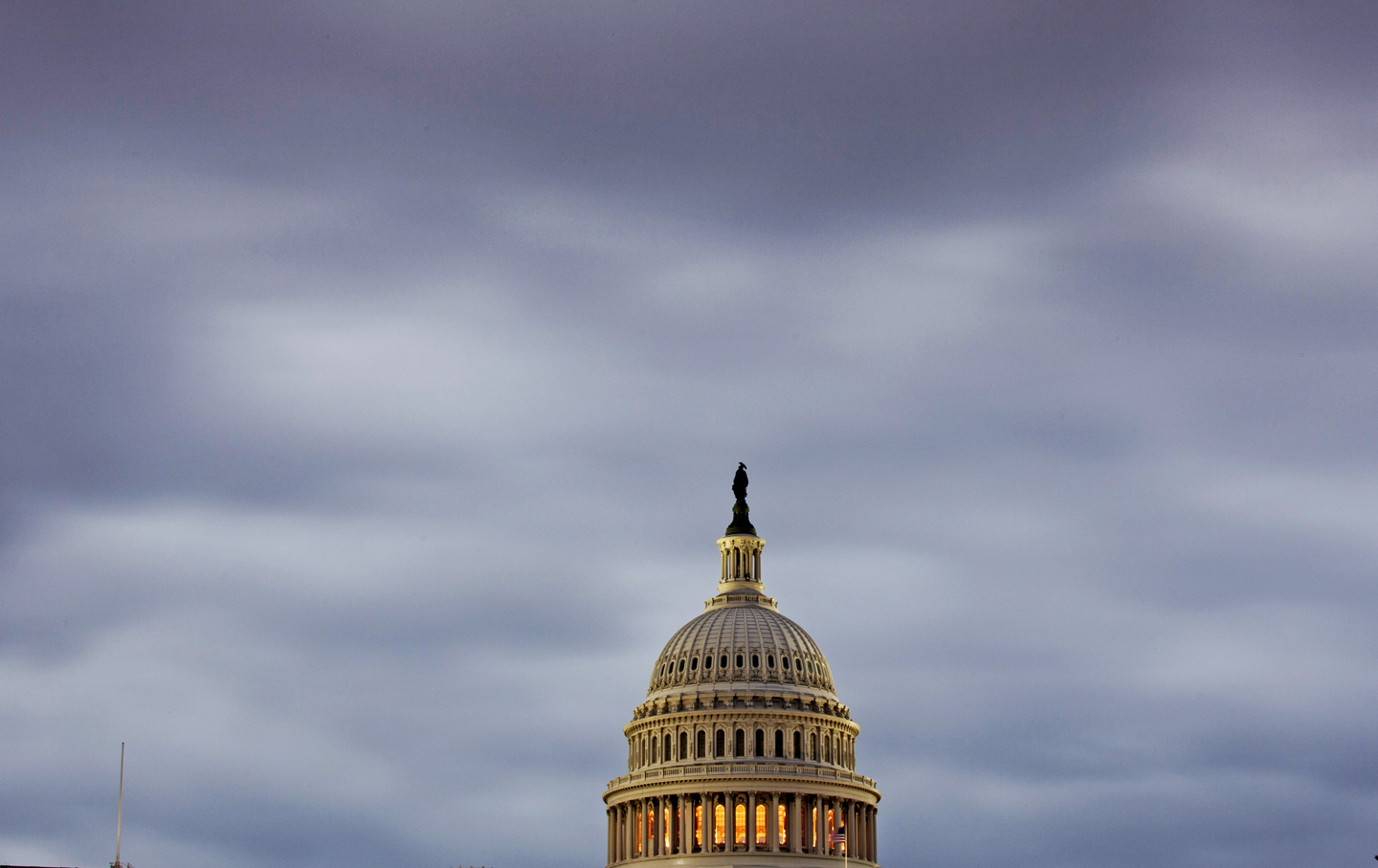 The Capitol in Washington is seen under an overcast sky at dawn, Monday, October 7, 2013. (AP Photo / J. Scott Applewhite)

Supreme Court Justice Louis Brandeis famously wrote in 1932 that US states should serve as “laborator[ies],” where local politicians could try “novel social and economic experiments without risk to the rest of the country”—or where, as Esquire’s Charles Pierce skeptically puts it, “the real work of governmentin’ goes on.”

Notwithstanding Pierce’s misgivings about the vagaries of state parochialism, though, our national Congress has shown itself incapable of effective governing (largely due to GOP obstructionism and extremism). So, if we’re going to see progress—in any field, really—in this decade, it’s the states that will have to provide it. Congressional ineptitude has reached such a level that Speaker John Boehner had to fall on his sword just to keep the federal government open for business. Such is governance by fire, and it is unsustainable.

Unfortunately, progressives historically have not paid enough attention to the state-level governmentin’, and, as usual, Republicans control the majority of state assembly chambers—that’s more power at the state level, in fact, than they’ve enjoyed since the 1920s. Republicans hold both the governorship and a legislative majority in 23 states, while the Democrats control both in just 7.

And it wasn’t just a tide of anti-Democratic sentiment that manage to flip nine state legislative chambers in 2014, bringing the total of GOP-controlled state legislative chambers to 69 out of 99 (Nebraska’s legislature is unicameral and officially nonpartisan). State senators and state representatives run locally, on local issues, far from the machinations of Washington. It only takes a handful of Republican ousters—sometimes fewer than that—to flip a state chamber to red and dash the hopes of progressive reformers. The extreme is in Kansas, where Sam Brownback is governor and where Republicans outnumber Democrats in the state’s legislature by nearly four to one. Pundits cannot find the right term to describe the state’s hyperconservative policies—“failure” and “embarrassment” seem to be the general consensus—and life is a nightmare for those who receive state assistance. Although not as radical, Chris Christie’s New Jersey has fared similarly.

It all makes for a difficult political landscape, but, fortunately, groups like SiX are stepping up. SiX stands for State Innovation Exchange, and its self-described mission “is to create and maintain a policy, communications, and political infrastructure that supports long-term progressive policy gains in the states and beyond, focusing the goals of progressives more on our communities, and less on Congress and the federal government.” To this end, SiX has combined the efforts and resources of the Progressive States Network, ALICE, and the Center for State Innovation. The idea is for progressives to approach the state capitols more proactively and aggressively, a remarkable about-face from the defensive catch-up that progressives have been forced to play in recent decades. You cannot watch the federal government repeatedly flirt with shutdown before recognizing that there is a better way, and that progressives stand ready to direct us there.

SiX has worked at state capitols this year to quash ill-conceived, Indiana-style “religious freedom” laws, and the organization puts the welfare of working families ahead of the balance sheets of corporations. Writes Nick Rathod, SiX’s executive director, “For nearly a generation, conservatives have outpaced us at the business of movement-building in states. They have focused hard on it, poured resources into it, and have been ruthlessly efficient at it. Starting now, we will do the same.” Called an “ALEC-killer” (after the pro-corporate American Legislative Exchange Council)  by Politico when it was founded last year, SiX has real momentum behind it. The desire to fight ALEC’s profit-driven, corporate agenda is indeed fierce.

The Six Conference, which will convene in Washington this Thursday, October 1, and run through October 3, will serve as both a confab and launchpad for progressives who are intent on creating progressive change at the state level. This year—the conference’s second—expects to host nearly 300 legislators, from all 50 states, double last year’s turnout. New York City’s Bill de Blasio—example A for progressivism on a local level—will address the conference on Friday, October 2.

The conference will also include a panel on the Movement for Black Lives featuring Dorian Warren, Alicia Garza, Marbre Stahly Butts, Rashad Robinson, and Dante Berry. Among elected officials, there’s much misperception about what the movement is; why it’s important; where policy solutions should be focused; and how to engage with the movement, both at the policy and ground level. Movement leaders and elected officials will need to work together, and the conference’s facilitation of such alliances is exciting. What better way to inspire progress than to have 300 state lawmakers together in a room, getting educated on how to partner with movement leaders to move the ball forward on policy outcomes?

As entertaining as the presidential cycle might be, we need to recognize and support SiX’s efforts. No state can afford a Kansas-style embarrassment, but such a fate awaits us if we maintain local-level apathy and continue to send red and redder pols to our statehouses.