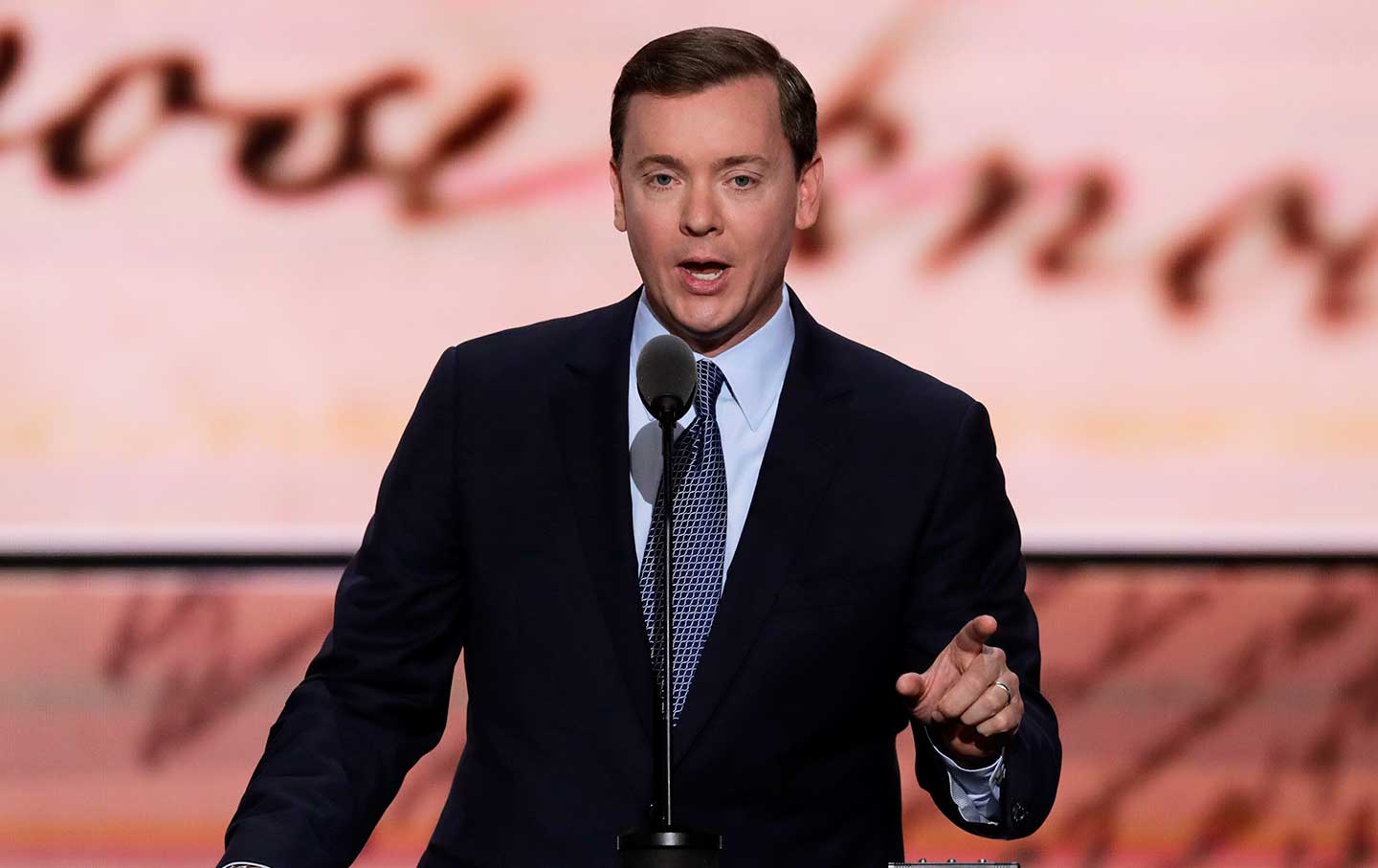 Cleveland—The National Rifle Association sent its top lobbyist, Chris Cox, onto the stage at the Republican National Convention on Tuesday night. Keeping with the theme of the proceedings—scary people are coming to kill you—Cox told a little parable:

Imagine a young mother at home with her baby, when a violent predator kicks the door in. He’s a three-time loser who was released from prison early because some politician wanted to show their compassion. What’s she going to do? She’ll dial 911, and pray. The police will do their best to get their quickly, but their average response time is 11 minutes. So the question is, should she be able to defend herself with a firearm in her own home? Of course. Friends, that question is on the ballot in November.

Nothing Hillary Clinton is proposing, or conceivably would propose, would prevent that woman from legally purchasing a gun. But that aside, Cox’s tale was a huge backfire that eviscerated the NRA’s case for more gun ownership and looser laws.

This hypothetical violent predator, after having committed three crimes, could still easily purchase a gun today if he knows how to use Craigslist or find a local gun show. That’s because Republicans in Congress, backed by the NRA’s aggressive lobbying efforts, defeated a legislative package in 2013 that would have expanded universal background checks to online and person-to-person sales. Cox clumsily tried to avoid this point by not actually saying this “three-time loser” was armed, even though it would have made a better story. But it would have further underlined his accidental pro–gun control argument.

Moreover, public-health researchers have reached an inescapable conclusion: More guns means more women die. Women in the United States are 11 times more likely to die from being shot than women in other high-income countries.

The chance of anyone being murdered in a random home invasion like the one Cox depicts are one in several million. It’s vastly more likely this predator would have been the woman’s husband or boyfriend. From 2001 to 2012, 6,410 women were murdered by an intimate partner with a gun, which is more than all US the combat deaths in Iraq and Afghanistan during those years combined.

Cox’s intended message was that if the woman had a firearm, she could fend off this attacker. But the self-defense function of women who have guns has never been demonstrated by social science, and research shows the mere presence of a gun during a domestic incident makes murder 500 percent more likely.

The NRA has actively blocked several fixes that would make it harder for domestic abusers to get weapons. Federal laws keep abusive husbands from passing a firearm background check, but doesn’t do the same for abusive dating partners. More women are killed by boyfriends or dating partners than husbands. Republicans, at the urging of the NRA, have blocked changes to federal law.

Cox actually performed a public service by raising the issue of women who are killed by firearms. He just had exactly the wrong plan for fixing it.