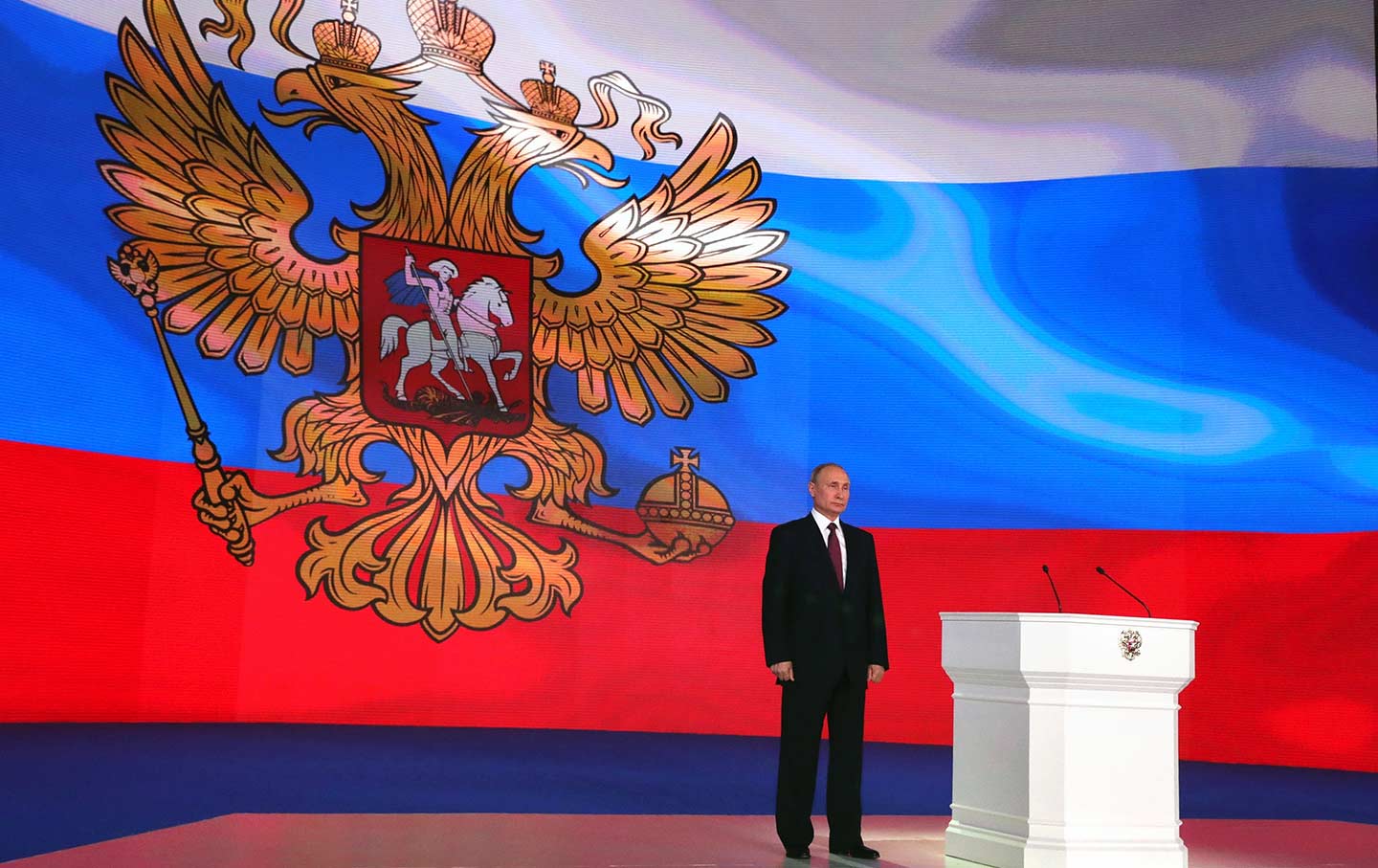 We all can recall some of those defining moments that mark the beginning or the end of major historical epochs: the atomic attacks on Hiroshima and Nagasaki in August 1945; Winston Churchill’s “Iron Curtain” speech of March 5, 1946, heralding the onset of the Cold War; the tearing down of the Berlin Wall on November 9, 1989, signaling the Cold War’s end; and the attacks on the World Trade Center and the Pentagon on September 11, 2001, precipitating our never-ending “War on Terror.” To these, we now must add a new inflection point: the escalation of the New Cold War this February.1

Three interconnected events have given February this distinctive status. First, the release of the Trump administration’s Nuclear Posture Review, a blueprint for an expanded nuclear arsenal and a more permissive policy regarding nuclear-weapons use. Second, the decision by Chinese officials to eliminate term limits for the country’s president, paving the way for Xi Jinping to remain in office after his next five-year term ends in 2023. And third, Russian President Vladimir Putin’s state-of-the-nation address on March 1, in which he announced the development of a new family of nuclear weapons intended to foil US antimissile systems and strike the heart of America.2

Trump’s Nuclear Posture Review is a game changer because it repudiates the logic that had governed nuclear weapons under President Obama—whose stated goal was to limit their use to retaliation for an enemy’s nuclear assault—and instead envisions their use for a wide range of purposes, including to blunt a Russian advance on NATO forces or to retaliate against a cyber assault on critical US infrastructure. China’s decision on term limits is equally significant because it will enable Xi to proceed with his plans to restore China to its historical role as the dominant power in Asia—a drive that is bound to provoke stiff resistance from Washington, which is reluctant to surrender the United States’ own hegemonic role in the region. Putin’s speech completed the trifecta of pivotal events by signaling Russia’s determination to counter US nuclear advances with equally terrifying measures of its own. Asserting that the United States seeks to incapacitate Russia’s retaliatory capacity by installing advanced antimissile systems, Putin announced plans to deploy nuclear-powered cruise missiles and unmanned submarines designed to overcome any such capabilities.3

Taken together, these three events have done much to create an international environment of suspicion, hostility, and bellicosity, not unlike the nightmarish climate of the early Cold War. As was true back then, assertions by one side regarding weapons development by the other are being used to justify yet more new weapons, inevitably sparking reciprocal action in a perpetual arms race. As in that era, moreover, military measures are being accompanied by a slide toward authoritarianism and suppression of dissident views. But this era is different because there are three, rather than two, major powers involved, increasing the space for miscalculation, and because the world contains more potential flash points than ever before, including some involving other nuclear-armed states, such as India, Pakistan, Israel, and North Korea.4 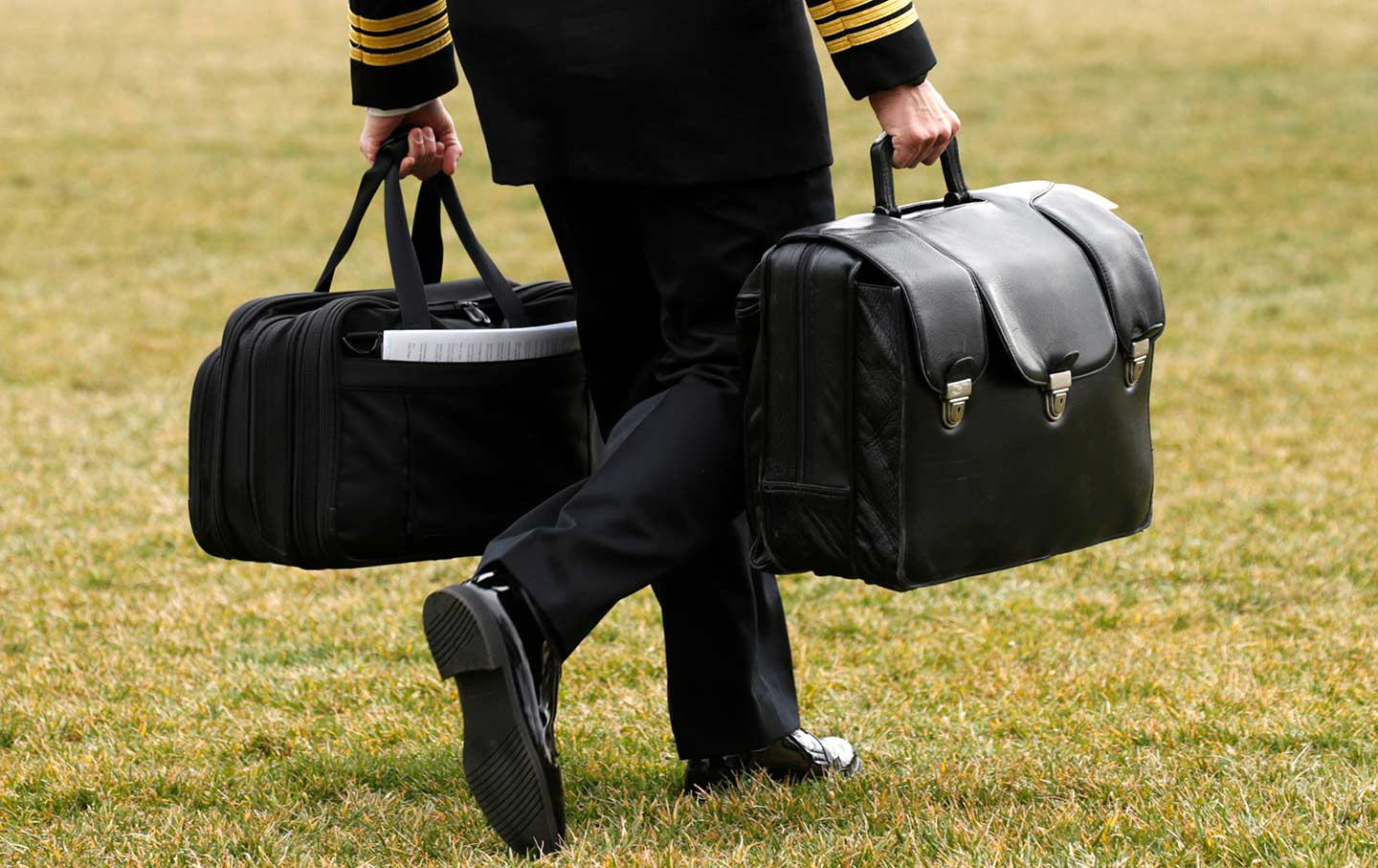 Nukes Are the New Normal

To preserve peace in this new era, it will be necessary to revive many of the disarmament initiatives of the original Cold War era, while also reinvigorating them with the organizational and communications advances of more recent years. During that earlier era, peace advocates operated on two levels: mounting massive campaigns to put public pressure on political figures (think, for example, of the nuclear-freeze campaign); and working with the scientific community to devise arms-control measures aimed at reducing the risk of a nuclear Armageddon. Today’s activists must pursue a similar strategy, seeking to mobilize greater public involvement on nuclear issues while simultaneously lobbying for specific measures that might halt the slide to disaster.5

Working to reverse—and then, finally, to end—a revived arms race must be the overriding goal of these efforts, with all nuclear states admonished to refrain from pursuing new weapons systems that will invite equally threatening acquisitions by rivals. In the short term, however, the priority must be prevention of war (very possibly involving the use of nukes) with North Korea. Only a few weeks remain before the United States is scheduled to conduct another round of aggressive military exercises in the region, a move that is likely to spark more missile tests by Pyongyang and scuttle South Korean President Moon Jae-in’s peace initiative. War would be the likely outcome—perhaps within a matter of months, or even weeks. The recent breakthrough by South Korean negotiators in winning North Korean strongman Kim Jong-un’s agreement to hold talks with the United States on the North’s denuclearization could help avert war, but only if Washington responds in a conciliatory fashion. Readers can help forestall precipitous action by urging their members of Congress to support the No Unconstitutional Strike Against North Korea Act. We can survive this New Cold War, but only through the same sort of activism that helped to end the first one.6