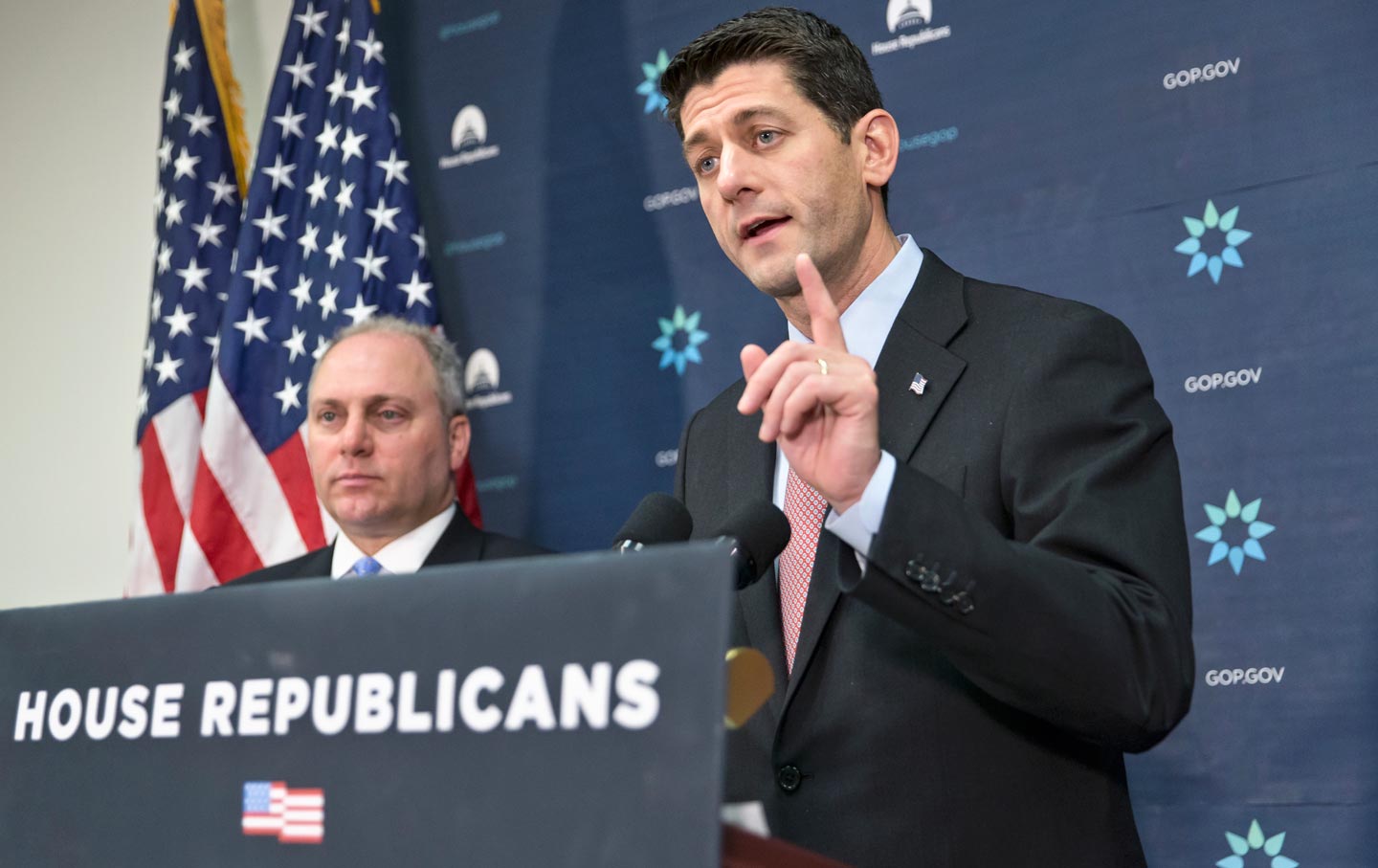 Paul Ryan states there should be a “pause“ in Syrian refugees coming to the US in a press conference on Capitol Hill on November 17, 2015. (AP Photo / J. Scott Applewhite)

I have spent the past week shuddering at the vast depths of nihilism that ISIS represents—at a movement that takes joy in killing innocents, be they Russian holidaymakers over Egypt; shoppers and businesspeople in Beirut; diners, sports fans and concertgoers in Paris; or Norwegian and Chinese hostages.

I have, too, spent much of the past couple of years shuddering at the horrors unleashed within ISIS’s self-styled caliphate as well. For no matter how grisly the events in Paris, far more Syrians and Iraqis have died at the hands of ISIS than have any other nationality.

The victims of ISIS (as well as the broader war in Syria) have been fleeing in unprecedented numbers—fleeing to Lebanon, to Turkey, taking deadly boat journeys across the Mediterranean, walking across countries, across continents—seeking safety and sanctuary. Many have died on this journey, including young children drowned at sea. Many more, inevitably, will die on this journey. It is a spectacle of misery extraordinary in its scale, and in its moral urgency.

And yet, after November 13, countries across Europe have begun shutting out these refugees, and in the United States we are witnessing one of the most morally calamitous reactions to a refugee crisis in the country’s history.

Over the past several days, one Republican governor after another has closed his state to refugees from Syria—or, since they technically do not have the legal power to prevent the federal government from admitting refugees, has pledged to refuse all state resources to aid in this process. A Democratic mayor in Virginia has called for using the World War II internment system that was used against Japanese Americans—itself one of the most widely discredited and shameful episodes in recent American history—as a model for how to approach the Syrians. Some Texas Republicans have argued that they should not take in Syrian refugees because they already are dealing with undocumented immigrants from Mexico—and that they can’t take in Syrian refugees because it would be too easy for them to buy guns (that may be true… but, as we’ve seen so often in recent years, it’s equally easy for angry young white Christian men to purchase guns and go on mass-shooting sprees, and yet Texas hasn’t closed its borders to that demographic, nor have its political leaders made any effort to enforce sensible gun-control policies).

Jeb Bush has said we ought to prioritize refugee status for Christians. John Kasich has called for a government agency that would beam “Judeo-Christian values” over Middle Eastern airwaves. In Congress, the GOP-led House, with a shockingly large number of Democrats in support, just voted on a bill that would make it virtually impossible, in practice, to admit Syrian refugees into the country. And Donald Trump has used the crime against humanity that occurred last week in Paris as a prop in his vicious campaign of demagoguery: Because of Paris, he has said, we must get serious about building a wall to close off Mexico. Because of Paris, we must put security first above all civil liberties. Because of Paris, we must start up again the few post-9/11 surveillance programs that were curtailed by courts and politicians because of their abusive properties, and must maintain and expand a raft of others. A surveillance state briefly put in the dock by Edward Snowden will, in this vision, be fully unleashed and unchecked. And because of Paris, we ought to consider registering American Muslims in a special database.

There is an odor of early fascism, or rather of the hysteria that precedes the march away from democracy, to much of this Trumpian rhetoric. An odor of the street fight. An odor of the iron fist.

It is an acrid smell, a mid-century aroma tinted with totalitarianism and historical ignorance. No society can protect its open, pluralistic politics by thoughtlessly clamping down on civil liberties. No country can seriously sustain its claim to being a beacon for human liberty if its most demagogic forces are unleashed against vulnerable, hungry, scared, and desperate refugees.

In my mind’s eye, I see the young child drowned in the Mediterranean, the photographs of whom, just a few weeks back, captured the world’s attention and, quite rightly, tugged at our collective heartstrings. I see the families who get off airplanes after odysseys of thousands of miles, pick up their worldly belongings—usually just two or three suitcases—and, with the help of organizations such as the International Rescue Committee, are given a chance to start lives anew, welcomed into communities around the country. I see all of our better instincts at work in helping these men, women, and children start afresh. And now, competing with these images, I see something uglier being unleashed. I see powerful figures such as Trump beating up on helpless refugee children. I see a stampede on the right to exploit a catastrophe, to exploit the war crimes of madmen, for partisan political gain.

It is, quite simply, shameful. To block access to America for refugees—in particular refugee children—fleeing the barbarism of the Syrian war is as unsavory as was the turning back of ships filled with desperate Jews in the period leading up to the Second World War.

There’s a certain famous statue in New York Harbor, with a certain famous phrase etched into its base. Everyone knows those lines. They urge the world to “Give me your tired, your poor/ Your huddled masses yearning to breathe free.” They offer, in America, succor to “the homeless, tempest-tost” of the world. They are good, solid, morally righteous lines. They should be read sometime by those who now use their public platforms to beat up on desperate people in these most tempest-tossed of times.