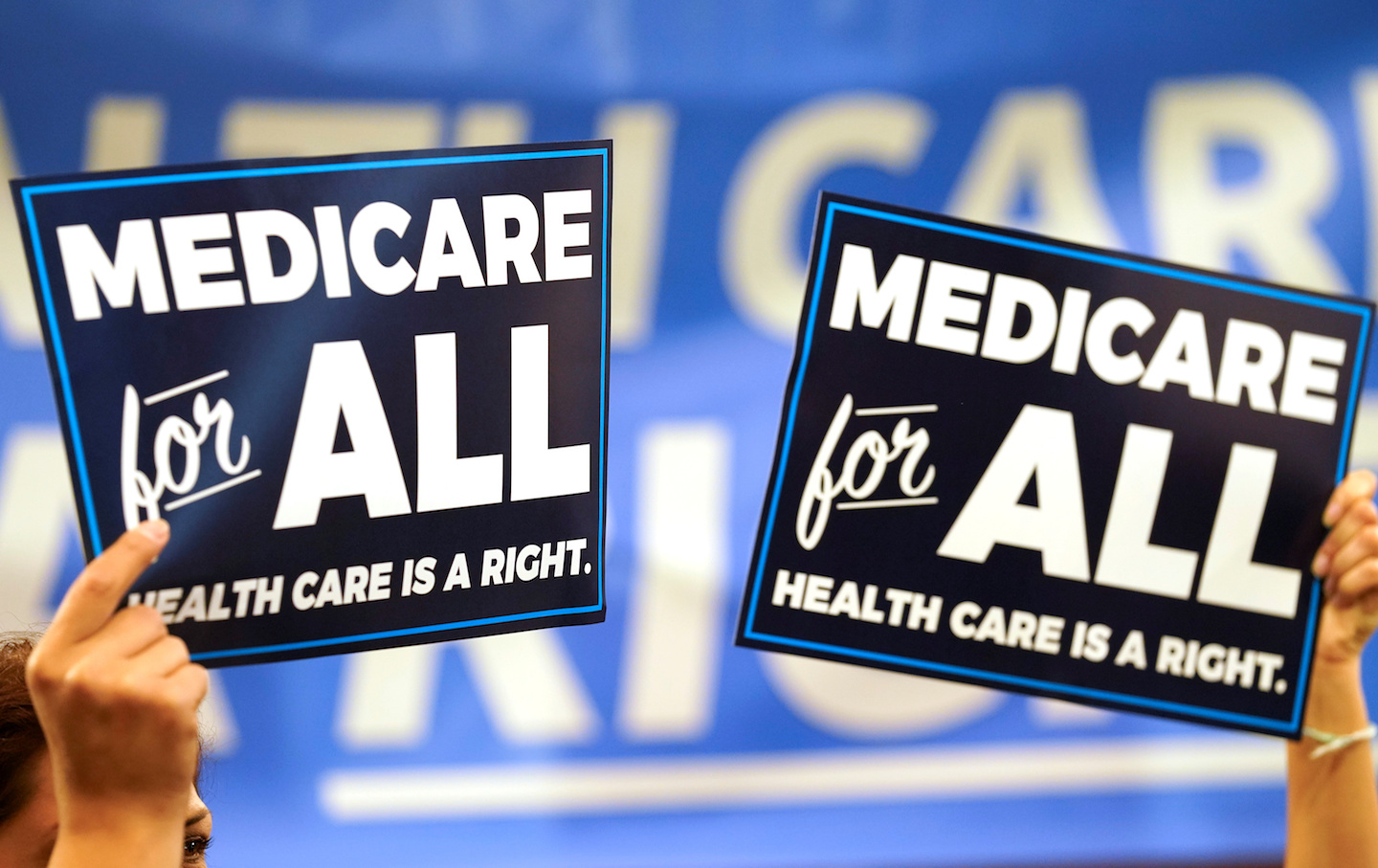 Participants hold signs as Senator Bernie Sanders speaks at a news conference to introduce the “Medicare for All Act of 2019” on Capitol Hill, 2019. (Reuters / Aaron P. Bernstein)

In the Democratic presidential debate, Medicare for All has been probed and dissected as if it were an extraterrestrial alien rather than a logical extension of Medicare, the most popular US medical program. Debate moderators have drilled down on the cost of Medicare-for-all, ignoring the fact that it would cost less and cover more than our existing system. Pete Buttigieg, the largest recipient of health-care industry donations outside of President Trump, bashes its champions, Senators Bernie Sanders (I-VT) and Elizabeth Warren (D-MA), for wanting to increase taxes on the middle class while booting “150 million Americans off their insurance in four short years.” Former vice president Joe Biden labels Warren as “angry,” “condescending” and “elitist.”

Ignored in the furor is what might be the most incredible assertion in the health-care debate: the claim by the centrists that they can provide health care to everyone for less money than Medicare-for-all by cobbling a public option onto our current system. Americans, they claim, can have their choice between private insurance or a public system like Medicare.

It doesn’t take much reflection to realize that this is a real stretch. Adding a public option on top of our current system would continue the staggering administrative waste of the private insurance system. About 30 percent of every health care dollar is squandered on administrative overhead—largely the paperwork, the preapprovals, denials and appeals that are inherent in a system of for-profit private insurance companies. That’s about $1 trillion a year. Medicare for All can cut that trillion dollars in half by eliminating that bureaucratic waste. To continue to pay for that waste, a public option system will either end up as Medicare for All Who Can Afford It—rationed by cost, with tens of millions deprived of adequate health care—or it will cost far more than Medicare for All.