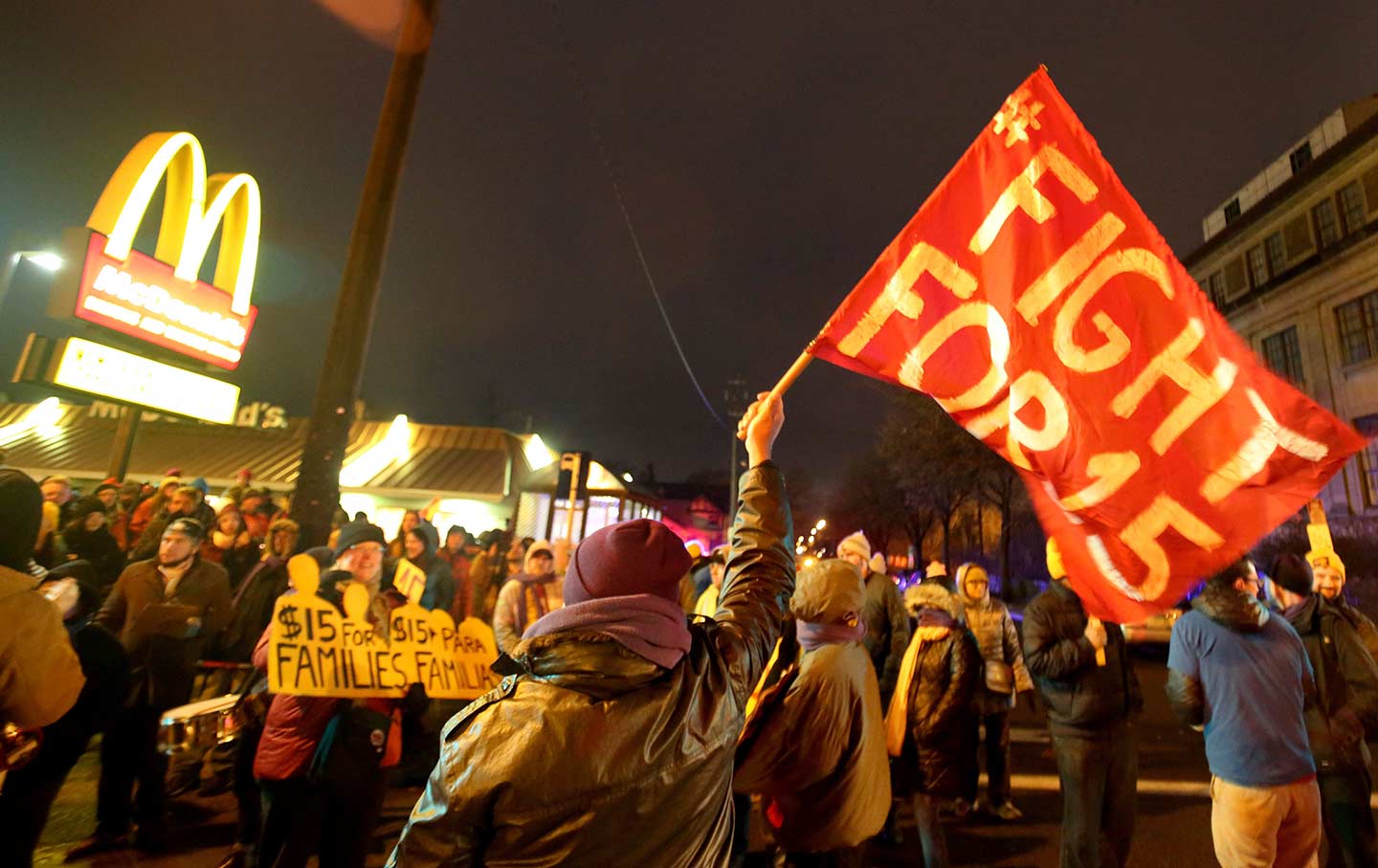 Protesters gather outside a McDonald’s during a demonstration for higher wages in Minneapolis on November 29, 2016. (AP Photo / David Joles)

When hundreds of fast-food workers in New York City went on strike in 2012, they weren’t focused on starting a national movement. They were simply fighting for a livable income. “We’re trying to at least survive,” said Truvon Shim, one of the workers calling for a $15 hourly minimum wage and the right to join a union. “At least make it without having to [go] week to week. At least be able to put something in the bank for a rainy day.”

Within months, what became known as the Fight for $15 had spread to dozens of cities. The movement soon found champions in city halls and statehouses nationwide and won landmark victories in Seattle, California, New York, and several other places. In 2016, Senator Bernie Sanders (I-VT) made the $15 minimum wage a centerpiece of his presidential campaign, pushing the Democratic Party to include it in its platform. But, until last week, the proposal had never received a vote in Congress.

Last Thursday, the House passed the Raise the Wage Act, which would gradually increase the federal minimum wage from $7.25 an hour to $15 an hour by 2025. The vote marked the first time that either house of Congress has approved a minimum-wage increase since 2007. In addition, the bill would phase out the sub-minimum wage for tipped workers, which has remained at a paltry $2.13 an hour for nearly three decades.