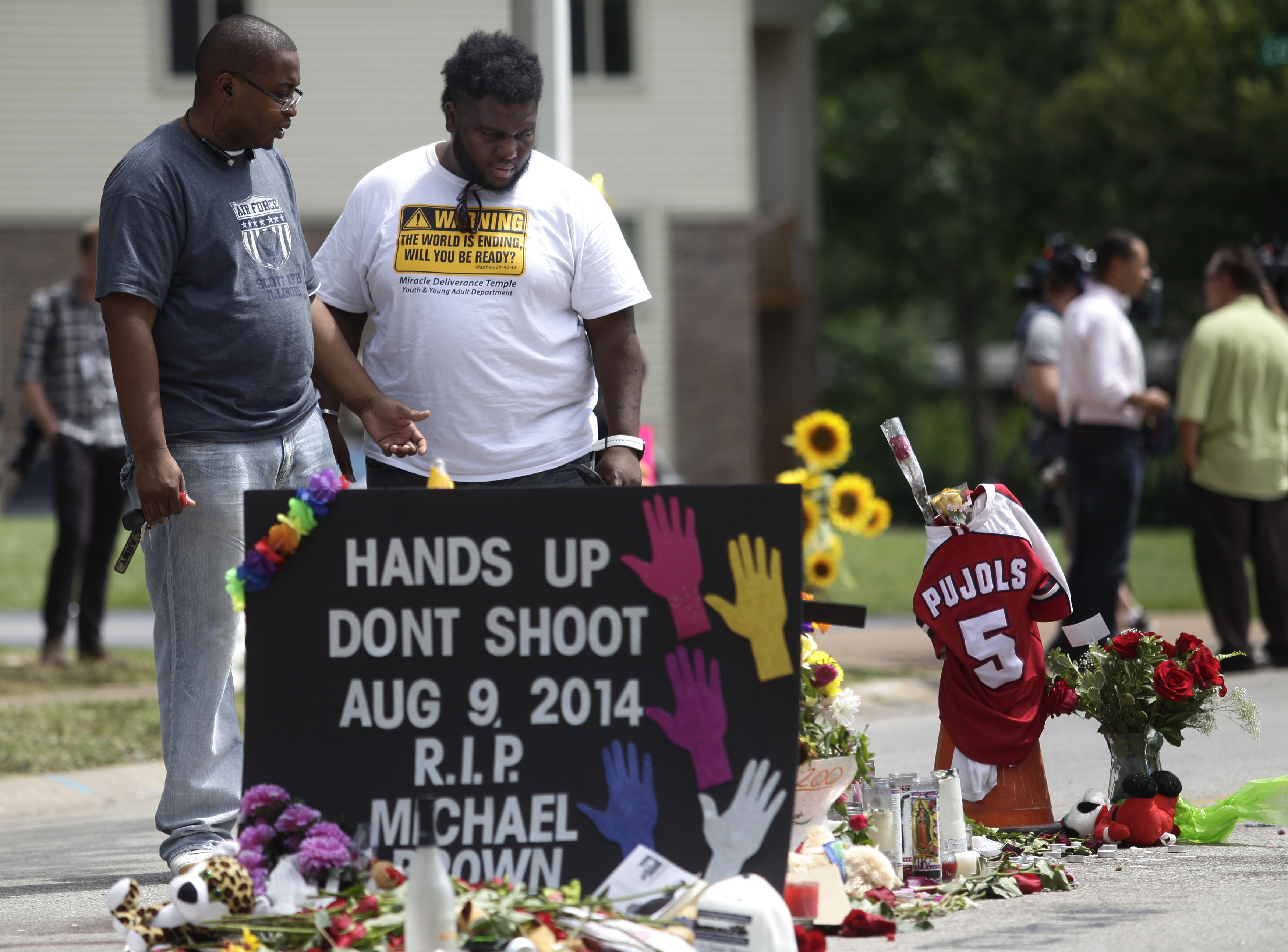 This kind of exercise usually does little more than allow politicians to kick a politically difficult can down the road. But last week, the commission came back with an in-depth analysis of the structural problems that keep communities like Ferguson mired in poverty and despair—and a comprehensive approach to address them. The commissioners didn’t look at policing in a vacuum; they studied the interconnected problems of poor housing, healthcare, transportation, and childcare. They looked at police training, the school-to-prison pipeline, and how some municipalities are financed in part by issuing their residents endless citations for petty infractions.

But will the commission’s 189 recommendations lead to real change, or will the report end up gathering dust in a filing cabinet somewhere?

To get a sense of its prospects, I spoke last week with Reverend Starsky Wilson, president of the Deaconess Foundation, pastor at Saint John’s Church in St. Louis and co-chair of the Ferguson Commission.

The transcript below has been lightly edited for length and clarity.

Joshua Holland: Can you briefly summarize the commission’s key findings?

Starsky Wilson: What we found through a process of community engagement that included more than 2,000 people, as well as the insights of 100 experts, was that racial inequity in our region costs something. For some people, it costs 18 years of their life. We see that when we compare the life expectancies in the 63106 and 63105 zip codes, which are just 10 miles from one another.

It also costs something in gross domestic product. The University of Missouri–St. Louis, tells us, through their public policy research center, that some $14 billion is left on the table because of the racial inequities that we find throughout our region.

What we have found throughout the process is that if we focus on a broad racial equity framework for our region, if we ask the questions of who does this particular piece of legislation, this ordinance, this regulation disproportionately impact, then we can actually start reducing some of these disparities.

Our work settled on four broad areas: racial equity, justice for all, youth at the center and opportunities to thrive. We were able to get at the need for police and municipal-court reform. We looked at how to care for the whole child, not just in terms of educational systems but also by being thoughtful about things like school suspensions and discipline. We were very intentional about making sure we have adequate transit capacity because we have a very diffuse workforce. And in our economic conversations we focused on economic mobility, not just economic development. That is to say, what does it take for families to do better for their children.

At the beginning of the process, some Black Lives Matter activists were hesitant to participate in the commission. Some felt that it was an attempt to co-opt their movement. How did that play out? How much input did the commission get from not only community leaders but also ordinary citizens who were out protesting in the streets last summer?

I think what’s really been helpful is that there’s not a whole lot of distinction. I have been active in protests. And other members of the commission have been as well.

Earlier on, it was critical that the commission gained the credibility and confidence of the community and, yes, that was going to be hard to come by—especially when we were appointed by the governor. We had to be careful to make sure the process was completely open and transparent.

So early in the process we heard the voices of people who were directly affected by police violence. In our second hearing, we heard from a delegation that went to the United Nations Committee Against Torture to report on policing here in Ferguson.

We also had to make sure that we kept faith with our own commitments as people of faith, people who are part of a movement. We couldn’t suddenly go on the commission and then disappear from the streets. We have been very intentional about who we are, and I think people appreciated that authenticity and credibility—so much so that some of the activists became part of the process.

Some of the commission’s recommendations—like increasing the minimum wage—would require action by the Missouri legislature, which is quite conservative. To what degree did the commission consider these kinds of political constraints? And what kinds of recommendations don’t require legislators’ approval?

The commission was quite aware of the political constraints. We also recognize that there are things that can still be moved at different levels. For example, police standards for training fall under the governor and the Department of Public Safety. Our call for increased police training in the use of force, officer wellness and cultural competency—or anti-bias policing—is already moving. The governor has made a commitment to that, and the Peace Officer Standards and Training Commission is already working out those regulations.

But we also understand that it will take ongoing coalition building to advance this agenda.

How receptive have police agencies been to the commission’s recommendations?

Police representatives participated in the commission. They have had a voice throughout the process. And in April, when we called for mandatory increases in police training in those areas I mentioned, several local police departments offered their voluntary compliance until the state makes those changes mandatory.

I’ve heard, anecdotally, that residents in some communities have seen a backlash among some officers, and some police agencies are becoming more reactionary. Can you speak to that?

Unfortunately, demonstrators have attested to a lot of aggression from police during protests of officer-involved shootings in the last year. This highlights the need to implement our recommendations about how to better police mass demonstrations.

When the commission began its work, a lot of conservatives were wary of the Black Lives Matter movement, but not necessarily hostile toward it. But over the last six months or so, and certainly since the unrest in Baltimore, many conservative politicians and media figures have vilified the movement, accusing it of fomenting violence against police. Has that made your work harder?

Last August, my church hosted the Black Lives Matter Freedom Ride to Ferguson, and I’ve come to personally know and love leaders of this movement. There are pundits and politicians who have chosen to vilify our work, but this movement has given critical voice to the evolving project of inclusive democracy. Today, you can’t name three domestic issues worthy of presidential debate before getting to police reform. How the electorate responds to these calls for change will be far more important than the rhetoric coming from pundits and conservative voices on television.

I understand that you’re raising money in the hope of creating some lasting infrastructure to advance the commission’s recommendations. Can you offer some insight into the fight ahead?

Over the course of the next three months we will be setting up an implementation, evaluation and monitoring system. We’ll choose an organization that will provide support to different actors in the community who are working to advance this common agenda. We’re going to focus on mutually reinforcing activities. We’re going to keep up continuous communication and establish a system to help measure progress.

We’re also developing and filing legislation for the coming legislative session. And we’ll be working with elected officials to see where we can get bipartisan support to advance some of these bills.

And we will continue to engage grassroots organizations that have already gone through the report and identified the things that they think are the most important of our 189 recommendations. They’re launching campaigns to push them. These groups have been meeting over the course of the last month, and are planning to turn out thousands of individuals to press public officials to commit to advancing some of the issues on our agenda.

We need a movement for change in our region around these recommendations and that requires these kinds of ongoing activities. It also requires grassroots movement-building, engagement and, in some cases, challenging the existing power structure. And we’re pleased to see that all of these things are now happening in our region.