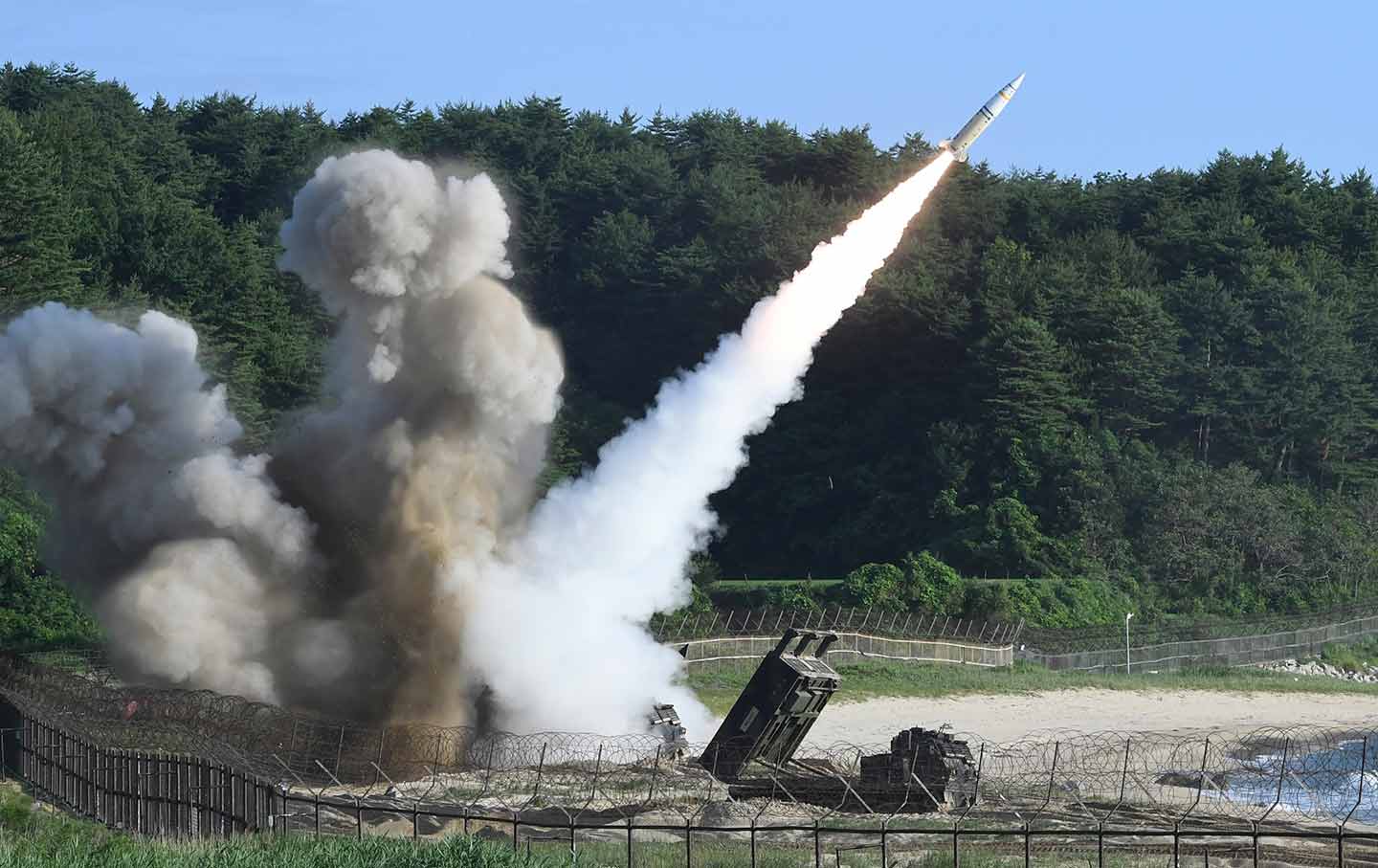 A US MGM-140 Army Tactical Missile is fired during the combined military exercise between the United States and South Korea against North Korea, July 5, 2017. (South Korea Defense Ministry via AP)

Nuclear anxiety is on the rise. While President Trump has denied reports that he sought a “nearly tenfold” increase in America’s nuclear arsenal, there is no disputing that the risk of a nuclear catastrophe is escalating on his watch. Trump’s decision to decertify the Iran nuclear deal recklessly imperils the landmark agreement and our security. It also damages the chances of diplomacy with North Korea, which has been ramping up its missile-testing program, by signaling that the United States cannot be trusted to keep its word. And with the United States and Russia engaged in an increasingly dangerous cold war, it was reported this weekend that the Air Force is preparing to put nuclear bombers on 24-hour ready alert for the first time since 1991.

With so many causes for alarm, it was wise that the Nobel Committee awarded its Peace Prize this month to the International Campaign to Abolish Nuclear Weapons (ICAN). For too long, many leaders in the United States and around the world have failed to heed the warnings of experts about the escalating nuclear threat. As former defense secretary William J. Perry warned in 2016, “The danger of some sort of a nuclear catastrophe is greater than it was during the Cold War and most people are blissfully unaware of this danger.” That people are finally paying serious attention is a positive first step. Now, if we hope to avert a calamity, it is time to consider the alternatives to our current disastrous path.

One such alternative was recently proposed, in an opinion piece for The Washington Post that demands more attention, by perhaps the most radical and committed arms reductionist ever to lead a nuclear power, former Soviet leader Mikhail Gorbachev. While remaining clear-eyed about the challenges of negotiations between the United States and Russia, Gorbachev argues that diplomacy is necessary in order to prevent a nuclear conflict. “A way out must be sought,” he writes, “and there is one well-tested means available for accomplishing this: a dialogue based on mutual respect.”