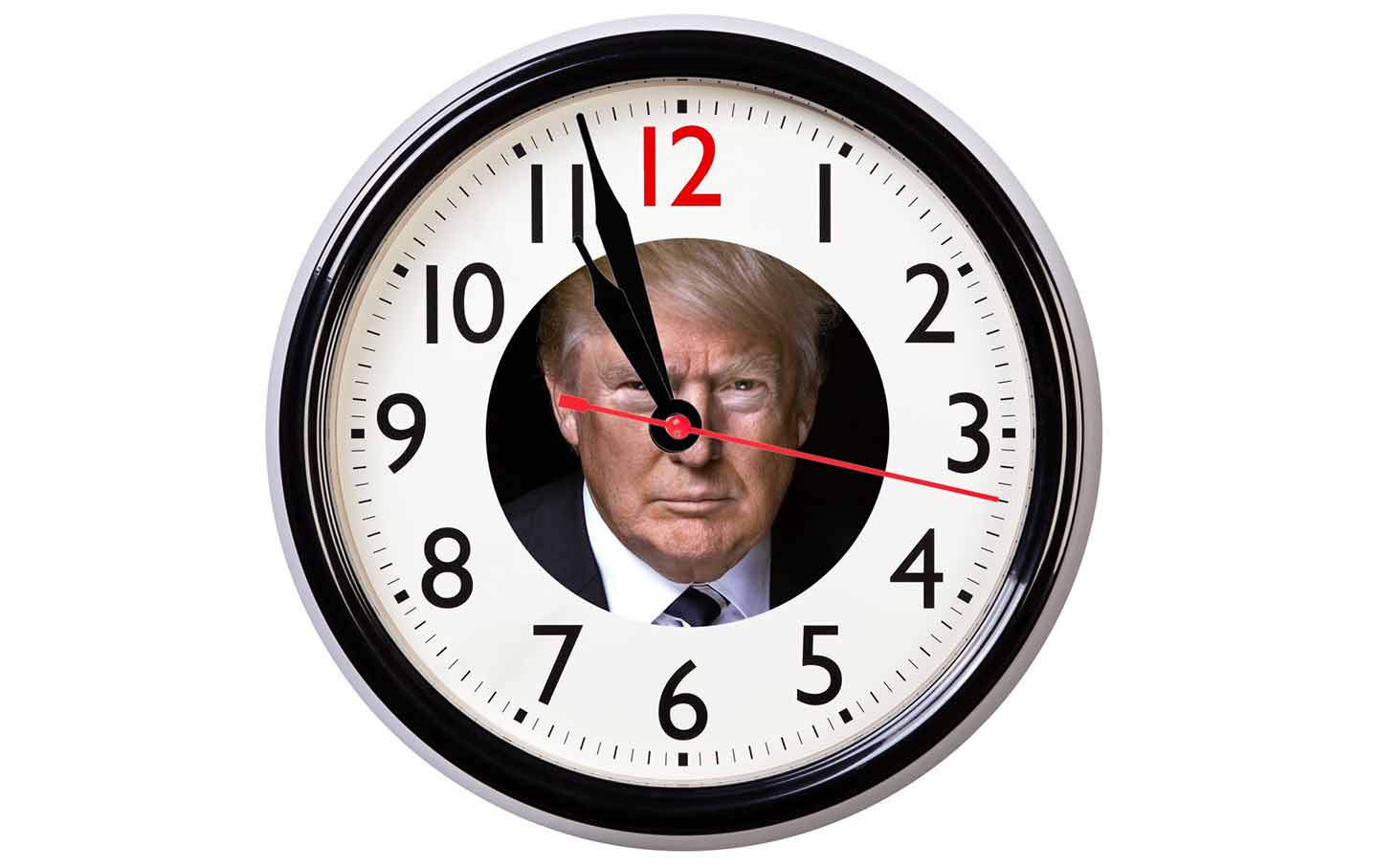 The “Doomsday Clock,” which members of the Bulletin of the Atomic Scientists’ Science and Security Board have maintained since 1947 as a measure of “how close we are to destroying our civilization with dangerous technologies of our own making,” moved 30 seconds closer to midnight in the week after Donald Trump was inaugurated as president. “It is two and a half minutes to midnight, the Clock is ticking, global danger looms,” the scientists warned. “Wise public officials should act immediately, guiding humanity away from the brink. If they do not, wise citizens must step forward and lead the way.”

Citizens of the United States cannot address all the threats posed by all the errant leaders of all the countries on a planet that has plenty of problems. But they do have a duty to be on alert to threats posed by elected and appointed officials who fail to recognize their responsibilities, who act irrationally, or who disregard the rule of law.

Mark Pocan: keep impeachment “on the table as an option, especially if, indeed, there was obstruction of justice.”

That duty has Congressman Mark Pocan, D-Wisconsin, talking about an impeachment clock. After President Trump fired FBI director James Comey, Pocan to post a watch face with Trump’s picture on his Twitter feed with the message: “Trump firing Comey reminds me of the doomsday clock, but maybe we should start an impeachment one.” Pocan suggests that the president’s firing of Comey has “moved us an hour closer to midnight.”

This is not the first time that the first vice chair of the Congressional Progressive Caucus has spoken about the importance of the impeachment power that is outlined in the Constitution. That power is both formal and informal. Explaining that the threat of impeachment could put pressure on the Trump White House to respect the rule of law, Pocan argued on a conference call organized by the Progressive Change Campaign Committee that constitutional remedies must be “on the table as an option, especially if, indeed, there was obstruction of justice.”

If obstruction of justice is a genuine concern, however, the clock should not tick just for Trump. It should also tick for Attorney General Jeff Sessions. As Congressman John Conyers, the former House Judiciary Committee chairman, explained last week: “I am particularly concerned that President Trump fired director Comey based in part on the recommendation of Attorney General Sessions—who was forced to recuse himself from the underlying investigation based on his own actions and misconduct. This shocking decision by the president is beyond the pale and itself warrants independent inquiry and hearings, and reinforces the need for the attorney general himself to step down given his own obvious and ongoing conflicts.”

California Senator Kamala Harris, a former state attorney general, has joined in the calls for Trump’s attorney general to step down, arguing that “There is good reason to believe that he was not truthful when he testified before Congress.… Then just in the last 48 hours that he would sign off on firing the person who is investigating the case he’s recused from calls into question his objectivity and his ability to keep his word.”

If Sessions will not hold himself to account, then members of the House, Democrats and Republicans, have a duty to consider moves to impeach the attorney general. Sessions cannot be allowed to remain in a position he obtained after deceiving the Senate Judiciary Committee and then dishonored by abandoning his own recusal.

There will be those who resist talk of impeachment. But Pocan is not among them. He is right to raise the prospect that an impeachment clock is ticking. (Indeed, for some groups, the alarm has already gone off: Last week Democracy for America called for impeachment, saying, “From his unconstitutional and un-American Muslim ban to his numerous business conflicts of interest that are generating personal profit for his family at taxpayer expense, Trump has proven over and over that he’s unfit for office. On Tuesday night, Trump gave another powerful reason for his impeachment: In a repeat of Richard Nixon’s most notorious actions during the Watergate scandal, Trump fired FBI Director James Comey.”)

There may ultimately be multiple impeachment clocks for multiple members of this lawless administration. They may tick at different speeds. But, after last week, the Jeff Sessions clock is not ticking. It’s spinning.