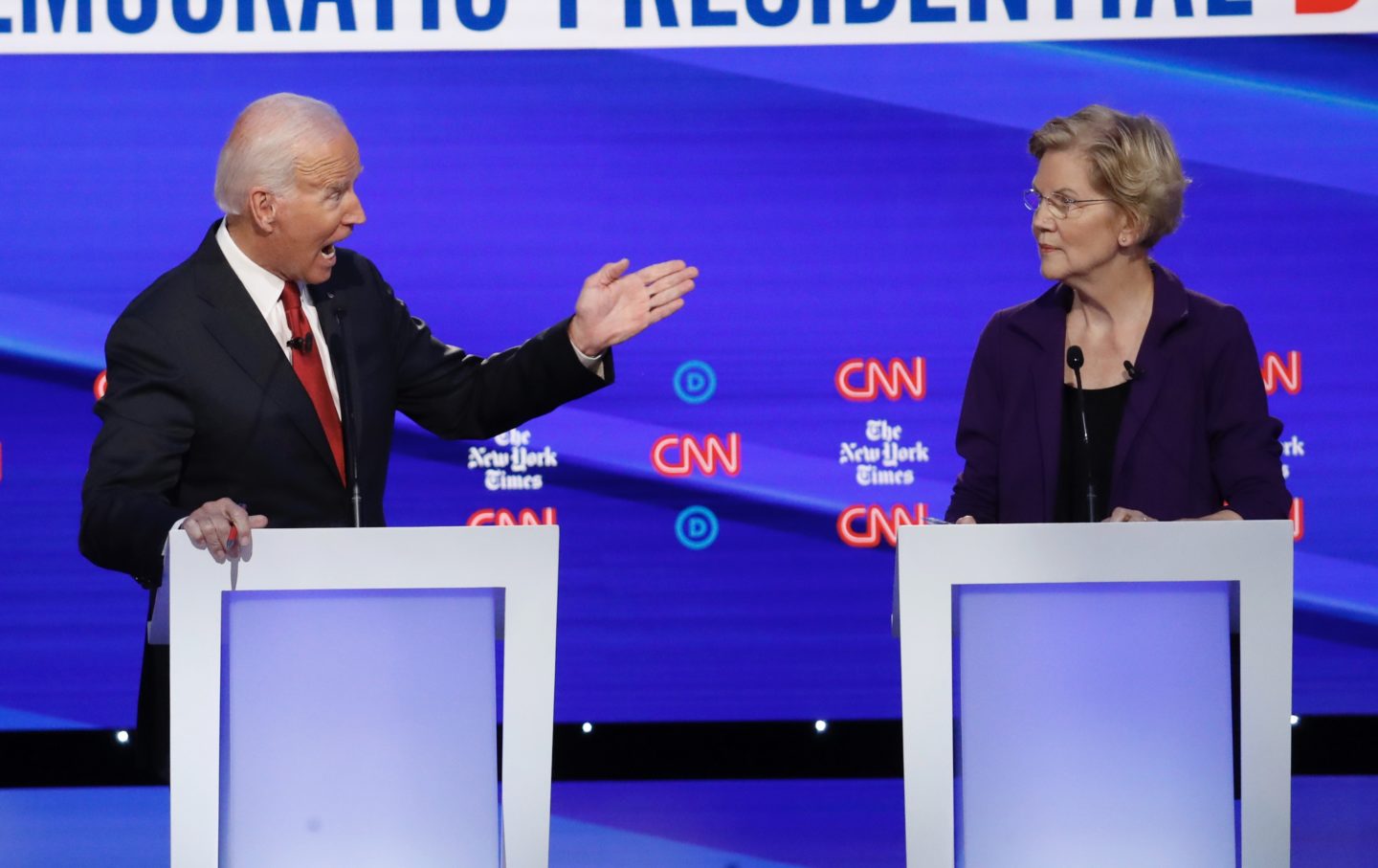 The Democratic donor class is panicking. With former vice president Joe Biden burning through cash yet unable to put away his rivals, the chances of a progressive left nominee leading the ticket in 2020 are on the rise. Senators Bernie Sanders (I-VT) and Elizabeth Warren (D-MA) are outpacing Biden in fundraising and running circles around him on the debate stage. And members of the party establishment are seemingly desperate for someone to swoop in and save them.

This sort of speculation is a tradition in presidential primaries. It’s also evidence that Democratic elites are detached from reality. Clinton’s book tour and scheduled appearance at a Clinton Foundation conference on “economic inclusion and growth” on November 20 (the same day as the next Democratic debate) have fueled rumors about her intentions. But she and Kerry are the last two Democrats to lose in a general election. Bloomberg is the definition of a plutocrat. What can any of them offer, aside from money, that the existing crop of centrists cannot?