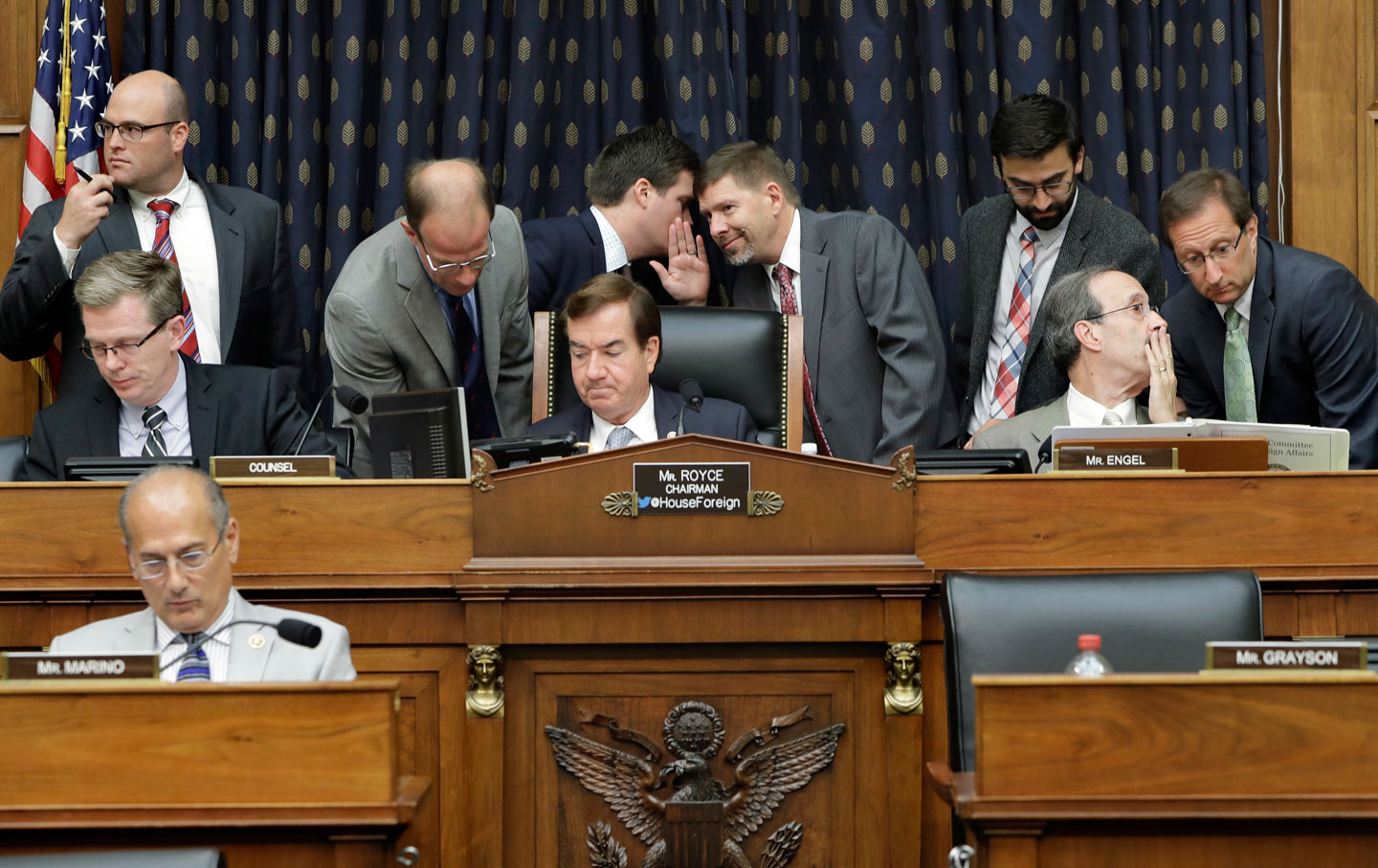 Once again, war clouds are gathering over the Middle East. This week, the House of Representatives passed H.R.5732, also known as the Caesar Syria Civilian Protection Act of 2016. Sponsored by Congressman Eliot Engel (D-NY), the bill was lobbied for in Washington by members of the so-called Syrian moderate opposition as well as by representatives of the White Helmets.

According to a statement issued in July by Engel and House Foreign Affairs Committee Chairman Ed Royce (R-CA), the bill would “impose new sanctions on supporters of Syria’s Assad Regime, encourage negotiations to end the crisis, and kick off investigations into the eventual prosecution of war criminals.”

Nor is that all. The bill also sets the stage for the implementation of so-called safe zones and a no-fly zone over Syria. It requires the administration to “submit to the appropriate congressional committee” a report that “assesses the potential effectiveness, risks and operational requirements of the establishment and maintenance of a no-fly zone over part of all of Syria.” Further, the bill calls for the administration to detail the “operational and legal requirements for US and coalition air power to establish a no-fly zone in Syria.”

The bill, if passed, would set the stage for the United States to conduct a wider war against the Assad regime, pulling resources away from the fight against ISIS and directing US military force to further the agenda of Islamists who seek the overthrow of the secular Baathist regime in Damascus. Further, the bill’s sponsors seem willfully oblivious to the dangerous course the bill would set the US military on given the fact that Russian and Iranian troops are on the ground in Syria. Russia has also moved its aircraft carrier, the Admiral Kuznetsov, into the Mediterranean and has S300 and S400 missile-defense batteries in Syria, which it has pledged to use in defense of its client Assad.

The timing of the bill’s passage in the House should not been seen as coincidental. Ominously, the push to pass the Caesar Bill comes at the same time outside groups are hoping to capitalize on President-elect Donald Trump’s pledge to kill the Iran nuclear deal. What little is known about Trump’s burgeoning national-security team indicates that the incoming administration will be focused on the alleged threat Iran poses to US interests in the region. In this, the administration can be confident that they will have the support not just of reflexive Republican hardliners who control both houses of Congress, but of incoming Senate Minority Leader Chuck Schumer, himself a prominent opponent of the Iran deal.

A shadowy advocacy group called the 45 Committee has begun running television ads hyping the Iran threat as well, urging viewers to call President Obama to support the Iran Sanctions Act Extension, which was also passed in the House this week. That bill, sponsored by Rep. Ed Royce, would extend US sanctions on Iran for another 10 years.

The passage of the Caesar Syrian Civilian Protection Act, then, should be seen as part and parcel of a broader attempt by congressional and incoming administration hardliners (encouraged by the Likud and Sunni Gulf state lobbies inside the Beltway) to contain what they perceive as Iranian expansionist designs in the Middle East.