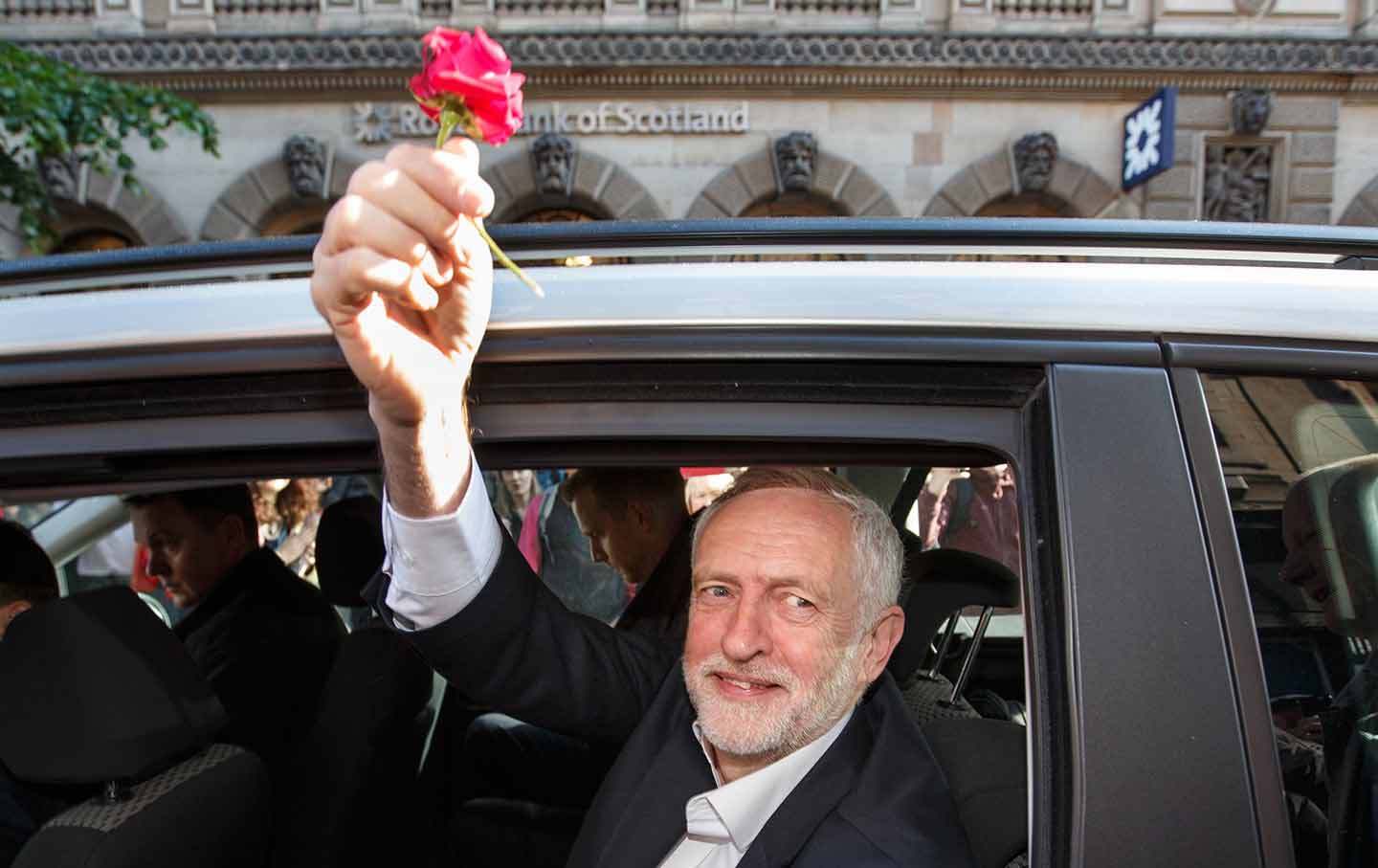 In the British elections, Conservative Prime Minister Theresa May failed to win a majority due to the surprising strength of Jeremy Corbyn and a reinvigorated Labour Party. Paul Mason is an award-winning journalist and a columnist for The Guardian. This interview has been edited and condensed.

Listen to Paul Mason on the Start Making Sense podcast.

Jon Wiener: Just before the British elections, you told us that Jeremy Corbyn was “one of the best leaders we’ve ever had.” Apparently, a lot of voters felt the same way.

Paul Mason: What happened has no parallel in modern British politics since 1945. Labour didn’t win a majority, but they won a moral victory because the government had called the election to get a bigger majority of its own. It was predicted on the night before that it would get a majority of 100 seats. In the end it got no majority. There is now what we call in Britain a hung Parliament, which would be as if Congress was controlled by nobody. Theresa May, the Conservative prime minister, is clinging on, but what happened was that really massive numbers of young people voted for Labour—not just under-24-year-olds, but under-35-year-olds. Something like half of all under-35-year-olds voted for a party that was vilified by the media as a kind of terrorist-supporting threat to national security.

JW: What kind of campaign did Corbyn run?

PM: He ran a two-phased campaign. He started out far behind, polling 25 percent. The first thing he did was claw back to about 35 percent by publishing the most left-wing manifesto of any Social Democratic Party in the world. It called for renationalization of the railroads, the postal service, and some energy firms. It called for what we call “Robin Hood taxes,” taxing not just the incomes of companies and rich people, but also taxing the wealth of rich people. Taxing the unearned wealth, the property speculation, the stock-market speculation. This would bring in billions, which he said we would spend on free college education for everybody who wants it. That is revolutionary—and it’s not surprising so many students came out to campaign for the Labour Party in the last few nights of the election. On some urban streets, people were opening their windows and saying, What’s going on? Is there some kind of disturbance? Why are 100 young people coming down my street and knocking on my door? It felt like a sort of velvet revolution in parts of Britain.

JW: Corbyn did not get a majority—he’s not going to be the prime minister. So what exactly did he achieve?

PM: The first thing Corbyn achieved is that he made our politics attractive to the mainstream. A year ago mainstream politicians were heckling him in the Labour Caucus of the Parliament. Now they have actually been cheering him, standing up and cheering him. The other thing Corbyn did is that he energized apolitical young people. Many are waking up this week and saying, “Look, everything is now possible.”

JW: The Tories had decided to use Brexit to smash what’s left of the welfare state. Where are we now with Brexit?

PM: Key figures on the right of British politics are now saying that, to stop Jeremy Corbyn, they have to be prepared to ditch everything. They have to be prepared to ditch what is called “hard Brexit,” which is walking away from Europe without a deal. They have to be prepared to ditch austerity. We’ve had seven years of spending cuts and attacks on the welfare state, and they’ve got to be prepared to ditch that. They’re in full panic mode. As a reporter on British politics and economics, I haven’t seen the ruling class of England in a panic like this for a long time. They realize that their defense lines are falling away. The normal defense lines for British capitalism run not just through the Conservative Party, but also through the Labour Party. But once Corbyn took control of Labour and decisively moved its political programs to the left, the only thing standing between the working class and young people on one side, and the minority and the elite on the other, is the Conservative government. And that just effectively fell apart. It’s a minority government, with no power to legislate.

So they are frantically trying to scramble together what is called the “soft Brexit” middle of politics. You’re seeing strange alliances form now between Conservatives and the centrists in Labour and the Liberal Democratic Party, which is our third party. They are trying to put together some kind of proposal that keeps Brexit on the road, but steps back from the extreme route that Theresa May was pursuing. So Jeremy Corbyn has changed the whole dynamics of the European Union.

JW: Jeremy Corbyn is sometimes compared with Bernie Sanders. What are the lessons here for American politics?

PM: The first lesson is that it’s not enough to have the combination of a strong leader and a well-worked-out program. The left also needs a ground game. We have this movement called Momentum, a movement to get support within the party. That movement was able to have a million conversations with voters in the space of six weeks, talking to people on their doorsteps, just the way the Sanders people did. Then Jeremy Corbyn in the last days of the election campaign stepped out of the role of party leader and started to speak on behalf of the nation. He’d absorbed so much pressure, so much vitriol, and so many attacks—he assured people that it was possible to go beyond the pain barrier. I think the Sanders movement, or whatever comes after it, has to do popular politics. It’s not the same as populism. It’s like gaming. You go into the dungeon and you kill the boss. You need someone who can do that. And Corbyn proved he could do it.