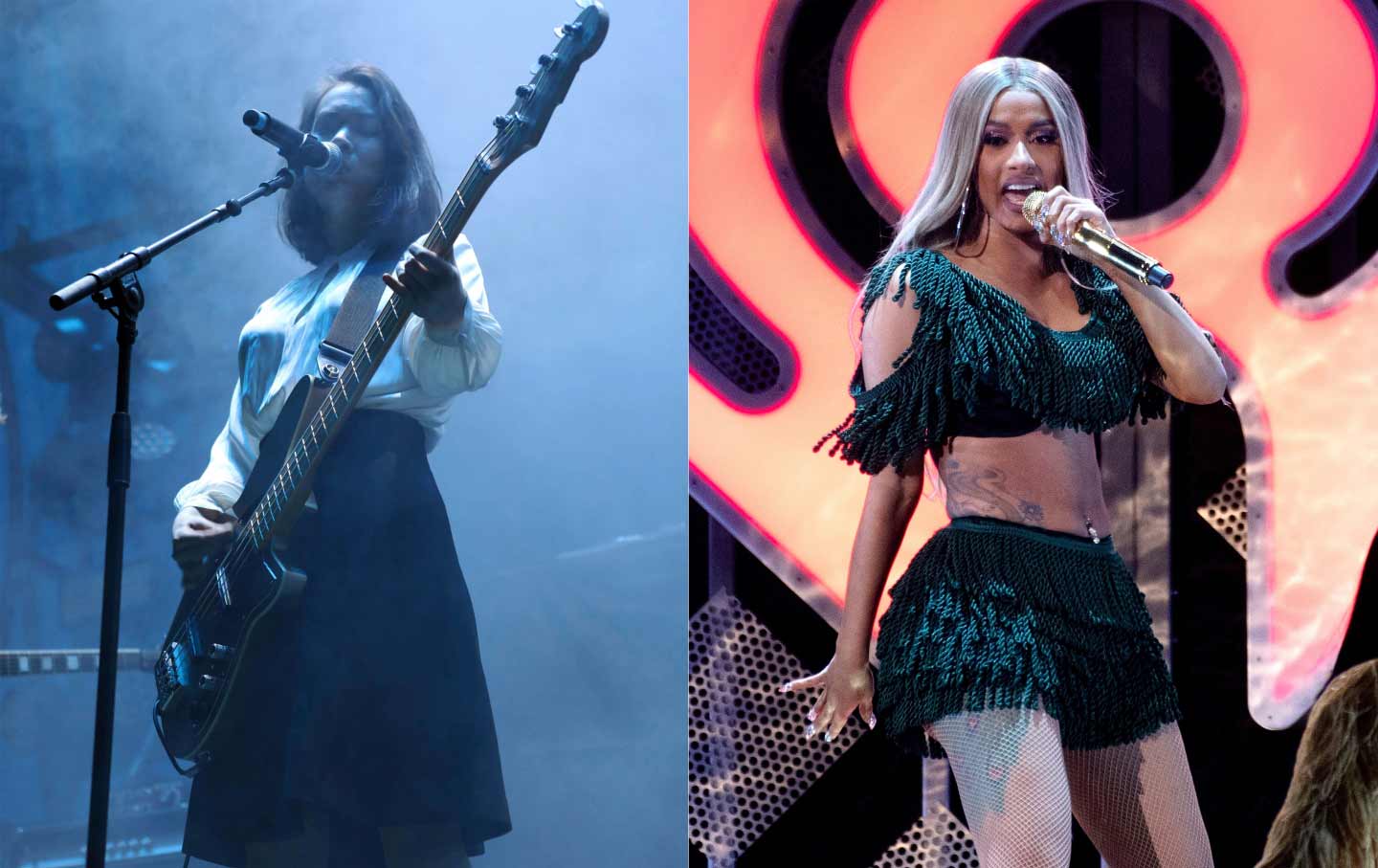 There will be no need to read a news archive: Future generations aiming to grasp the state of humankind in 2018 will need only to listen to the music released this year. In nearly every major category of work, from mainstream pop to the avant-garde, a striking number of the most potent and memorable albums give voice to the disorientation, the anxiety, the sadness, and the rage that infuse the human experience today. The oddly salutary effect, at least for me as an ardent admirer of this work, is a feeling of comfort in the sound of so much discomfort. It’s almost—but not quite—a relief from the strain.

Here are my picks for the 10 best albums of the year. The music isn’t all bleak or despairing, of course; Cardi B’s album debut, Invasion of Privacy, is danceable fun, and Julia Holter’s Aviary is lyrical, atmospheric succor. But all of this music is superb, in one way or another.

Rigorously messy, unclassifiable music performed by symphony and jazz musicians and singers, at some points improvising, at some points seeming to scream to God for help. Nothing else I’ve heard sounds so much like the way I feel this year.

An implausibly simpatico hybrid of chamber music, hip-hop, and jazz from a trumpeter who has become one of the major musical voices of his generation. (Read our review.)

3. Be the Cowboy, Mitski

With her fifth album, this voraciously inventive singer-songwriter takes a turn from the personal to more fully engage her imagination. (Read our review.)

Exhibit No. 2018 in evidence of the fact that mass popularity and creative value are not mutually exclusive. A thousand smart musical ideas packaged as pop. (Read our review.)

Preposterously, this is the first album dedicated solely to music by the long-neglected Ruth Gipps, who composed five symphonies, dozens of chamber works, and a great many other pieces before her death in 1999. Powerful, forward-looking music finally receiving its due.

The first project with both words and music by guitarist-composer Halvorson, a jittery marvel of poetic instability. (Read our review.)

The fifth album of mercurial chamber pop by Holter is her most varied sonically and her most consistent in quality. The tracks are like Joseph Cornell boxes, each one an eerie, silly, scary world of its own. (Read our review.)

8. The Other Side of Air, Myra Melford’s Snowy Egret

Eruptive small-ensemble music by a fearlessly original composer and pianist. It’s sort of jazz, sort of not—and who cares what it’s called? (Read our review.)

Few songwriters in any discipline have plowed stalwartly forward with the unremitting, undiminished creative force of the original “‘I Kissed a Girl’ Girl.” Sobule looks back at looking back itself with steely maturity and no patience for sentiment.

The debut album from the rising Colombian-American phenomenon is slithery, funky pop that knows from whence it came, complete with a guest spot by Bootsy Collins.

Addendum: I generally decline to write liner notes, but I made an exception this year for two exceptional albums: Mortality Mansions, a song cycle composed by Herschel Garfein on poetry by Donald Hall, along with a recording of Hall reciting the poems not long before he died; and Beloved of the Sky, by Renee Rosnes, with whom I co-wrote another album released in 2018. Having played a role in both of these releases, I did not consider them for the above list.