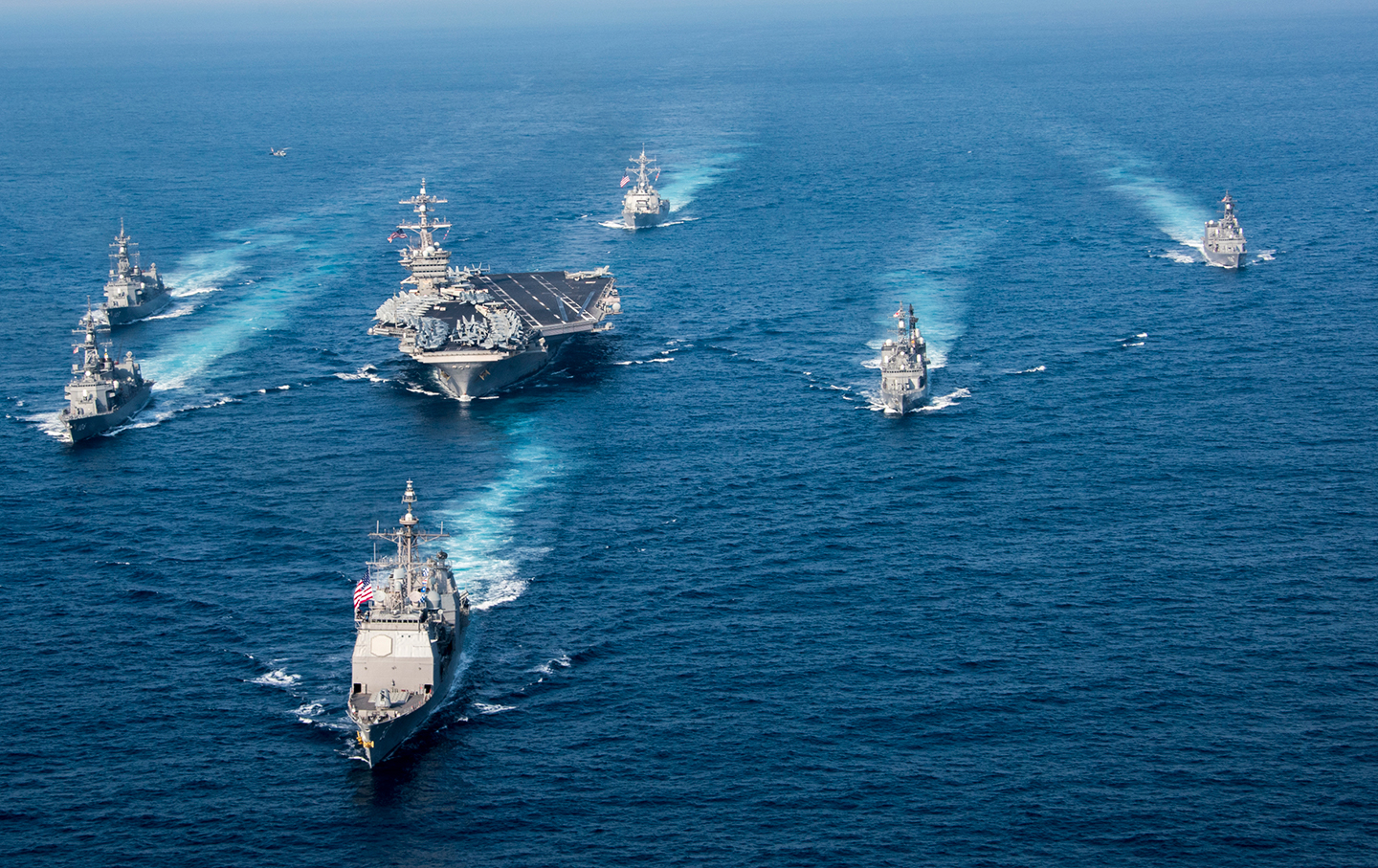 The US military has ordered the Carl Vinson Strike Group, pictured here in a March 28 file photo, to move toward the Korean peninsula, amid growing concerns about North Korea’s missile program. (Sipa USA via AP)

With the 2010s over, now is a good time to consider what characterized the United States’ foreign policy of the past decade. Many establishment voices have described the 2010s as a decade of American retreat from the world. In fact, it would be more accurate to call the past decade the “decade of imperial overreach”—a major expansion of US foreign policy goals and power beyond what is prudent or constructive.

The overreach began during the Obama years. Despite a demonstrable reluctance on the part of President Barack Obama at times, it was his administration, with strong congressional support, that extended US foreign policy goals in the Middle East to include regime change in Libya and Syria and increased containment of Iran. It was the Obama administration that expanded the global war on terror to more countries in the Middle East and Africa. In Eastern Europe, the Obama White House, again with a huge assist from members of Congress, helped participate in a coup against the duly elected (though deeply corrupt) Viktor Yanukovych government in Ukraine and actively pursued a campaign to pull Ukraine exclusively into the Western camp—and to eliminate Russian influence in a country that historically had been closely aligned with Moscow.

In East Asia, the Obama administration hyped a “pivot” to the region that was in fact simply an expansion of the United States’ military and geoeconomic goals in the Asian-Pacific region. It entailed not just the ill-fated Trans-Pacific Partnership but also new military deployments aimed at controlling the sea lanes and trade routes in East Asia, upon which China depends for its supply of oil and raw materials, as well as its transport of manufactured goods.