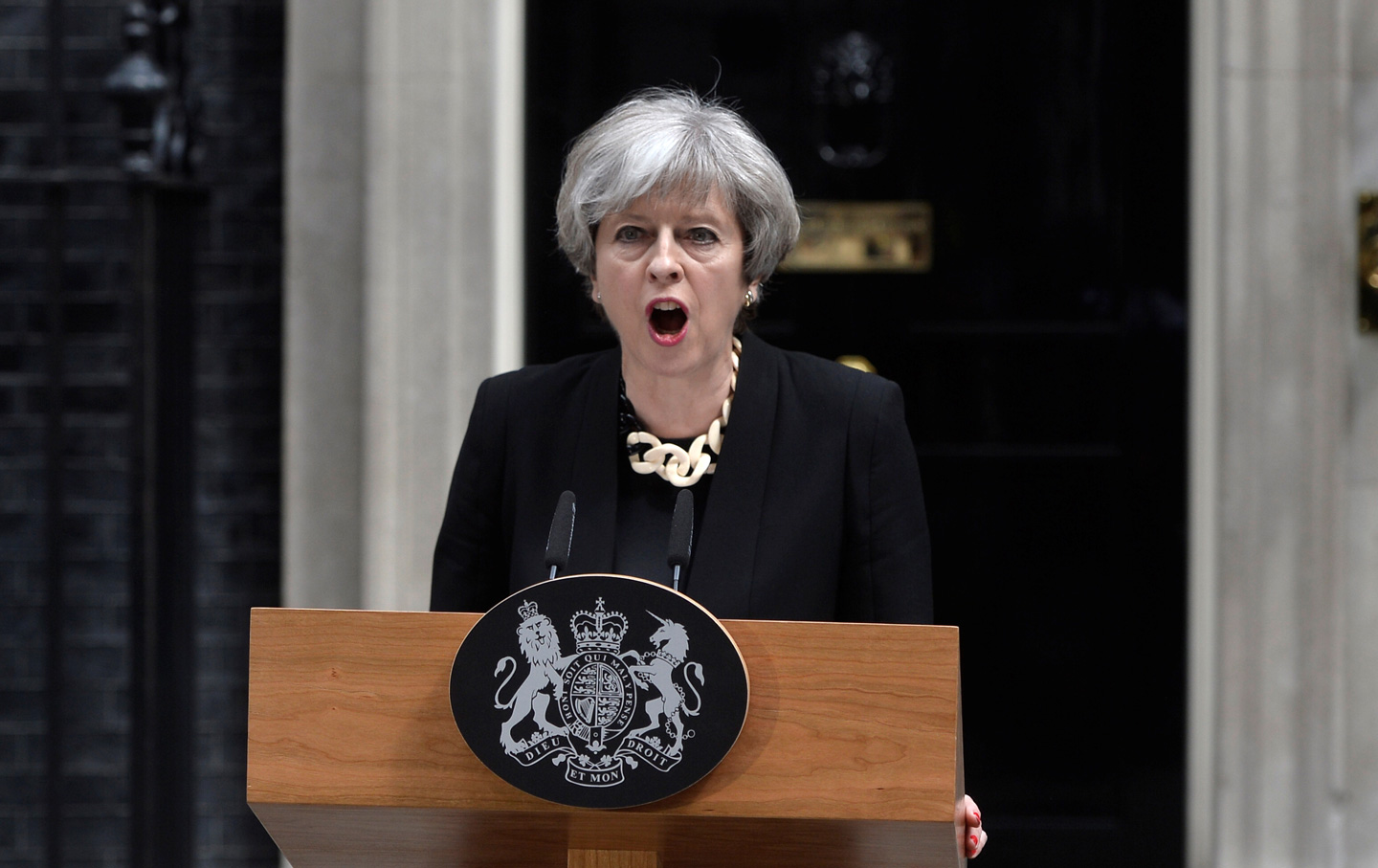 On March 11, 2004, just a few days before a critical election, a series of nearly simultaneous bombs exploded on four commuter trains in Madrid, killing over 190 people. Before the bombing, the Socialist Party (PSOE) was about five points behind in the polls, but it ended up winning by five points. The party promised that if it won the election, Spain would get out of Iraq in six months. That happened after only five. I can find no evidence of any Middle East–related terrorism in Spain since, though there apparently have been thwarted plots.

This history may offer a critical lesson to Britain now, just days away from an election following a series of attacks near London Bridge. Incumbent Prime Minister Theresa May has backed virtually every war that Britain has participated in. In contrast, Labour leader Jeremy Corbyn had criticized virtually every war.

The situation in Spain was heightened by the incumbent government of José María Aznar (now a director at Rupert Murdoch’s News Corporation), which blamed the Basque group ETA for the attack. This move certainly crystallized public disgust with the government. But why did the government lie about ETA’s involvement in the first place? It assessed—probably correctly—that the Spanish people would be furious that so much blood had been shed in Madrid in retaliation for Spain’s involvement in the invasion of Iraq, which was already deeply unpopular.

Contrast the path that Spain took with that of France, which had originally criticized the invasion of Iraq. Since then, France has become more interventionist, particularly in Syria—a former French colony. It has also become far more of a target of terrorism in the name of Islam in recent years.

It’s noteworthy that the interrelation between the 2004 Madrid attacks and the election has been either ignored or totally misrepresented. Last year, following the massacre in Orlando by Omar Mateen, in a discussion about how that attack might affect the US election, Dina Temple-Raston, NPR’s “counterterrorism correspondent” exactly reversed the apparent lesson of Madrid. She claimed that after the Madrid attack “the more conservative party won.” NPR refused to offer an on-air correction for this brazen falsehood.

Of course, the election of a Corbyn government doesn’t guarantee an end to terrorist attacks in Britain. For one, it’s not clear that Corbyn will adhere to a pro-peace, non-interventionist stance. Recently, he has seemed to distance himself from prior positions, like withdrawal from NATO. While the Socialist Party in Spain pledged to withdraw from Iraq, the Labor Manifesto contains no such explicit pledge.

Theresa May, however, has supported interventionist policies that helped create the conditions for radicalization. Specifically, while May was home secretary, the UK allowed extremists from the Libya Islamic Fighting Group (of which the Manchester bomber was a member) to freely travel to Libya to take out Moammar El-Gadhafi (see John Pilger at Consortium News, Paul Mason at The Guardian, and Max Blumenthal at Alternet). This is a point that Corbyn has raised in less specific but notable terms: “Many experts have pointed to the connections between wars our government has supported or fought in other countries and terrorism here at home.” He’s also added: “We do need to have some difficult conversations, starting with Saudi Arabia and other Gulf states that have funded and fueled extremist ideology.”