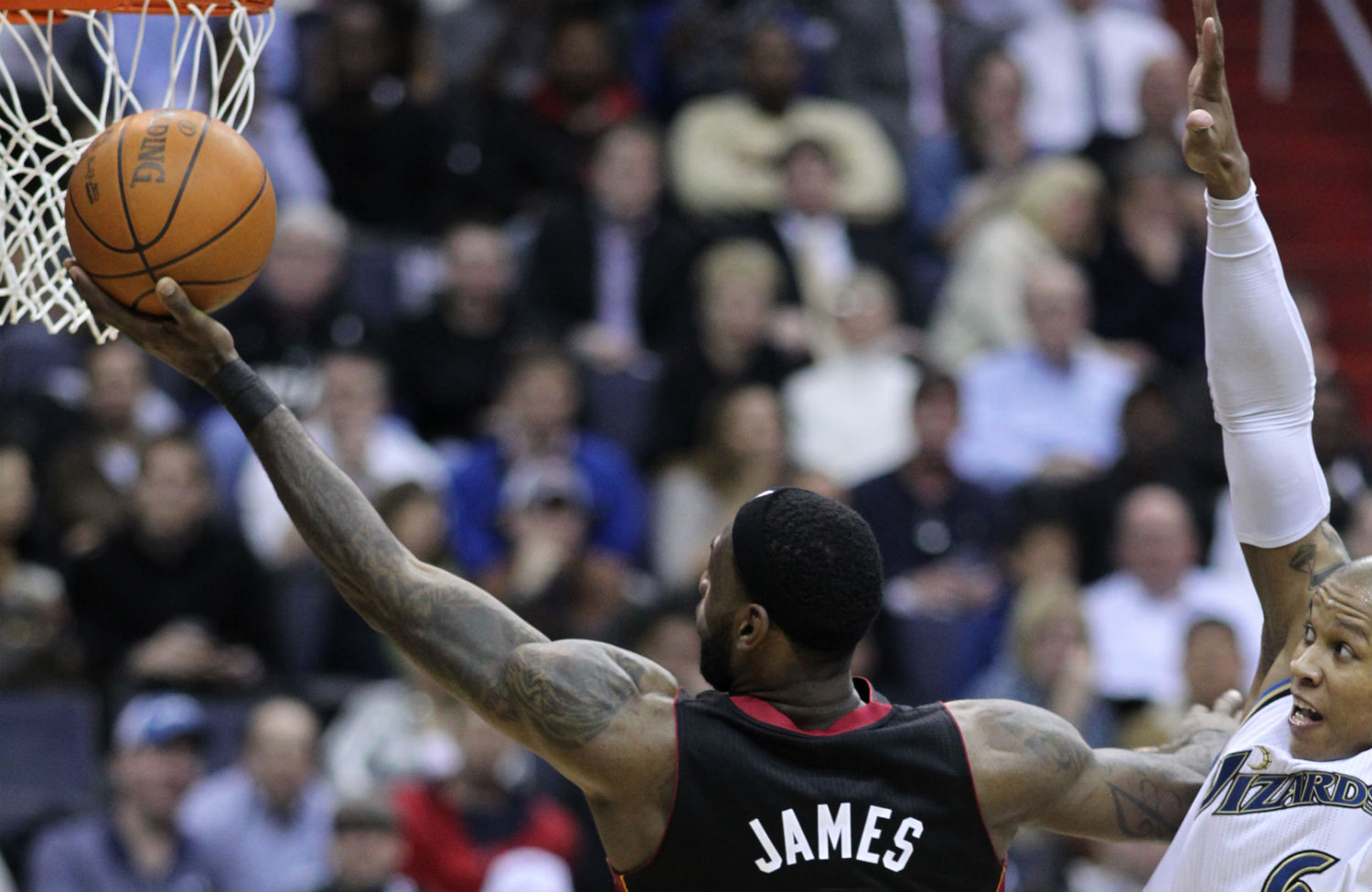 LeBron James goes in for a field goal in a game against the Wizards. (Keith Allison/Flickr)

Fast food corporations like McDonald’s have virtually mastered the use of childrens’ role models to convince kids that junk food is cool. Fabulously wealthy NBA basketball players have been especially quick to take McDonald’s lucre in return for shilling for food their teams would never let them eat. (Perhaps that’s why the current commercial featuring LeBron James hawking a “Bacon Clubhouse Sandwich” never actually shows him taking a bite.)

Food activist Anna Lappé, founder of Food MythBusters, recently wrote about the tactics used by the fast-food industry—including McDonald’s—to build brand awareness among their youngest customers. And while she argues that parents need to set their own nutritional boundaries with their children, “the ways the food industry now targets kids are so pervasive and the tactics so deceitful that even the most diligent parent cannot prevent their kids from being inundated at the most impressionable stages in their development.”

Fortunately, kids like 9-year-old Hannah Robertson, who scolded McDonald’s CEO Don Thompson at last year’s shareholders’ meeting, are starting to call out celebs for their shameless shilling and demanding that their role models instead promote healthy food. In this video released today and produced by Corporate Accountability International, Hannah and her friends explain how you can help, including adding your name to this petition imploring James to drop his McDonald’s sponsorship.