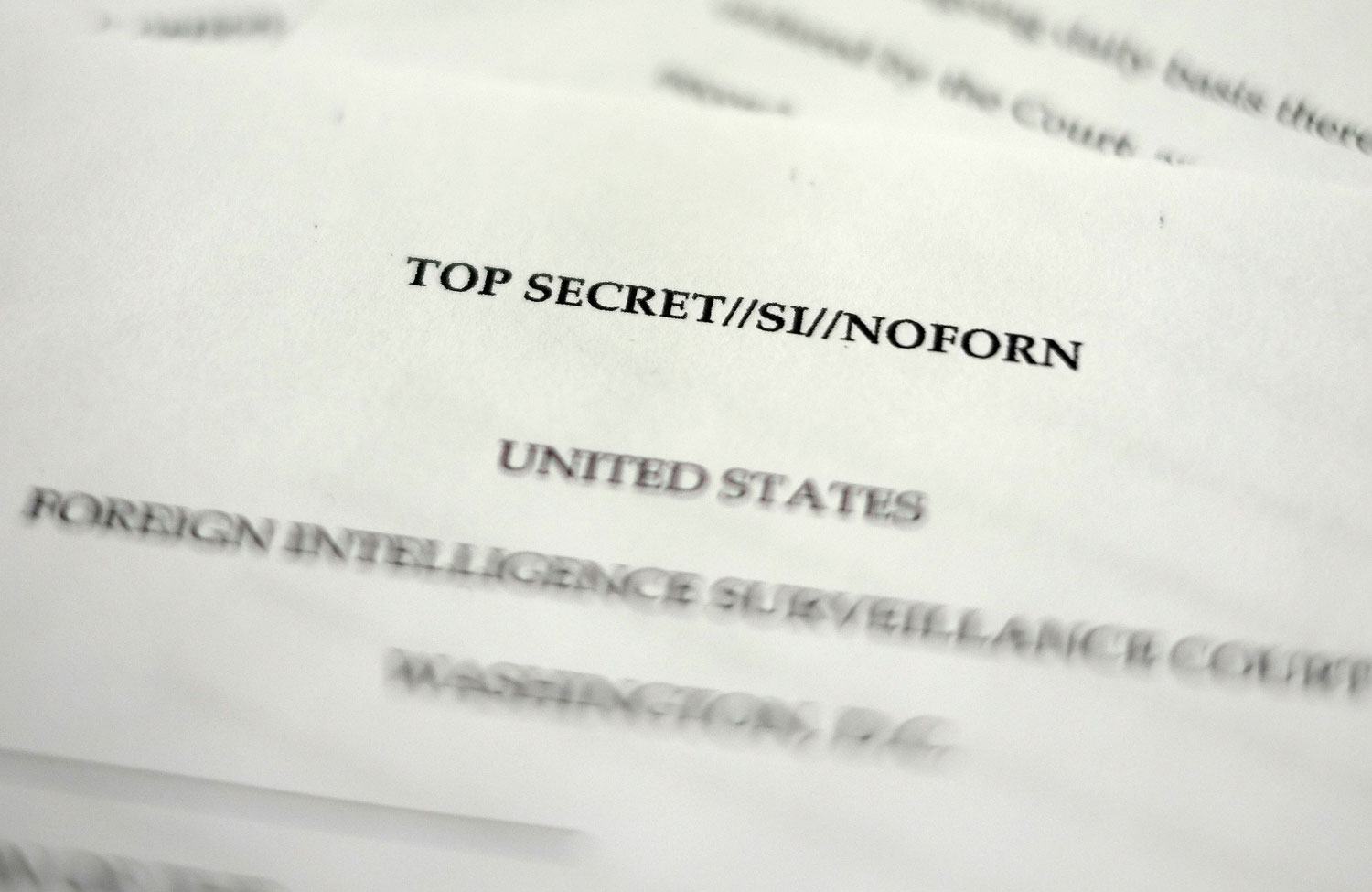 Copy of a Foreign Intelligence Surveillance Court Order requiring Verizon to hand over information to the NSA (AP Photo).

Key parts of the USA Patriot Act are set to expire this summer—including Section 215, the provision that the NSA cites as justification for the bulk collection of our telephone records.

The spying is so extreme that the original sponsor of the Patriot Act, Republican Representative Jim Sensenbrenner, is urging colleagues to sign a letter asserting that they will vote against reauthorization if the law is not amended to ban mass surveillance.

The Nation has joined a broad coalition to call on all members of Congress to sign on to Representative Sensenbrenner’s letter. Urge your elected officials to sign and to commit to ending unconstitutional mass surveillance.

Without the brave sacrifices of whistleblowers, most famously Edward Snowden, we would have no idea of the extent of the government’s mass spying. This fall, The Nation spoke with Snowden about the surveillance state, the American political system and the price he’s paid for his understanding of patriotism.

In the fall of 2013, Fight for the Future and Demand Progress put together a video breaking down the different ways that the government spies on us.