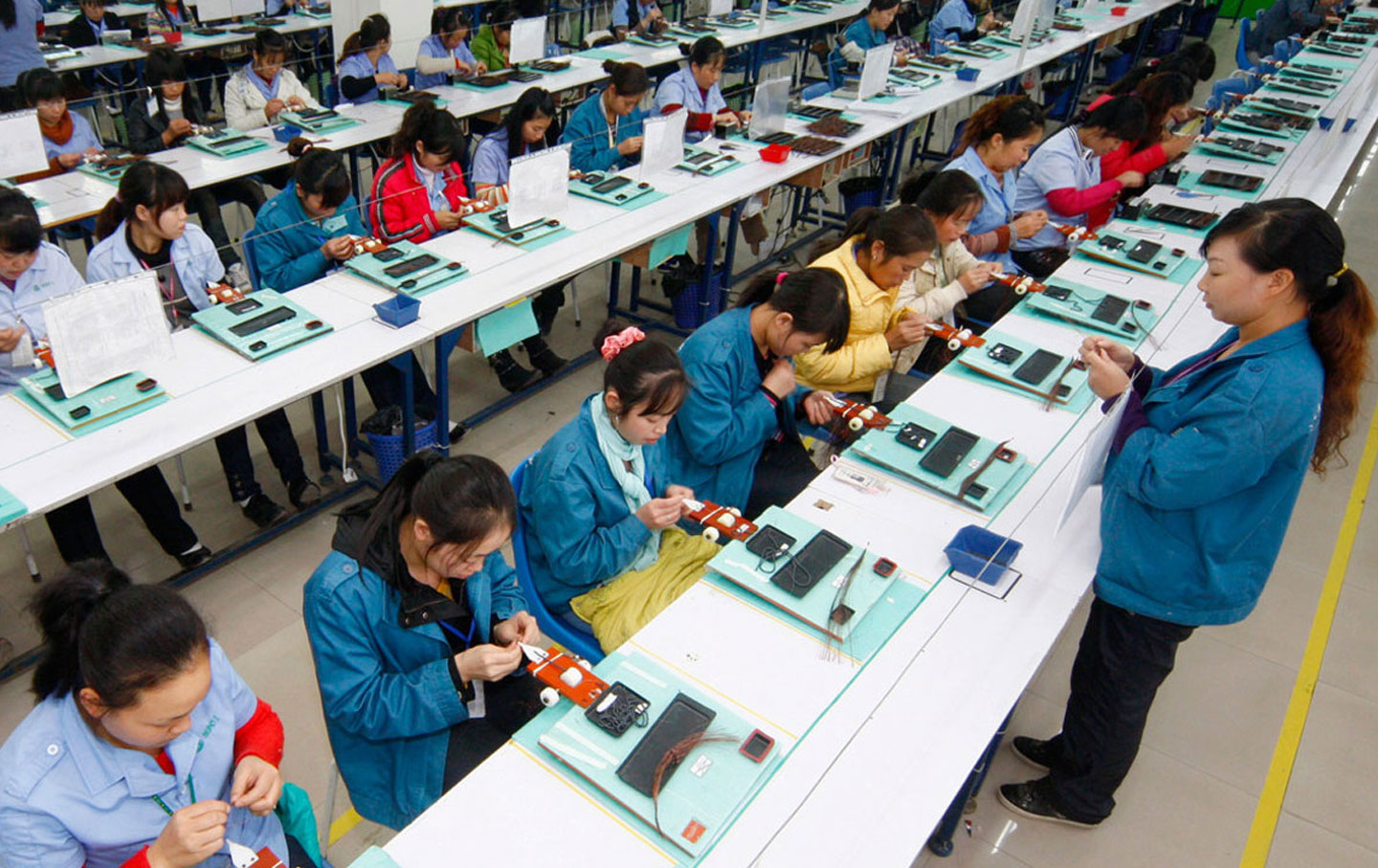 Seventy-five percent of the world’s population owns a cell phone, billions of which are made in China. As the demand for cheaper consumer electronics grows, workers are paying the price.

Tell Apple to Protect Its Workers From Dangerous Chemicals

There are hundreds of chemicals that are routinely used in electronics manufacturing processes in China—some are known carcinogens and reproductive toxins, and others are largely untested. Manufacturers do not readily disclose the chemicals they use and factories do not typically provide adequate training or protective gear. Workers exposed to these dangerous chemicals can develop cancer, leukemia, nerve damage, liver and kidney failure, and reproductive health issues, depending on the chemical and level of exposure.

Join The Nation and Green America in calling on industry leader Apple to commit to eliminating benzene, n-hexane and other harmful chemicals from its supply chain. With millions of people working in its supplier factories in China, Apple’s leadership on this issue could make a big difference.

Head to Green America’s “Bad Apple” campaign site to learn more about the use of toxic chemicals in the electronics industry.

In the short film Who Pays the Price? The Human Cost of Electronics, documentary filmmaker Heather White tells the stories of workers in China who struggle for recognition and compensation after discovering that they have been poisoned by toxic chemicals at their jobs.