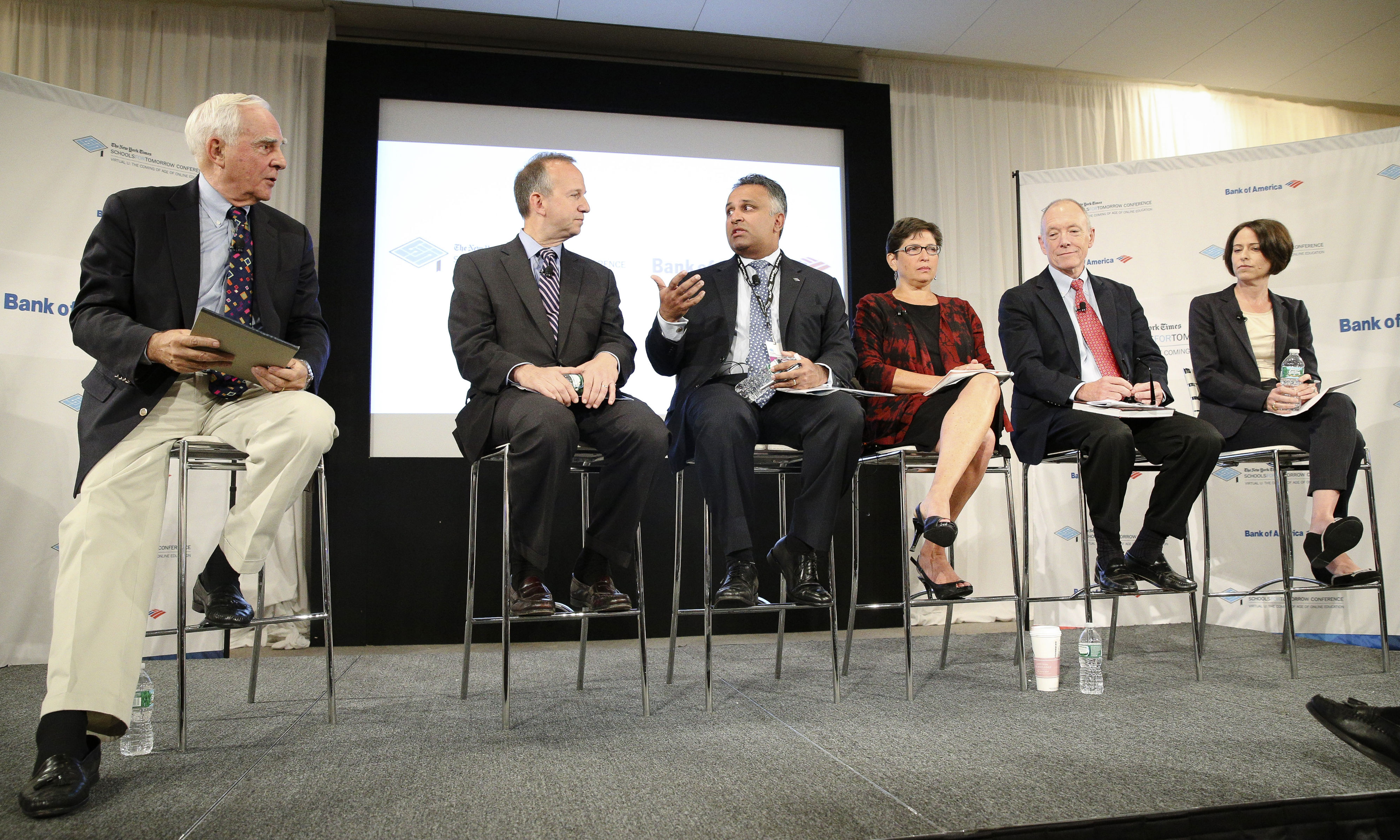 Ted Mitchell, the chief executive of the NewSchools Venture Fund, was nominated in October by President Obama to become the Under Secretary of the Department of Education.

As the administration continues to reshuffle its team, and confront new regulatory challenges, some view Mitchell’s nomination as a move towards greater privatization. In the coming months, the Department of Education will release “gainful employment” rules to rein in for-profit colleges, an experiment in proprietary education that many see as an unmitigated disaster.

Mitchell did not respond to TheNation.com’s  request for comment*.

His ethics disclosure form shows that he was paid $735,300 for his role at NewSchools, which is organized as a non-profit. In recent years, he has served or is currently serving as a director to New Leaders, Khan Academy, California Education Partners, Teach Channel, ConnectED, Hameetman Foundation, the Alliance for College-Ready Public Schools, Silicon Schools, Children Now, Bellwether Partners, Pivot Learning Partners, EnCorps Teacher Training Program, the National Alliance for Public Charter Schools, and the Green DOT Public Schools.

Salmon River Capital helped create one of the biggest names in for-profit secondary education, Capella University. “As a foundational investor and director, [Salmon River Capital’s] Josh Lewis made invaluable contributions to Capella’s success. From leading our landmark financing in 2000, when Capella was a $10 million business operating in a difficult environment, through a successful 2006 IPO and beyond, he proved a great partner who kept every commitment he made,” reads a statement from Steve Shank, founder of Capella.

The Minnesota-based Capella heavily recruits veterans and has received $53.1 million from the GI Bill in the past four years. The Minnesota attorney general is currently investigating several unnamed for-profit colleges in her state.

Numerous investigations have shown that for-profit colleges have targeted veterans with deceptive recruiting tactics. “Some for-profits have cleaned out students’ military benefits while also signing them up for thousands of dollars in loans without their knowledge. A vet who enrolled at the largely online Ashford University after being told the GI Bill would cover his tuition ended up owing the school $11,000,” reported Mother Jones.

But the companies are not without some winners: Bloomberg News reported in 2010 that executives at for-profit colleges have raked in $2 billion in compensation.

How the Department of Education moves forward in 2014 with its own set of regulations on for-profit colleges—an industry criticized for burdening a generation with a lifetime of debt—is yet to be determined. Currently, lobbyists for the largest for-profit colleges, including Apollo (University of Phoenix), Education Management Corporation (The Art Institutes), Kaplan, ITT Tech, Career Education Corporation and Corinthian Colleges, are lobbying aggressively to make sure that the rules will not curb the $38 billion in taxpayer money now enjoyed by the industry. The campaign extends to think tanks, politicians and other sources of influence in Washington.

In a presentation posted online by WhiteBoard Advisors, a DC consulting firm that is owned by Grayling, a lobbying corporation that represents for-profit colleges, posed a number of questions to education experts about what Mitchell’s nomination means for gainful employment regulations.

One slide is titled, “Insider Insights: What, if anything, does Mitchell’s selection mean for the gainful employment regulation process?” Many responses are ambiguous, even dismissive if Mitchell can play a role. “Nothing, that’s controlled by James Kvaal, period. That Ted doesn’t think for‐profit providers should be summarily executed means he’s not going to be included in conversations,” reads one anonymous insider’s view.

Others are more optimistic that he will weaken regulations on the for-profit college industry: “Hopefully he will moderate it and be more supportive of private providers.” Some education privatization supporters have been even more candid. Rick Hess, an outspoken supporter of privatization at the American Enterprise Institute, tweeted: “Ted Mitchell appt as ED Under Sec is bad news for gainful employment fanatics.”

Update: After publication of this blog post, Mitchell e-mailed a statement noting that he could not comment on gainful employmen regulations because he is in the "midst of a confirmation process." He added that he is on "an informal advisory Board for Salmon" and that Pearson sponsored a summit for his organization in May.