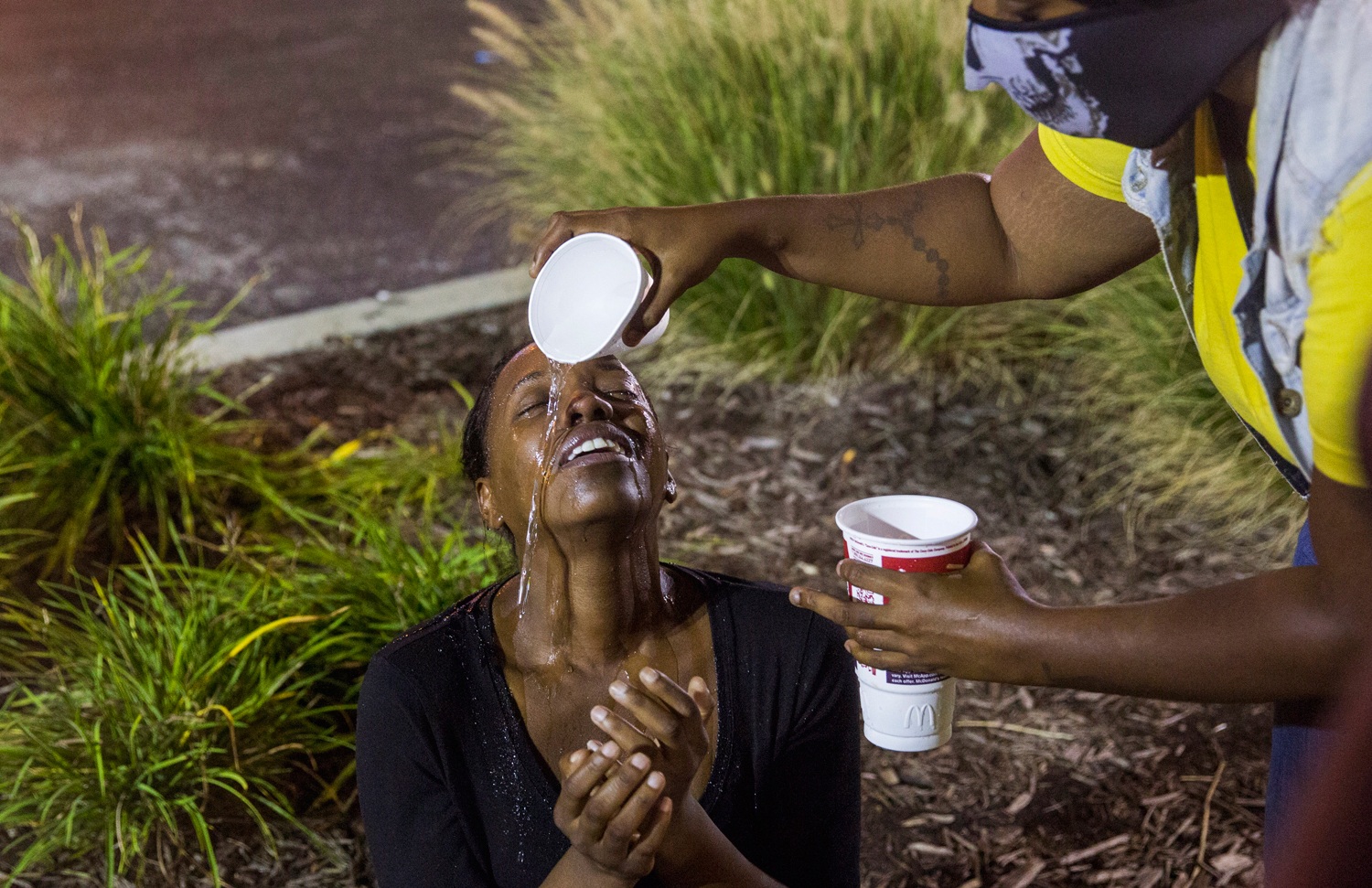 Protesters react to the effects of tear gas that was fired at demonstrators reacting to the shooting of Michael Brown in Ferguson, Missouri, August 17, 2014. (Reuters/Lucas Jackson)

A couple of years ago, when I was newly pregnant and reporting in the West Bank, some of my local colleagues insisted that I skip covering a protest at an Israeli checkpoint. At first, I was resistant to letting pregnancy stand in the way of my work, but they knew from experience that there might be tear gas, and tear gas, they said, causes miscarriages.

They were right: though rigorous studies are few, there is evidence that tear gas is an abortifacient. In 2011, Chile temporarily suspended its use after a University of Chile study linked it to miscarriage and fetal harm. Investigating the use of tear gas in Bahrain in 2012, Physicians for Human Rights found that local doctors were reporting increased numbers of miscarriages in exposed areas. And UN officials have connected tear gas to miscarriages in the Palestinian territories.

This means it’s likely that police in Ferguson, Missouri, have been spraying abortion-causing chemicals on crowds of civilians. Recently at TheNation.com, Dani McClain wrote about the killing of black youth as a reproductive justice issue, one that goes to the heart of the rights of parents to raise their children in peace, safety and dignity. She’s correct, of course, but if the anti-abortion movement were actually concerned about the well-being of the unborn, then the violence in Ferguson would be a pro-life issue as well.

Leaders in the contemporary religious right have long argued that they’ve transcended their movement’s racist past. “The white evangelical church carries a shameful legacy of racism and the historical baggage of indifference to the most central struggle for social justice in this century, a legacy that is only now being wiped clean by the sanctifying work of repentance and racial reconciliation,” Ralph Reed wrote in his 1996 book Active Faith. They have tried to align themselves with the African-American community by calling abortion “black genocide.” Now, in Ferguson, they could take a stand that is genuinely pro–civil rights and anti-abortion, by demanding an end to the use of tear gas on a traumatized community. At a time when some erstwhile small-government conservatives are openly supporting the mad excesses of the police state, they might even have an impact. So where are they?