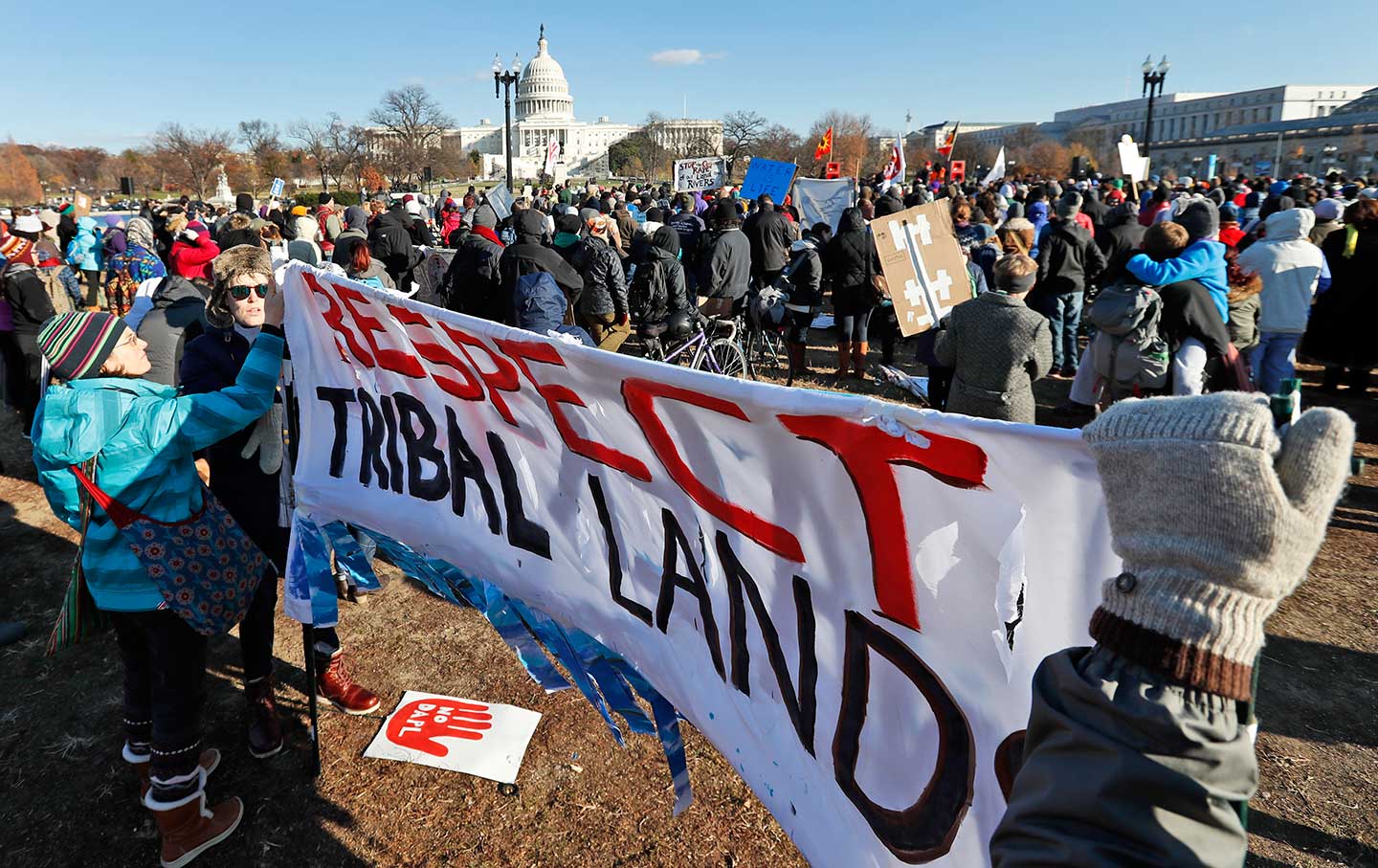 It’s been over a week since the Army Corps of Engineers denied the permit for the Dakota Access Pipeline to be built underneath the Missouri River and required an environmental impact statement before the project could move forward. The move came after water protectors and their allies stood strong for months against a militarized police force that employed water cannons, dogs, tear gas, and rubber bullets. The water protectors remained committed to peaceful resistance and they won.

We need to make sure this victory is permanent. The incoming presidential administration is anything but trustworthy and Energy Transfer Partners and Sunoco Logistics, the companies responsible for the pipeline, insist that they expect to finish drilling without any rerouting.

The recent oil spill in North Dakota—176,000 gallons of crude into a creek just 150 miles from the water protectors’ camps—reminds us how high the stakes are in this fight. The Dakota Access Pipeline not only threatens the sacred sites and water resources for the Standing Rock Sioux, its construction would continue a long, violent history of disregard for the rights of indigenous peoples.

One thing we can do to support the water protectors is to target the 17 banks currently invested in the Dakota Access Pipeline. The Nation has joined with the Indigenous Environmental Network, 350.org, Oil Change International, the Native Organizers Alliance, and 18 other organizations to call on these banks to support the sovereignty and rights of indigenous peoples and end their support for the pipeline. Click here to sign our petition.

If you’re a customer at one of these banks (the list includes Wells Fargo and Citigroup) and you’re thinking of moving your money, there is a spot on the petition for you to note your bank and, if you’re comfortable disclosing, approximately how much money you may potentially move (this will be kept private and only used to get an aggregate figure).

As Sasha von Olderstausen has reported at The Nation, activists in West Texas have been inspired by the Standing Rock water protectors to use direct action in their own fight against a proposed pipeline in their backyard. Also at The Nation, Bill McKibben wrote about the “deep, true story” told by indigenous organizers at Standing Rock and Naomi Klein explored the lessons from Standing Rock that we will need as we gear up to fight the Trump administration.