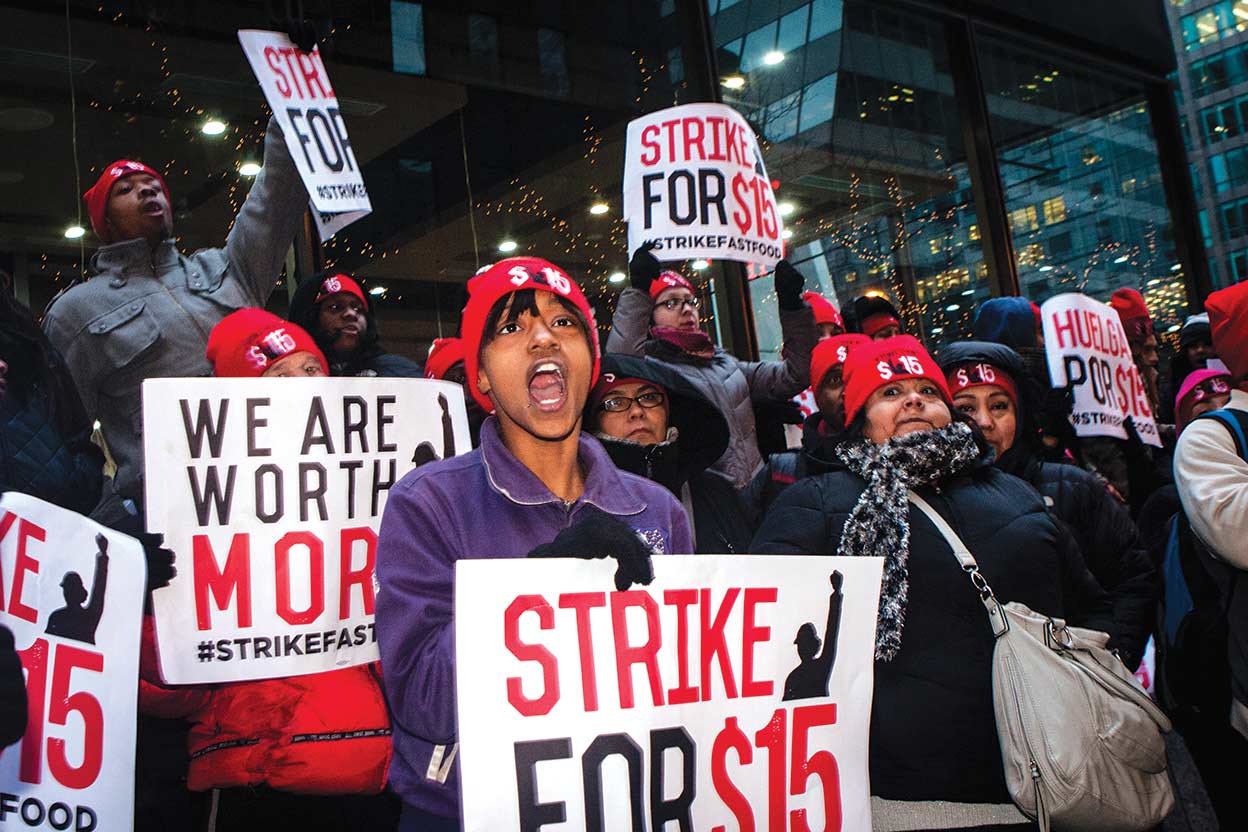 Poverty’s true causes: Lost in the conversation about single parenthood and poverty is the impact of low-wage work on black families. No wonder so many Fight for $15 leaders are black women.

For many of us, Labor Day means a well-deserved day of relaxation, but for low-wage workers in professions like food service and home care, it can mean one of the hardest and longest days of the year, especially when it takes them away from their families.

Activists with Fight for $15 have led a nationwide movement that succeeded in putting a $15 minimum wage bill on Mitch McConnell’s desk—but the Republican-held Senate won’t bring the legislation to a vote. Activists are keeping up the fight, though, and in recent months have achieved $15 wage concessions from a number of major companies, including Citibank. Sign the petition and text JOIN to 64336 to get involved with their fight.

The House has also passed a universal background check bill, but McConnell has stifled that popular legislation too, even as a rogue gunman killed seven people in Odessa, Texas, over the weekend while injuring dozens more. Send a message to McConnell by signing this form, then call your senator and demand action on the House’s background check bill.

Domestic workers care for some of the most vulnerable people in our society, but they’re also some of the most vulnerable and least protected low-wage workers. Ai-jen Poo and the National Domestic Workers Alliance have been advocating for rights for home care workers; you can get involved with their efforts by signing up to volunteer and helping with legal, design, organizing work, and much more.