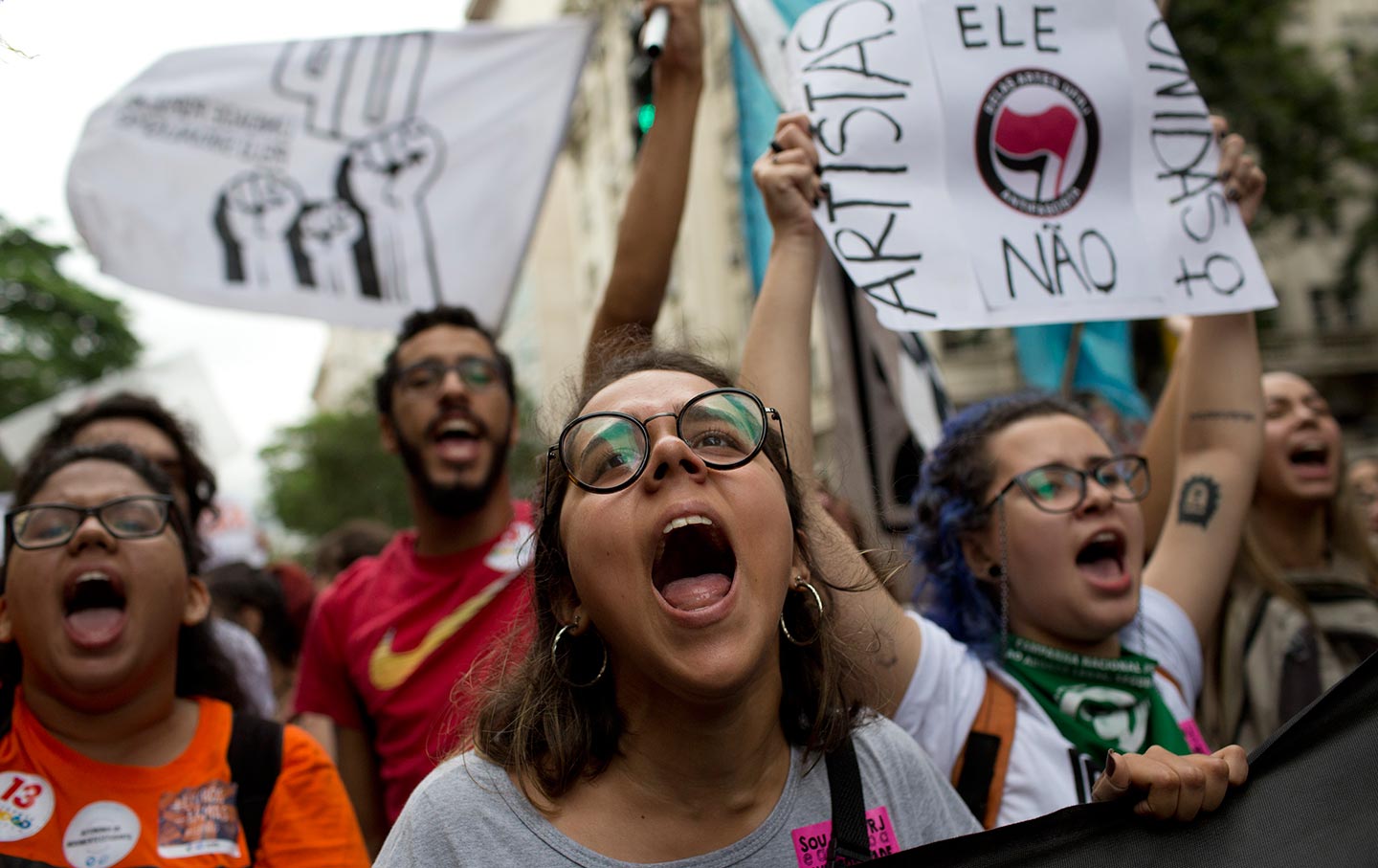 Over the weekend, The New York Times reported on Brazilian president Jair Bolsonaro’s destruction of the Amazon. Since he took office, logging in the world’s largest rainforest has increased by more than 40 percent, endangering one of earth’s most diverse ecosystems and best remaining natural defense against climate change.

An area of the Amazon equal to the size of 500,000 soccer fields has been destroyed in the past year alone. Only immense public pressure can slow the destruction, which is why Avaaz has started a petition that already has more than one million signatures. Add your name and spread the word using the hashtag #AmazonEmergency.

Blackrock, the world’s largest investment firm, funds fossil fuels across the globe and bears acute responsibility for much of the destruction of the Amazon. Use the Sierra Club’s website to send a letter to CEO Larry Fink, then call your elected reps and ask what they’re doing to support legislation that would require companies like Blackrock to disclose the climate risk of their investments.

Bolsonaro’s destruction of the Amazon makes climate action even more urgent. You can help bring the climate conversation into your personal and professional life by signing up for one of Climate Gen’s in-person activist trainings and workshops, and considering joining the Transition Towns movement to shift your community toward climate-friendly policies.