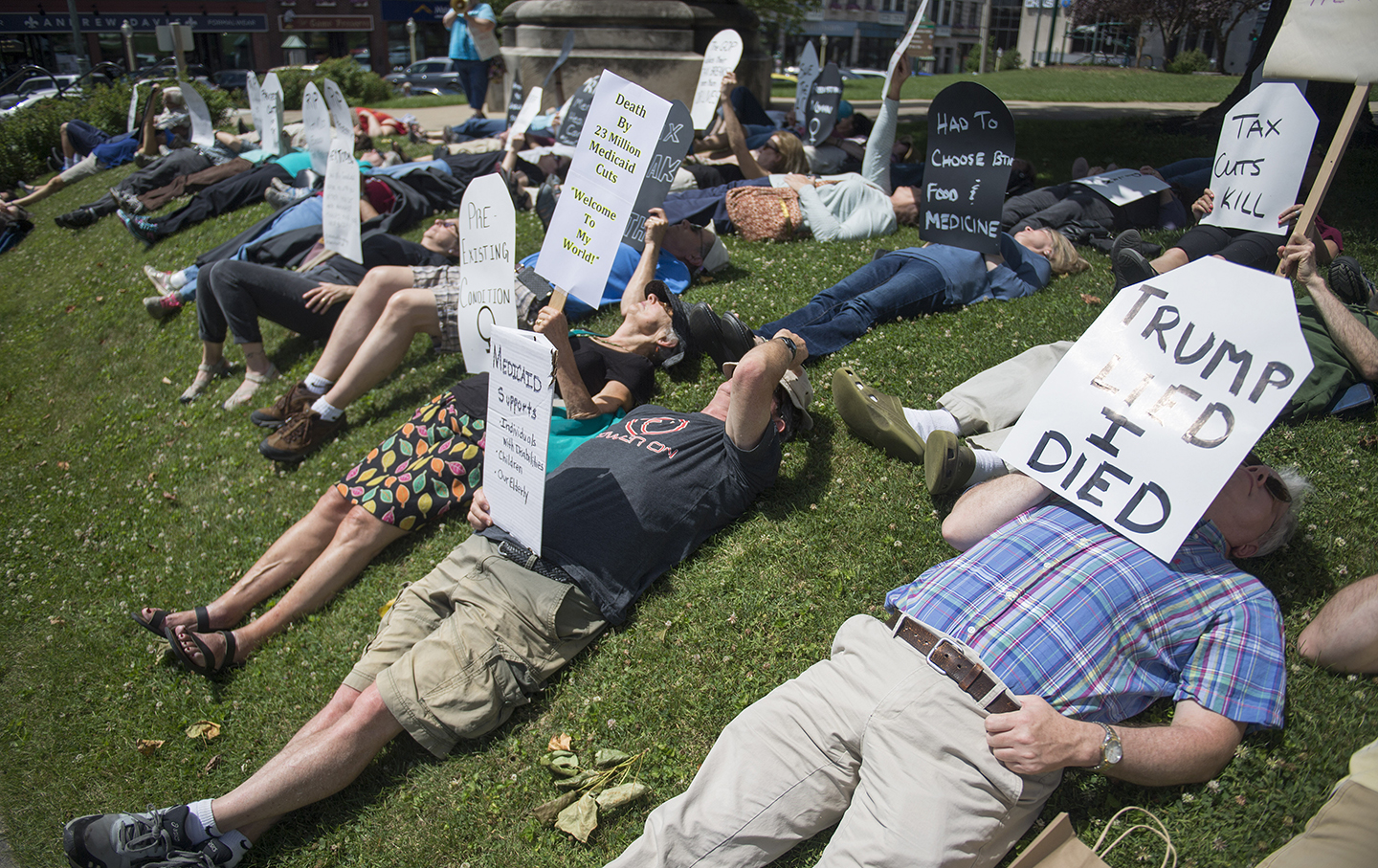 Local concerned citizens gather to protest the current health care bill being considered in the Senate with a "Die-in" at the Monroe County Courthouse in Bloomington, Ind. Monday, June 26, 2017. (Chris Howell/The Herald-Times via AP)

Last week, The Nation launched “Take Action Now,” a weekly newsletter that features three actions each week of varying time commitments. Given how crucial it is to stop Senate Republicans from passing a bill that would cause 22 million people to lose health insurance and how important it is that we fight until the bill is defeated for good, this week’s post is focused entirely on health care.  You can click here to sign up for the new “Take Action Now” e-mails.

NO TIME TO WASTE?
Keep calling your senators to demand that they reject the Republican’s “health-care” bill. This time around, ask specifically for the legislative assistant handling health care. Indivisible has a good guide that lists names and contact information, along with data on on how the bill would likely impact your state. After you call, take a few minutes to contact friends and family in key states with Republicans on the fence about the bill and urge them to do the same.

GOT SOME TIME?
Join the Working Families Party’s Text4Resistance team and help get people out to defeat the Republican’s cruel healthcare bill and the rest of their agenda. “Texters” send personalized text messages to spread the word about events, collect responses to survey questions, or get out key information. You can sign up to be part of the team here. WFP will be in touch for a quick training and next steps.

READY TO DIG IN?
Go to Washington, DC to fight for our health care. Even with the vote on the bill delayed, this is an emergency. If you can, make every effort to get to DC. Opponents of the bill will gather at the Capitol for the “People’s Filibuster” beginning tonight until Thursday. On Wednesday night, groups including Planned Parenthood Action Fund and MoveOn.org will be organizing a human chain around the building. If you can’t make it to DC, there are events planned for West Virginia by MomsRising (details here and here), as well as Indivisible groups organizing across the country.