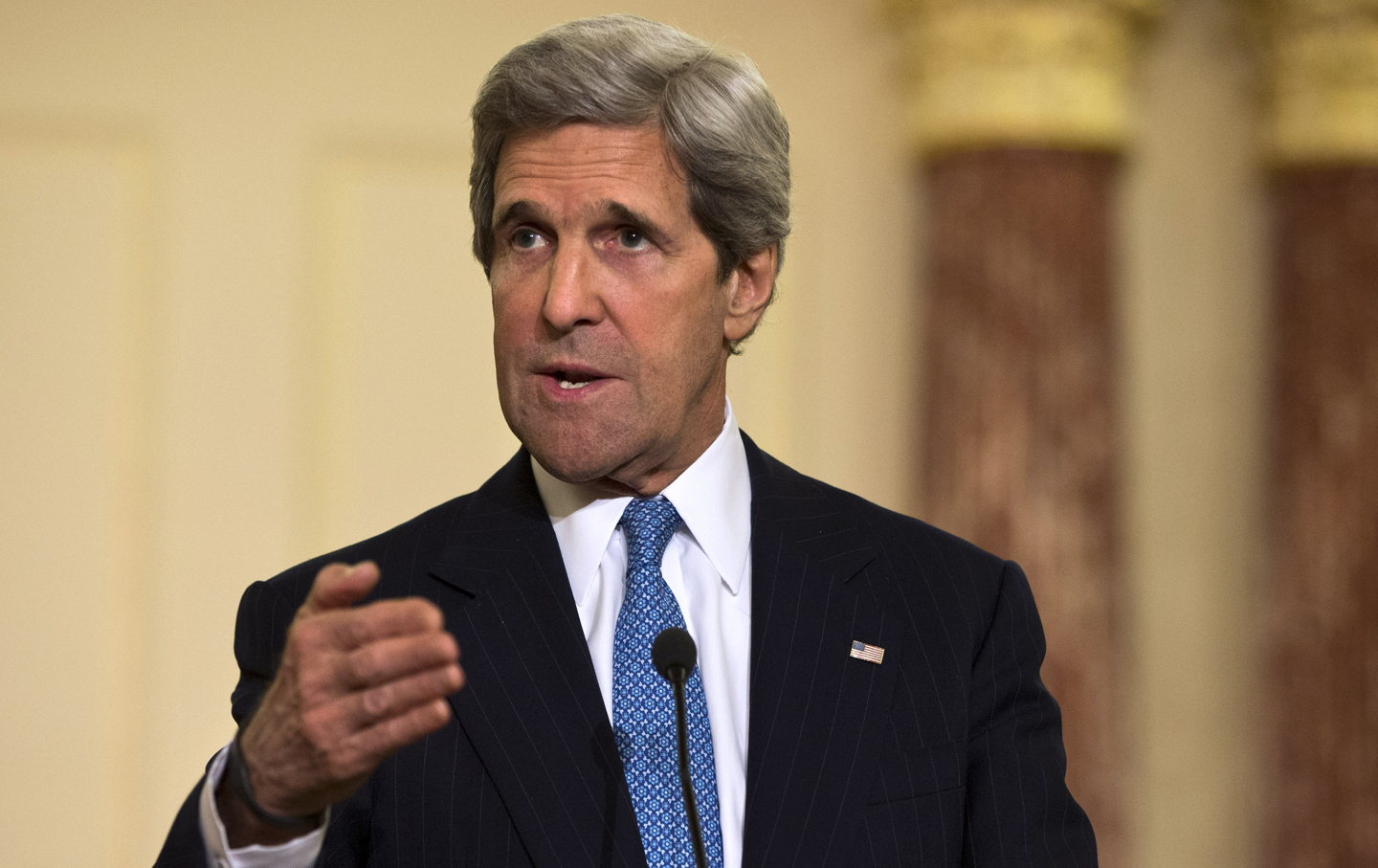 US Secretary of State John Kerry speaks at a news conference in April 2013. (AP Photo/Jacquelyn Martin)

The nuclear agreement with Iran provides ample proof of Secretary of State John F. Kerry’s remarkable commitment and skill in waging diplomacy. In an era when the Pentagon dominates our foreign policy and military options are too often trotted out as first responses, he has resuscitated the United States’ power to lead, pressure, and negotiate—a capacity too often denigrated as “soft power.”

Each week we cross-post an excerpt from Katrina vanden Heuvel's column at the WashingtonPost.com. Read the full text of Katrina's column here.

No good deed goes unpunished. His reward for this is not only a pitched battle at home with hawks in both parties intent on torpedoing the Iran deal, but also what will be an even fiercer struggle with higher stakes: fending off those intent on escalating a face-off with Russia over Ukraine into a new Cold War. Once more, Kerry must preserve our real security interests from those recklessly brandishing America’s military prowess.

The voices calling for a new Cold War—or worse—with Russia are growing louder. “If you want to talk about a nation that could pose an existential threat to the United States, I’d have to point to Russia,” said Gen. Joseph F. Dunford Jr., at Senate hearings on his nomination to be the new chairman of the Joint Chiefs of Staff. Dunford listed Russia as “the greatest threat” to US national security, which will surely startle those old enough to remember 9/11. Even as the United States announced that it was considering training Ukraine’s regular forces, Dunford recommended shipping US weapons to the Kiev regime, another step toward a proxy war with Russia that President Obama has thus far resisted.