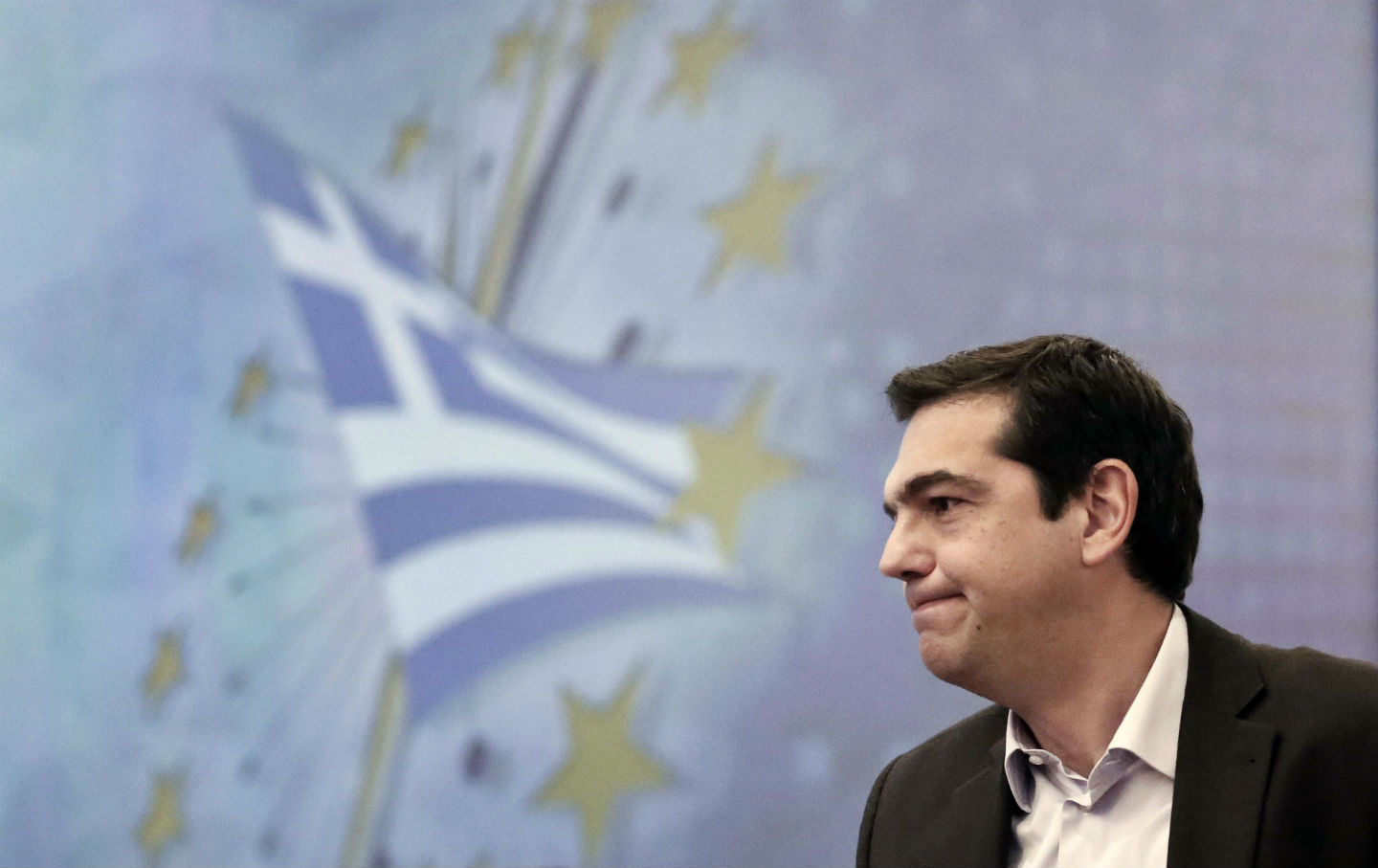 So is this the endgame for Greece and the eurozone? Or is it just another stop on the long road to nowhere? Greece is (almost) bankrupt; the government has submitted a 47-page proposal to its creditors making serious concessions. But last night the creditors handed back an (apparently) take-it-or-leave it deal that Syriza would have a hard time pushing through the parliament. Still, the negotiations (and back-channel murmurs) continue. In the small seaside town of Limni, Euboea, last week, most people I talked to rolled their eyes and said they’d stopped reading the papers or watching the TV news. Life goes on—somehow.

What they know, deep down, is that the real issues are not the primary surplus, or VAT, or pensions, or even the minimum wage and collective-bargaining rights—all current points of contention. The real issues are (a) that the Greek debt is not and never will be sustainable without a writedown; (b) that the real Greek economy can’t compete in the eurozone as it’s currently structured, especially after the devastation caused by five years of austerity, and can’t be made to do so by deregulation; and (c) that though nearly three-quarters of Greeks still want to stay in the eurozone, it’s come to look more and more shortsighted and self-destructive: a bad marriage, a poisoned chalice, a political straitjacket.

As I write, the Syriza government is still trying to square the circle and stick to the mandate the voters gave it on January 25: to stick with the euro and end (or at least soften) the austerity program that’s left a quarter of Greeks unemployed, hospitals without sheets, formerly functioning families without food or shelter. The party, like the country, is creaking at the seams. But despite pressure from Syriza’s Left Platform to flesh out a scenario that includes the case for default, there seems to be no Plan B—and no roadmap for what happens if there is no deal. Most people I put that prospect to develop a deer-in-the-headlights stare. The least well-off repeat what they’ve been saying all along—how much worse can things get, we’ll manage somehow, “seeing and doing,” as the Greek phrase goes. Some just shrug: They can’t believe that Europe would do that to us, or to itself. Others are frozen with fear, or rage (at Syriza or at the creditors), or both.

There’s talk of elections, of course, if negotiations fail, or if the deal is one the Syriza leadership can’t get past the party—which comes to the same thing. It’s difficult to see what purpose those would serve. Goldman Sachs, which helped the Greek government fudge its debt back in 2002, has had the chutzpah to suggest that Greece needs new leadership. The creditors and their allies appear to have a fantasy that there’s an alternative government waiting in the wings—some sort of coalition with the new centrist Potami formation led by a former TV journalist (hatred for whom unites Syriza like nothing else), or with former MPs from decimated Pasok, or perhaps a zombie formation led by New Democracy’s discredited former prime minister, Antonis Samaras. There isn’t. If it can stay united, Syriza would win again—but which Syriza would go the polls? The one that’s against austerity, or the one that’s for staying in Europe? If the Brussels Group, as the troika is now called, insists on forcing the wedge still deeper, there’s no knowing what will follow.

Still, there are silver linings, and even a kind of optimism in the air. Something is moving at last. There are more Greek products in the shops—from soap to food to clothing. The solidarity networks are weary but holding up. As the political scientist Dimitris Christopoulos reminded me, the last time Greece was this deeply riven, the last time the left went head to head with the European establishment, there was a civil war. This time the battle is being fought with documents, not guns. It’s summer. The light is amazing. And whatever missteps or mistakes Syriza may have made, someone has spoken up—for all those crushed by austerity, for hope, for democracy.