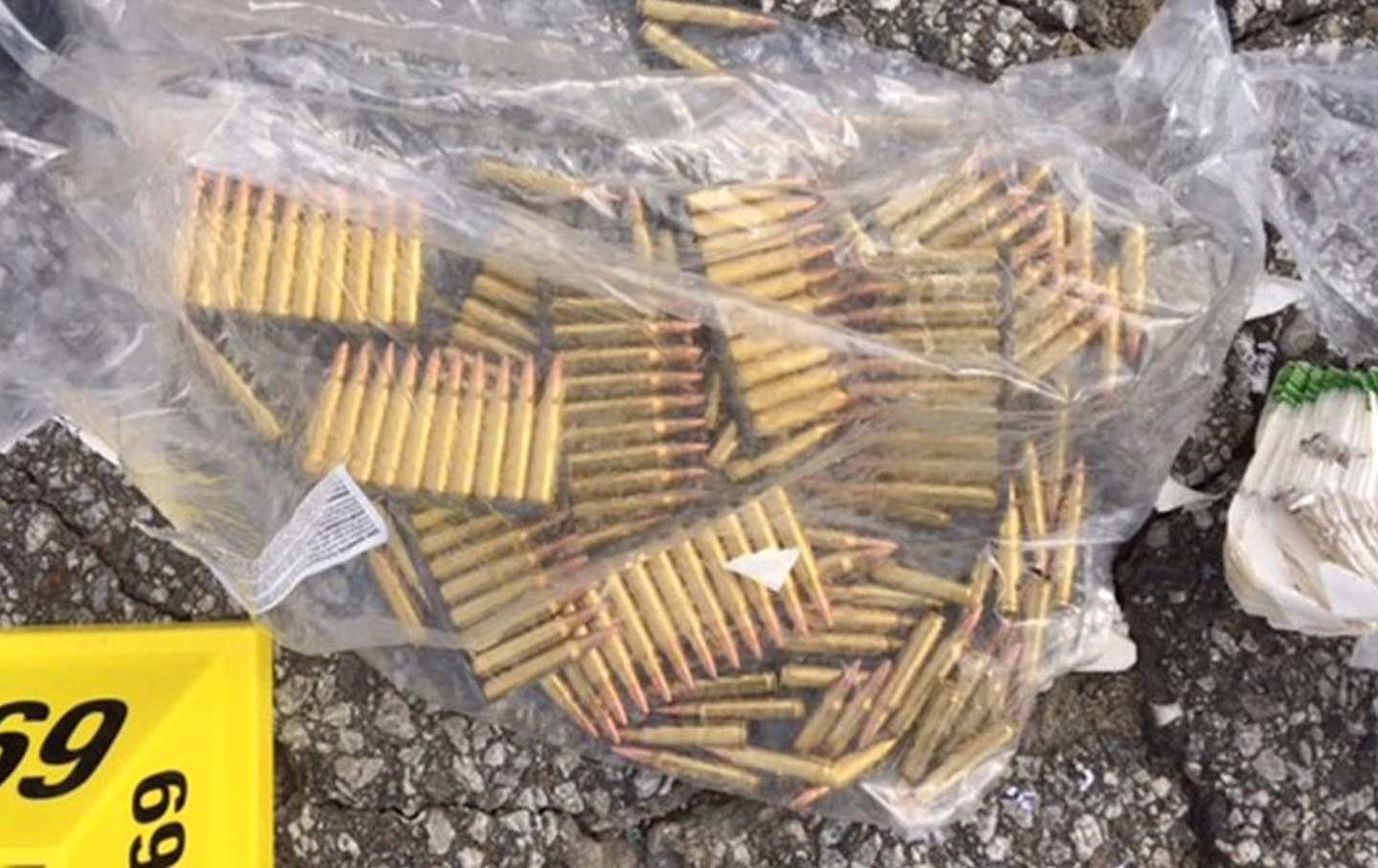 How unusual is it for a gun owner to have two AR-15 assault rifles and 2,500 rounds of rifle ammunition—the “arsenal” police found in the possession of Syed Rizwan Farook and his wife Tashfeen Malik? Many in the media say it suggests a level of planning typical of terrorists. But, in fact, millions of Americans have that kind of “arsenal” at home. The AR-15 is the most popular gun in America—around 8 million have been sold. Two thousand five hundred rounds of ammo for the AR-15 seems horrifying to an anti-gun, middle-class liberal like me—that’s enough bullets to kill 2,500 people!—but, in fact, ammo is sold in 1,000-round boxes, and it’s not unusual for gun owners to buy several boxes when the price is low.

I asked Marc Cooper about it—he’s an award-winning journalist and a friend who’s also a gun person. Two thousand five hundred rounds? “Believe it or not, these are modest amounts of ammo,” he told me. “A gun hobbyist, a target shooter, can easily go through 500 rounds in one two-hour visit to the range. The amount found in this guy’s apartment in no way by itself indicates anything strange.”

Another friend said, “It’s like buying 48 rolls of toilet paper when you go to Costco.”

If possessing two AR-15s and 2,500 rounds of ammo makes you a terror suspect, then we need to investigate several million Americans, most of whom are older white men—and Republicans.

Pipe bombs, of course, are different; most Americans do not make pipe bombs at home.

The New York Times called Farook’s guns and ammo an “arms stockpile”; the Los Angeles Times called it a “massive cache.” The assistant director in charge of the FBI in LA said, “The amount of armaments that he had, the weapons and ammunition, there was obviously a mission here.” The San Bernardino police chief said the guns and ammunition suggest Farook was a terrorist who “may have been planning a second attack.”

How many AR-15s do Americans own? In 2013, in testimony before Congress, the National Shooting Sports Foundation offered an estimate of 5 million to 8.2 million “assault-style weapons.” USA Today in 2014 quoted a former FBI agent saying that the number at that point was “somewhere around 8 or 9 million”—and the rate of new AR-15s being produced, he said,“is just enormous.” The AR-15, one expert said, is “wildly popular.”

Police also found two 9-mm semiautomatic pistols in Farook’s rented SUV, and 2,000 rounds of ammo for the pistols back at the townhouse. That too by itself is not unusual: Guns & Ammo magazine recently called the 9-mm “incredibly popular right now.”

Reports vary on how much ammunition Farook had on hand. The New York Times reported “more than 2,500 rounds for the assault rifles” and “more than 2,000 for the pistols.” ABC news reported “6,000 rounds,” and the New York Daily News said he had “more than 7,000 rounds.” The main reason ordinary American gun owners stockpile so much ammo is that supplies and prices ebb and flow. After mass shootings, and after liberals propose restrictions on ammunition, sales go way up, and the law of supply and demand goes into effect. The peak moments for ammo price spikes came after Obama was elected in 2008, and again in 2013 when Wayne LaPierre of the NRA declared that Obama wanted to “take away” people’s guns after an armed shooter killed 20 children at Sandy Hook elementary school in Newtown, Connecticut. That set off the wave of panic buying, and ammo for the AR-15 doubled in price. So it is common for gun owners to buy ammo in large lots when it is cheaper and plentiful.

New evidence shows that Farook’s wife, Tashfeen Malik, pledged loyalty to the Islamic State in a Facebook post. Together with the pipe bombs, that is much stronger evidence of terrorist plans than owning AR-15s, 9mm pistols, and thousands of bullets—because owning those guns and lots of ammo are as American as apple pie.