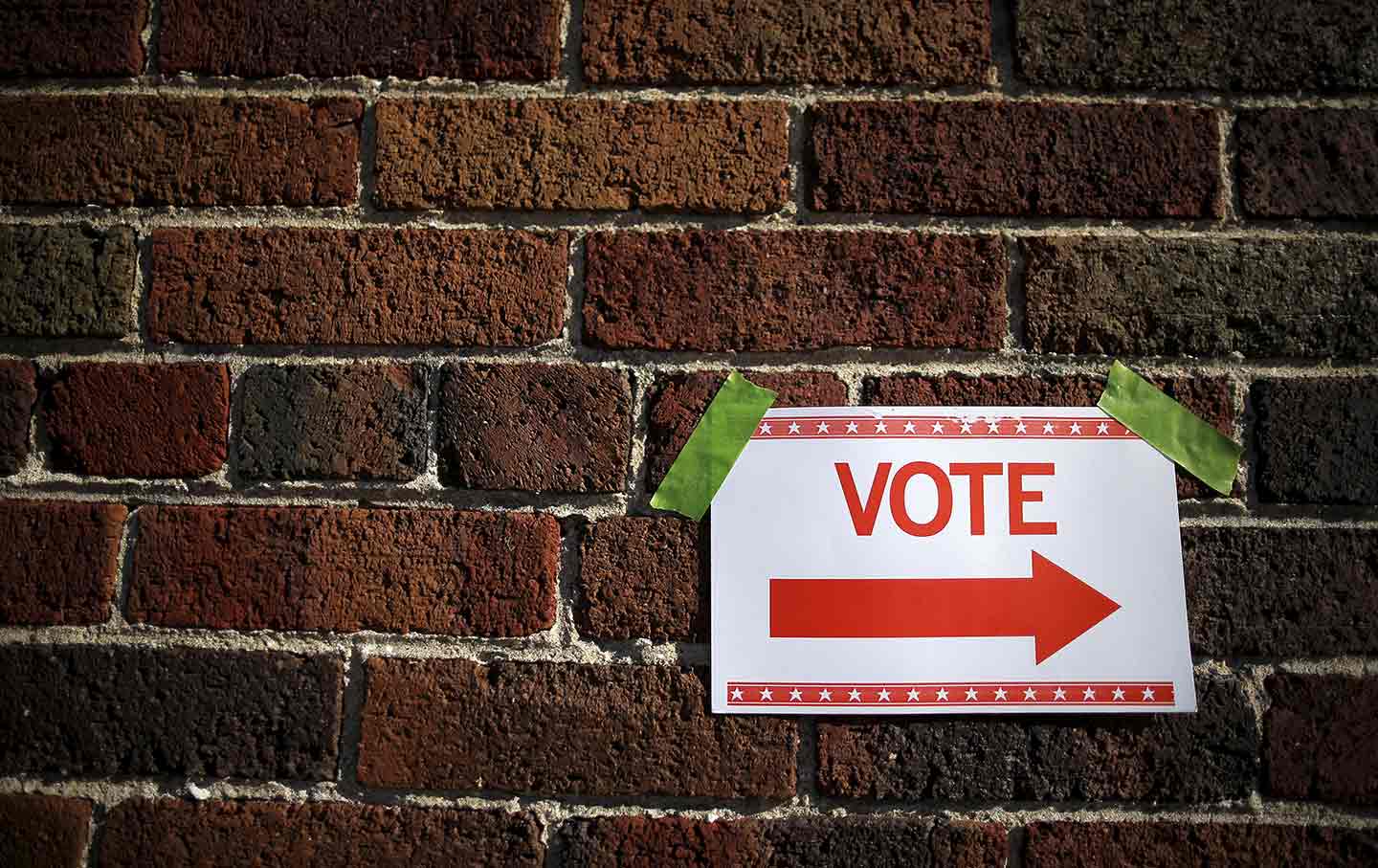 A voting sign taped to a brick wall of a polling station in Milwaukee, Wisconsin, on April 5, 2016. (Reuters / Jim Young)

A fair and functional democracy holds elections in which the popular will is recorded and then used to define the government that extends from those elections.

But that does not mean that the popular will is always reflected in the governing that extends from elections.

For instance, because the Electoral College can upset the results of the popular vote for president of the United States, it is possible for a Donald Trump to lose by almost 3 million votes and still end up in the Oval Office. That’s unfair and dysfunctional. And that is not the only example of unfairness and dysfunction in American electoral politics.

Consider the US House elections of 2012. Democrats won 59,645,531 votes for congressional seats across the country, while Republicans won 58,228,253 votes. In a system where votes were distributed proportionally, Democrats would have won 49 percent of the seats to 47.5 percent for the Republicans, with the remainder going to third-party contenders. But in the gerrymandered system that now exists, Republicans gained almost 54 percent of the seats in the 113th Congress, with a 234-201 advantage and complete control of the chamber.

In 2016, the Republicans narrowly won the national vote for seats in Congress, gaining 49.1 percent to 48 percent for the Democrats, with the remainder of the vote going to independent and third-party contenders. Yet, because of gerrymandering, Republicans won more than 55 percent of the seats in the House, for a 241-194 advantage and control of the chamber by Speaker Paul Ryan.

It’s not just the Electoral College that warps election results.

Under a proportional system designed to reflect the will of the people, the House split in the 115th Congress would be 213 for the Republicans to 209 for the Democrats, with 13 seats going to third-party and independent contenders. That could radically alter debates about health care, climate change, infrastructure programs, presidential accountability, and virtually every other issue.

Gerrymandering has produced similarly unfair and dysfunctional results in states across the country. For instance, in 2012, when Democratic President Barack Obama swept to an easy victory in Wisconsin, and when Democratic US Senate candidate Tammy Baldwin was elected with a substantial majority, Democrats won 53 percent of the statewide vote for State Assembly seats. Yet the Republicans maintained a 60-39 majority in the legislative chamber.

The districts were so thoroughly gerrymandered in favor of the Republicans that a 200,000-vote statewide advantage for the Democrats meant nothing.

That’s what got a group of lawyers thinking that an unprecedented court challenge to gerrymandering might just gain traction. They were right. Last year, a panel of federal judges determined, with a 2-1 vote, that Wisconsin’s Republican-drawn maps were unconstitutional due to partisan gerrymandering.

“We find that the discriminatory effect is not explained by the political geography of Wisconsin nor is it justified by a legitimate state interest,” declared the majority decision. “Consequently, Act 43 [the Republican gerrymandering scheme] constitutes an unconstitutional political gerrymander.”

This week the US Supreme Court agreed to hear an Republican-backed appeal of the lower court ruling. If the high court accepts the argument that gerrymandering is unconstitutional, that could bring a measure of democratic competition to our electoral system.

This a big deal for Wisconsin, and potentially for the rest of the country. The lawyers who have advanced this case argue that they stand a good chance of prevailing—even with a high court that leans to the right on many issue. The decision by the veteran federal jurists on the lower court bench was carefully constructed to withstand challenges. If it is upheld it will lead to a redrawing of maps in Wisconsin—not just for the State Assembly but for the State Senate, which is made up of districts based on the Assembly maps.

But that’s just the beginning. If and when a democracy standard is established for the drawing of legislative districts, other states will surely see challenges. And a discussion about the gerrymandering of congressional district lines could open in Wisconsin and nationally.

Bill Whitford, a former University of Wisconsin Law School professor who was the lead plaintiff in the case has described the Wisconsin case as “truly historic,” Whitford explains that “As a lifelong Democrat, the court’s decision recognizes the power of my voice and the voices of all other Democrats across the state. This decision could have a monumental impact in ensuring that voters’ voices are heard across the nation, regardless of party. I want fair elections, where the voters have the power, not a gerrymander for either side created by self-interested politicians. That’s what today’s decision is all about.”

Gerrymandering in Wisconsin and other states has tipped the balance not merely toward the GOP but toward the far-right wing of the GOP. As Republican primaries became the defining contests in legislative districts, conservatives pushed moderate Republicans to the sidelines.

If fair districts are restored, and primary voters must concern themselves with nominating candidates who are electable in November, moderates in both parties stand a chance, explains former legislator Dale Schultz, who served as the Republican majority leader of the Wisconsin State Senate and who opposed Walker’s agenda on a number of labor and environmental issues.

“This is a victory for democracy—not just for Democrats, but for all Wisconsin citizens,” Schultz, a co-chair of the Fair Elections Project, which has waged the legal battle against gerrymandering, says of the cases progress in the courts. “Everyone benefits from a fair elections process that moderates the worst tendencies of extremists in both parties.”