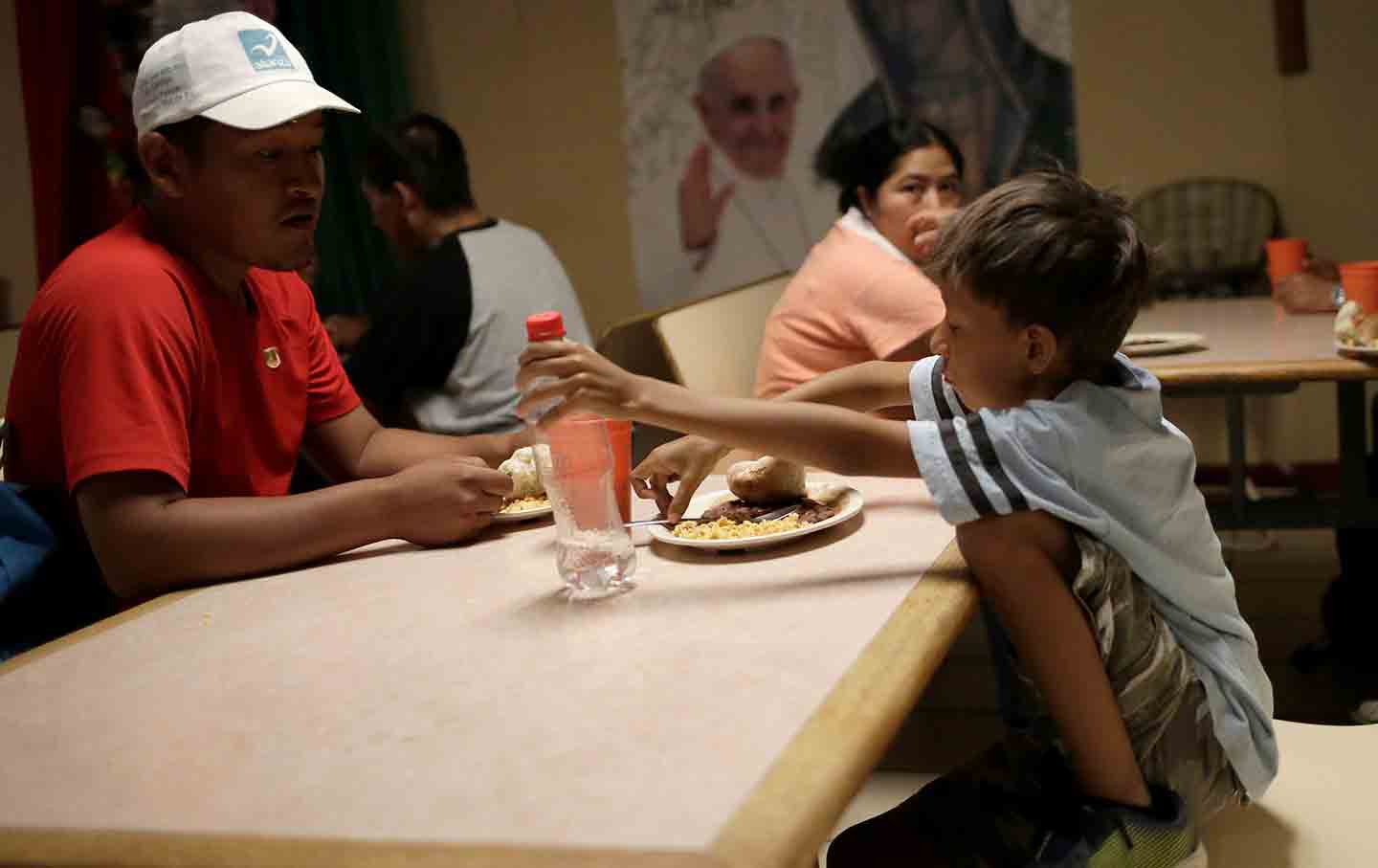 Central American migrants returned to Mexico from the US to wait for their asylum court hearing have breakfast at a migrant shelter in Ciudad Juarez, Mexico, September 12, 2019. (Reuters / Jose Luis Gonzalez)

While many in the media were fixated on Trump’s Twitter spat with Chrissy Teigen, or laughing at the lingering absurdity of Sharpie-gate, the rule of law continued to be shredded apace.

On Wednesday, the Supreme Court’s conservative majority allowed Trump to go ahead with his shutdown of the country’s asylum infrastructure along the southern border while lawsuits against it work their slow way through the system. This, despite lower courts’ having issued injunctions against the policy because of the grave threat it poses to asylees’ lives. And that same day, North Carolina’s GOP legislators came to work in order to override the Democratic governor’s veto of the state budget—despite having assured the Democrats, most of whom were off commemorating the 9/11 attacks, that the session was only a formality and that no votes would be held.

Now, don’t get me wrong; Trump’s hurricane tantrum, followed by Commerce Secretary Wilbur Ross’s Stalin-like threats to NOAA officials when they failed to back the weather forecaster in chief’s ludicrous and baseless claim that Hurricane Dorian threatened Alabama, were disturbing. But in the grand scheme of things, the shenanigans of a cabinet official who has long since proven his yes-man bona fides in toadying up to a would-be dictator aren’t nearly as consequential as the Supreme Court’s allowing Trump to single-handedly rewrite decades of US immigration policy in pursuit of an increasingly overt white-nationalist agenda, while also walking away from America’s international obligations vis-à-vis asylum seekers and refugees. 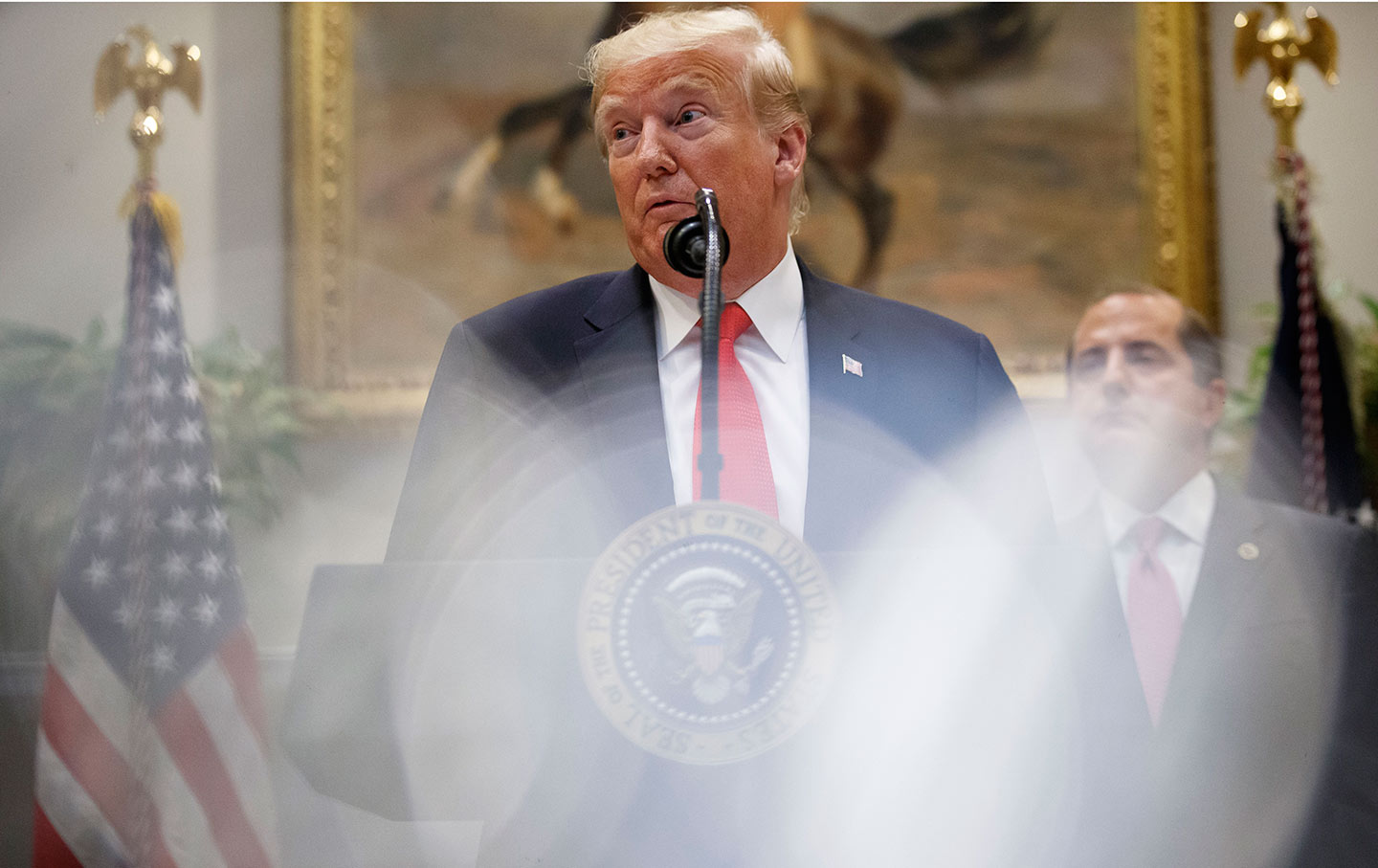 On the hurricane front, the real story this week was, again, about border policy, not Sharpie pens: Washington turned away more than a hundred Bahamian hurricane refugees who lacked the requisite visas. Trump absurdly warned that “very bad people” and drug dealers could enter the United States as purported disaster refugees. And US Customs officials took—kidnapped, really—a 12-year-old Bahamian girl away from her godmother when she arrived on US soil, refused to let her aunt collect her in Miami, and then dumped her into a shelter for abandoned children. Remember the GOP’s outrage when the Clinton Justice Department took Cuban child Elián González from US relatives in order to return him to Cuba to be with his father? Well, now child abuse is official government immigration policy—and the GOP hasn’t a word to say in criticism.

Domestically, just-released data shows that, for the first time in a decade, the number of Americans without health insurance went up last year—and not by a little bit, but by 2 million, mostly because of cuts in Medicaid enrollment. That’s what happens when the federal government persistently undermines the Obama-era Affordable Care Act, and when GOP-controlled states reject federally subsidized Medicaid expansion. The trend was partly bucked by California, which has invested huge amounts in expanding its health systems and publicizing its insurance exchange—but even there, the percentage covered dipped slightly. This ought to be a front-burner story, but it came and went with barely a media whimper, as did a similar story a few months back showing large declines in the number of kids covered by the Children’s Health Insurance Program.

Don’t get distracted by the Twitter fights and pandering of Trump hirelings. Brutal practices are being normalized by this administration and its allies in other branches of government, and utterly destructive policy decisions are being rolled out daily.

Onward and upward, in solidarity and in peace…