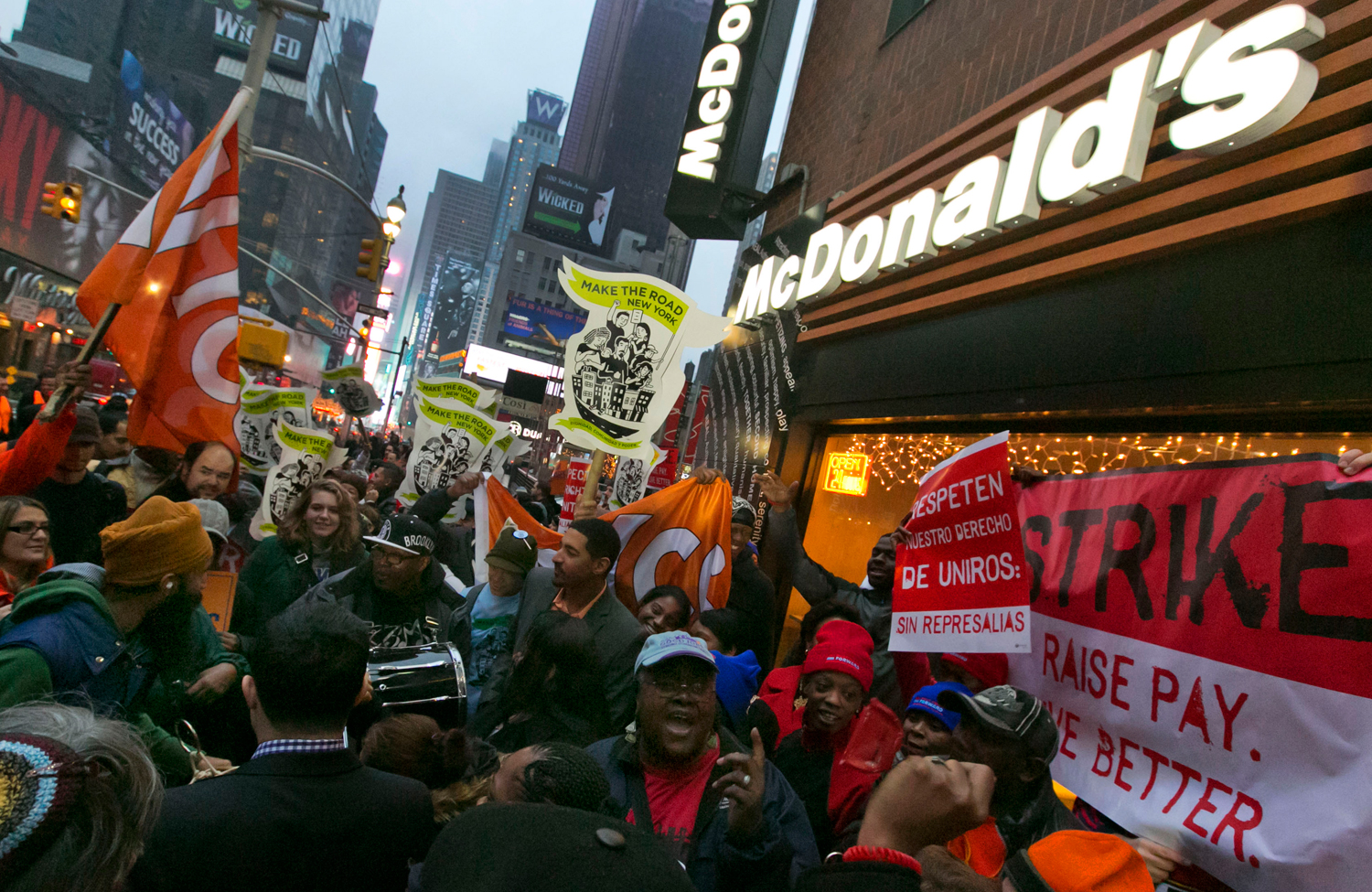 Demonstrators rally for better wages outside a McDonald's restaurant in New York, as part of a national protest, Thursday, Dec. 5, 2013. (AP Photo/Richard Drew)

One year after 200 workers walked off the job in New York City, the movement for justice for fast-food workers has grown significantly. Today, in their largest demonstration yet, workers in more than 100 cities across the country are expected to walk off the job. The actions are part of the movement for a $15 an hour standard rate—a significant and much-needed raise from the current median of $8.81—and the right to join a union.

Add you name to the call to the incredibly profitable fast food companies to pay their workers $15 an hour. Then, if you have some time today, find a rally near you and put your body on the line for fair wages.

The Nation’s Allison Kilkenny talked to some of the striking workers about the challenges of living off low wages.

Many people assume that fast-food workers are teenagers earning beer money. In a video promoting today’s historic strike, economist and former Secretary of Labor Robert Reich debunks the many false assumptions people hold about fast-food workers and outlines the benefits we’ll all see if they’re finally given the raises they deserve.