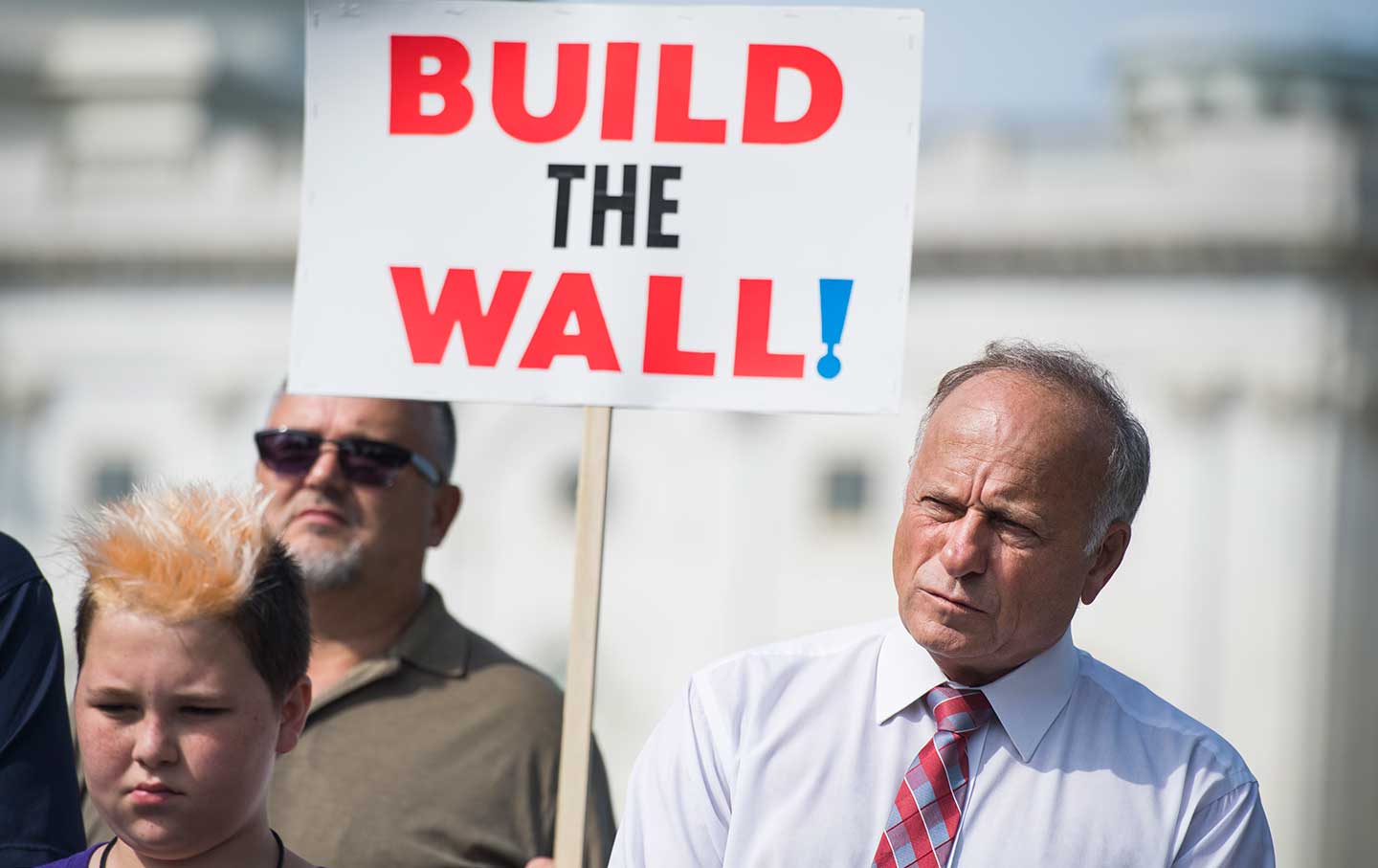 On September 7, 2018, Representative Steve King (R-IA) attended a rally with Angel Families on the East Front of the Capitol, which highlighted crimes committed by illegal immigrants in the United States. (AP / CQ Roll Call, Tom Williams)

The House resolution addressing Iowa Republican Representative Steve King’s blatant racism was so obscure in its language and construction that even King himself voted for it. Referencing remarks the xenophobic congressman made last week to The New York Times, the resolution suggested that the House “once again rejects White nationalism and White supremacy as hateful expressions of intolerance that are contradictory to the values that define the people of the United States.” But it did not even mention King by name.

That made it possible for King, a political careerist who is struggling to preserve his position, to join 423 colleagues in voting for the measure. Just one House member voted no—US Representative Bobby Rush, an Illinois Democrat who has been organizing against racism since his days as a Student Nonviolent Coordinating Committee activist more than 50 years ago, objected.

“It is not strong enough. We need to censure Steve King,” explained Rush.

“Steve King has made a career of making racist statements. That is the only thing he is known for and this pattern of rabid racism must be confronted head on by the House of Representatives.” —Congressman Bobby Rush

Noting that the tepid resolution that the House backed on Tuesday “just restates the obvious,” the Chicagoan complains that “It does not address Steve King’s violent, vitriolic, and rabid racism. This Democratic resolution is an insult to the legacy of Martin Luther King Jr. as we recognize his birthday.”

Rush has authored a proper censure resolution, which details a long list of instances in which the Iowa congressman has expressed crudely racist and xenophobic anti-immigrant, anti-refugee, and anti-Muslim sentiments.

“Steve King has made a career of making racist statements. That is the only thing he is known for and this pattern of rabid racism must be confronted head on by the House of Representatives,” says Rush, whose own resolution names Steve King and calls for him to stand in the well of the House for a formal “pronouncement of censure.”

The House has a duty to call King to account, says the Illinoisan, who proposes to make the Iowan the 24th member in the history of the chamber to be censured.

Bobby Rush is right. The House needs to schedule a floor vote that will clearly and unequivocally “punish [Steve King] for his bigotry and racism.”