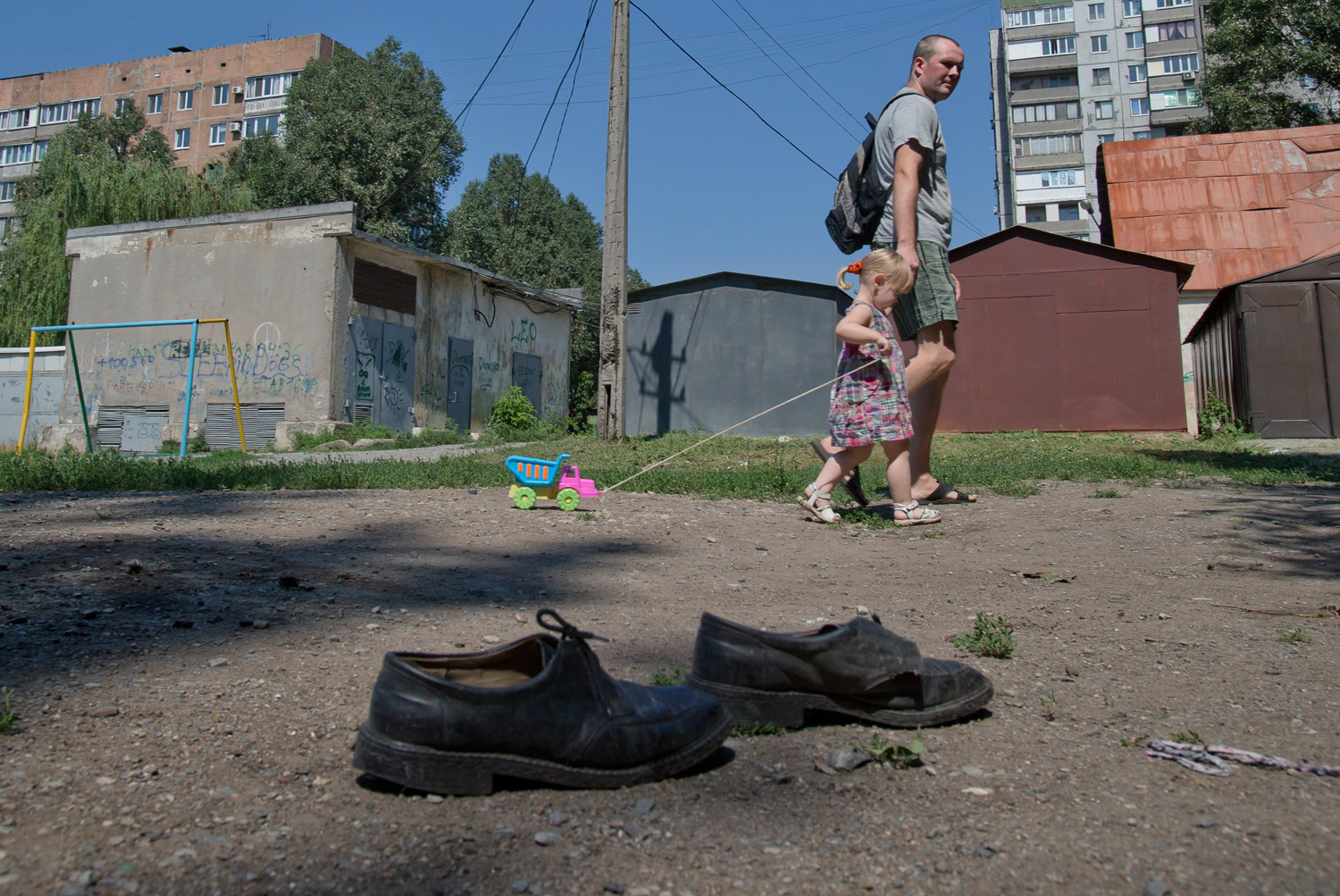 A man walks his child past the shoes of a civilian fatality, victim of a Ukrainian army shelling in Donetsk, Ukraine. (AP Photo/Vadim Ghirda)

Stephen Cohen, contributing editor at The Nation, visited The Jon Batchelor Show on Tuesday to discuss the latest developments in the Ukrainian conflict. While discussing the nature of the Kiev government, Cohen remarked, “According to Washington…this is a democratic government that represents the Western, democratic, capitalist aspirations of the Ukranian people…In my judgement that is a false characterization of this regime. This regime is corrupt, it is bent on war with Russia, possibly because it knows that only if it can bring the United States and NATO into the war does this regime have a chance at surviving.”