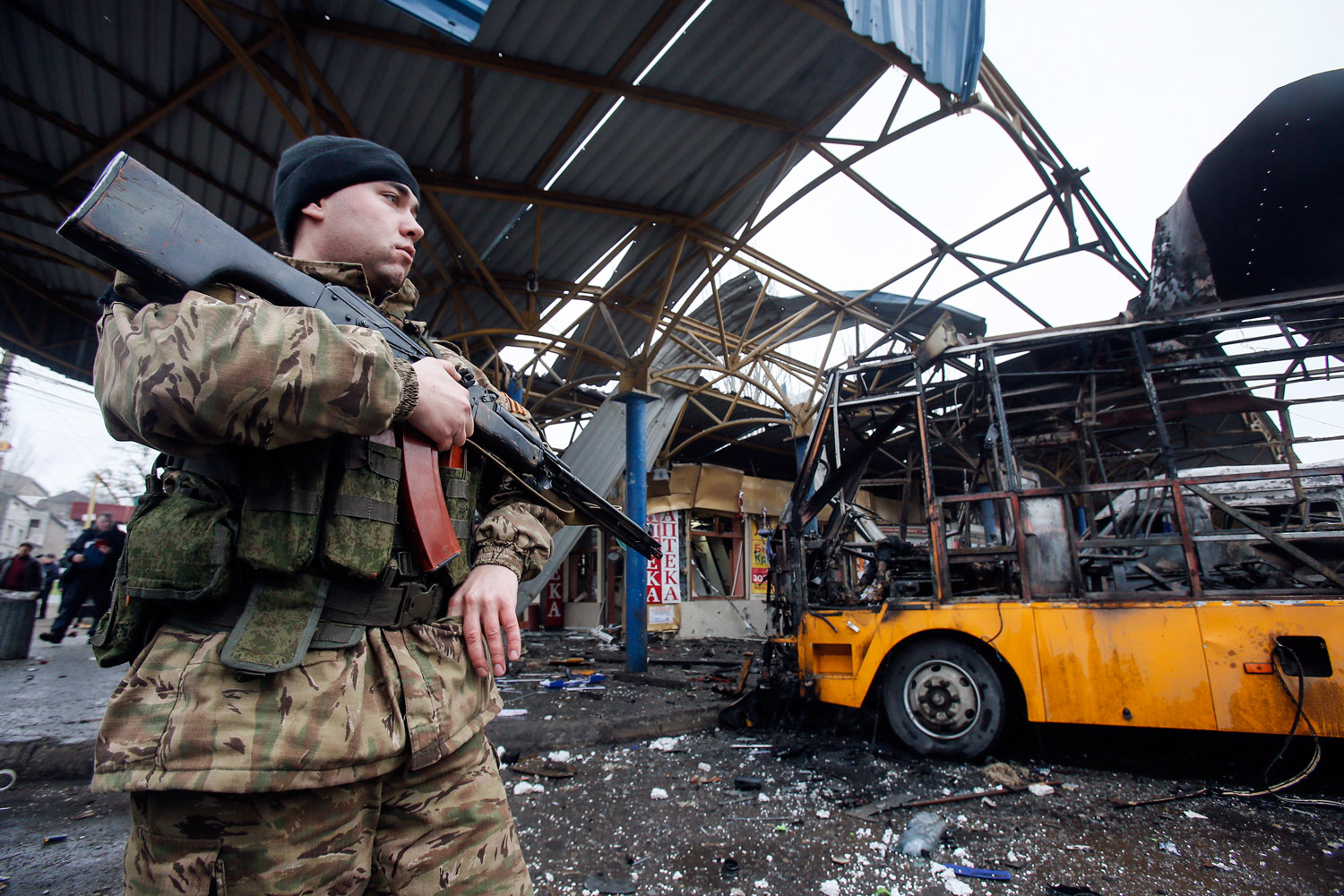 A member of the separatist armed forces stands guard at a Donetsk bus station destroyed by shelling. (Reuters/Maxim Shemetov)

Stephen Cohen, contributing editor at The Nation, joined The John Batchelor Show on Tuesday to talk about the ongoing crisis in Ukraine, and whether or not the recent Minsk 2 deal will succeed.

“For all of us who don’t want war with Russia,” Cohen said, “Minsk 2 may be the last chance.” He explained that the recently brokered deal has a lot of “moving parts,” some of which may fail. But Cohen emphasized that the most important part is the fragile cease-fire. “Without the ceasefire,” he said, “none of the other parts—political, economic and the rest—come into play.”