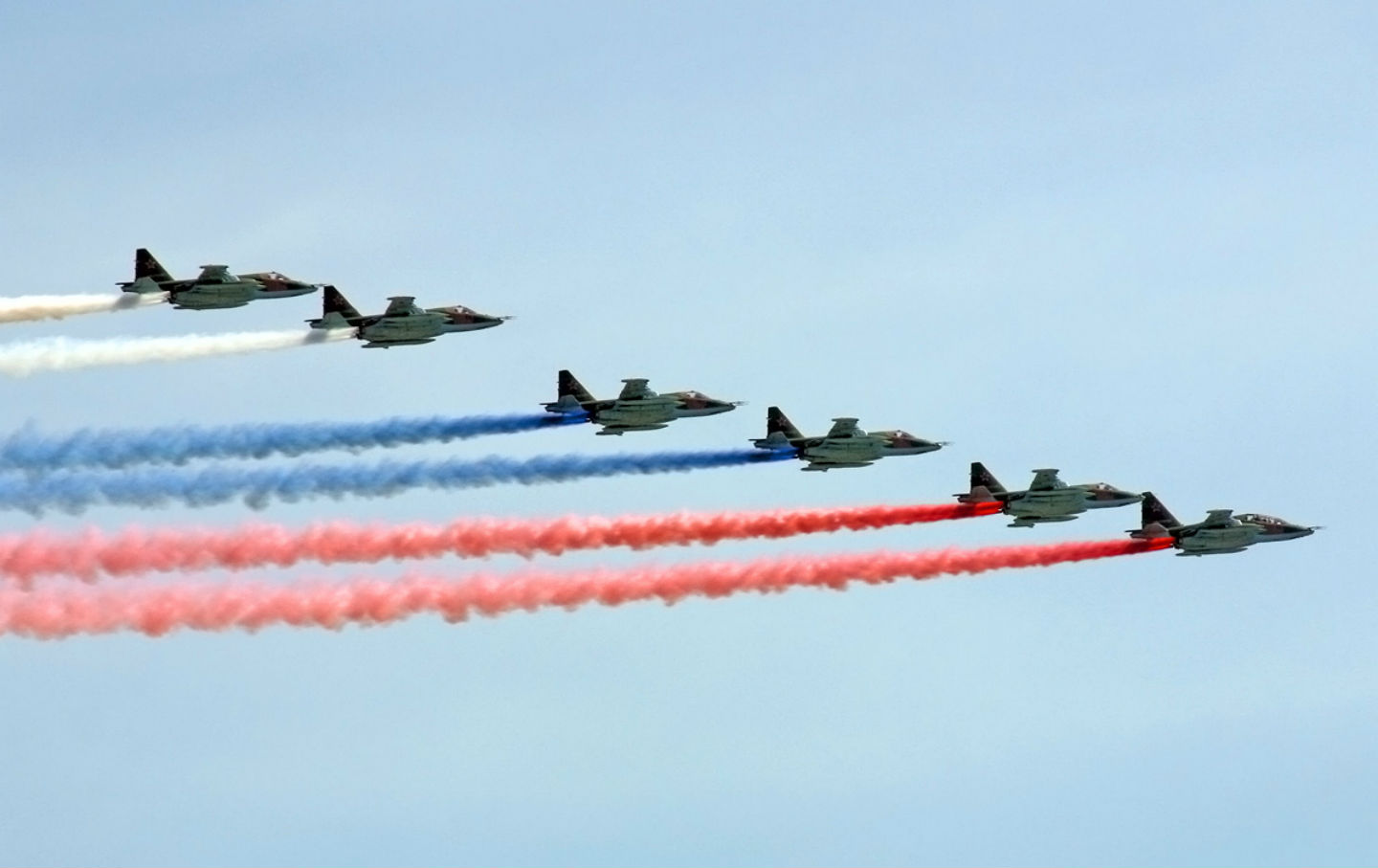 Stephen Cohen, contributing editor at The Nation, joined The John Batchelor Show on Tuesday to revisit the popular narrative of American exceptionalism in World War II. As Moscow prepares to celebrate Victory Day, marking the defeat of Nazi Germany in 1945, Cohen urged listeners to reject Washington’s attempt to “spoil” the 70th anniversary. “We have the Saving Private Ryan American narrative of World War II,” said Cohen. “I read often…that the liberation of Europe was Eisenhower’s achievement. This is historically untrue…America won the war in the Pacific and Soviet Russia won the war in Europe.”

The conversation raised important questions about historical memory and how the 27 million USSR dead are remembered in both Russia and the United States. Emphasizing the magnitude of the loss, Cohen remarked, “At least 60 percent of every Soviet family lost a member of the nuclear family—mom, dad, daughter, son—in the war. It meant that millions of children grew up without ever knowing their fathers.”

International participation in the holiday has been under intense scrutiny amidst the conflict in eastern Ukraine. Last week, the White House said that President Obama will not be in attendance. According to Cohen, “The decision not to go by Washington and EU leaders is a grave mistake, because it won’t be forgotten or forgiven in Russia for a very long time.”