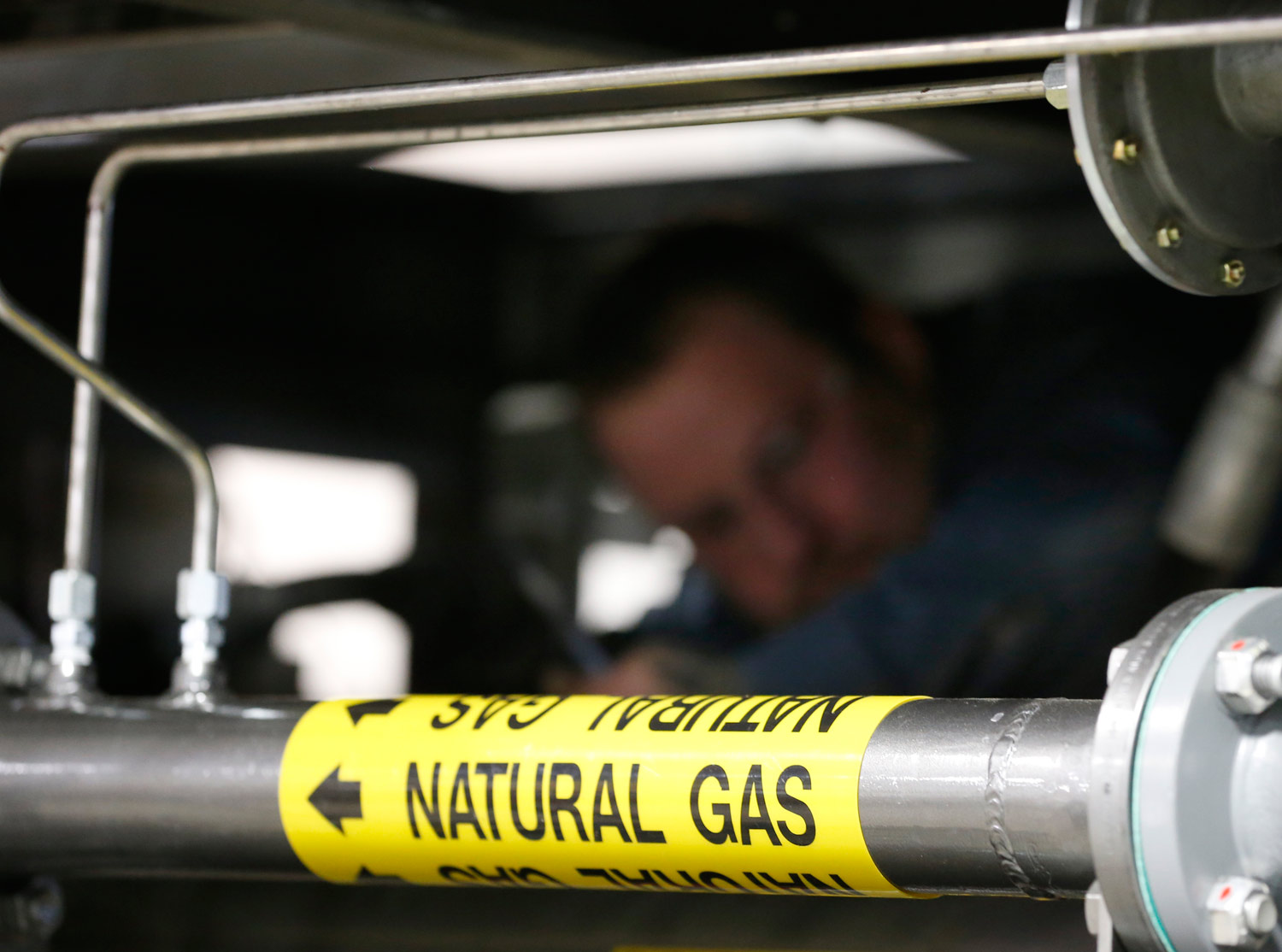 Today, the congressional Energy and Commerce committee's  subcommittee on Energy and Power is scheduled to hold a hearing on Representative Cory Gardner’s (R-CO) bill to force the Obama administration to approve all applications for new liquefied natural gas terminals used to export natural gas. A close look at the staffers involved with this particular subcommittee reveals that several have close ties to the LNG industry.

– Energy and Power staff counsel Patrick Currier is a former lobbyist for gas and energy companies, including the Gas Processors Association, FirstEnergy Corp, and the CCS Alliance.

– Energy and Power chief counsel Tom Hassenboehler is a former lobbyist for America’s Natural Gas Alliance, one of the most vocal trade groups pushing to build more LNG export capacity.

The chair of the subcommittee, Representative Ed Whitfield (R-KY), also has a stake in this debate. The most recently available personal finance disclosures show Whitfield holds between $250,000-$500,000 in stock with ExxonMobil and holds between $250,000-$500,000 with Chevron — two companies that would gain substantially from new LNG export terminals. ExxonMobil is heavily invested in expanding into the LNG industry, and last week, posted an item on its company blog criticizing the Department of Energy for its “go-slow approach to processing [LNG terminal] applications.” Earlier this month, Chevron chairman John Watson told a crowd in Houston that there’s “no question that sufficient gas exists in the US and Canada to export globally.”

Bill Cooper, president of the Center for Liquified Natural Gas, a pro-LNG export association, said he is “happy” about the wave of political support. “We didn’t gin up the Ukrainian crisis. We didn’t gin up the idea that it ought to be connected in some way to LNG exports. But Congress did, obviously, and a lot of editorials, experts and geopolitical analysts have all jumped on that. We appreciate the attention that LNG exports are receiving, and if it does provide a catalyst to make something happen that heretofore has not, then we’re going to be very happy with that,” Cooper told NGI Daily.

On the other side of Capitol Hill, Senator Mary Landrieu (D-LA) held her own hearing on the topic of LNG exports. “Landrieu is expected to make the case that an increase in liquified natural gas exports would create high-paying jobs and turn the US into an energy superpower,” buzzed The Hill’s Overnight Energy before the hearing.

As Republic Report has noted, pundits and politicians closely aligned with the LNG industry have used the crisis in Ukraine to demand more LNG exports, even though doing so would not hamper Russia’s dominance over the market or affect the price of gas in the region.