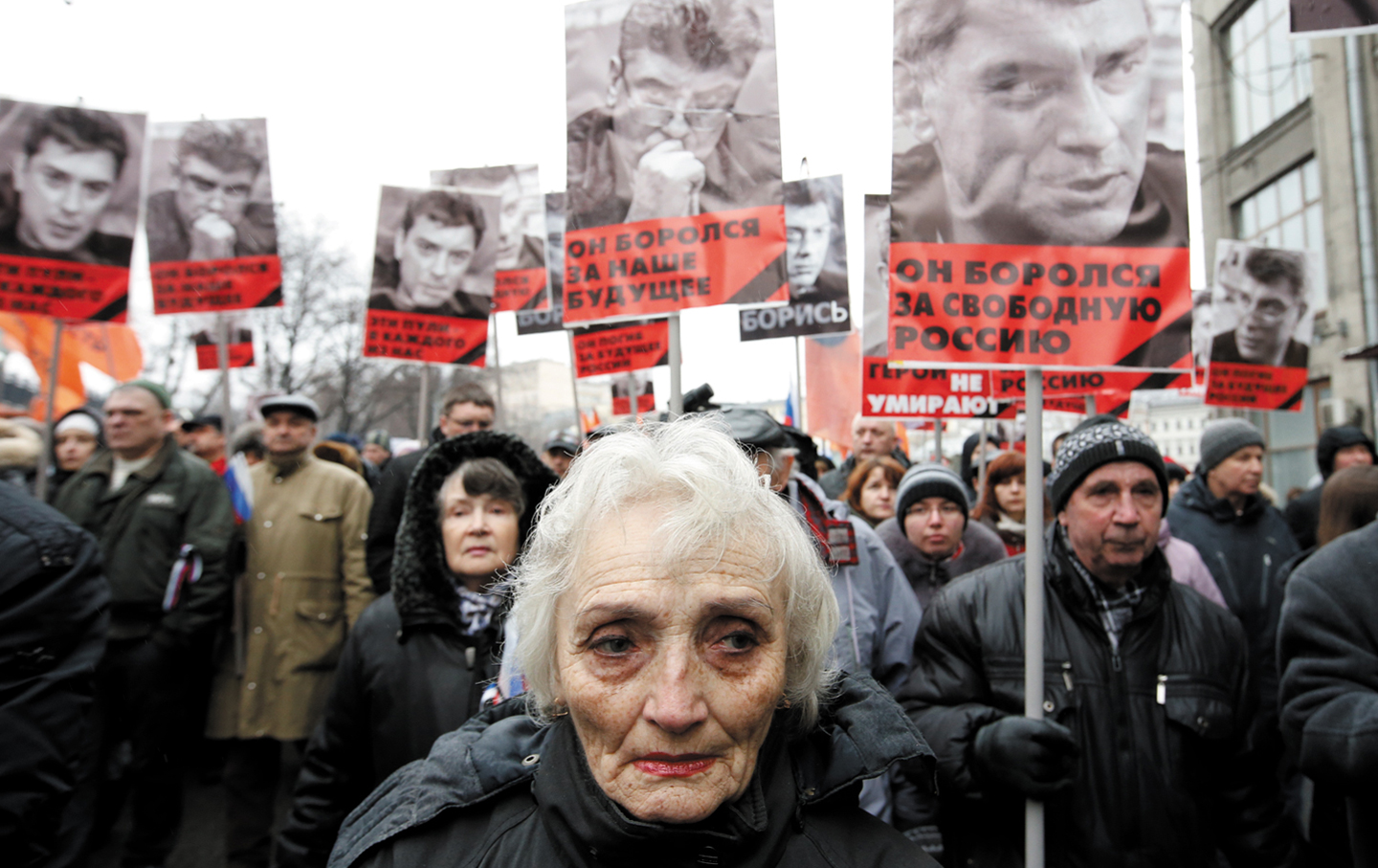 Russian protesters hold signs with the image of Boris Nemtsov, a prominent opposition leader murdered in Moscow on February 27. A physicist and former governor of Nizhny Novgorod province, Nemtsov was an ally of the late Russian president Boris Yeltsin. His body was found just blocks from the Kremlin, shot six times in the back.